We can no longer accept traffic deaths | Opinion 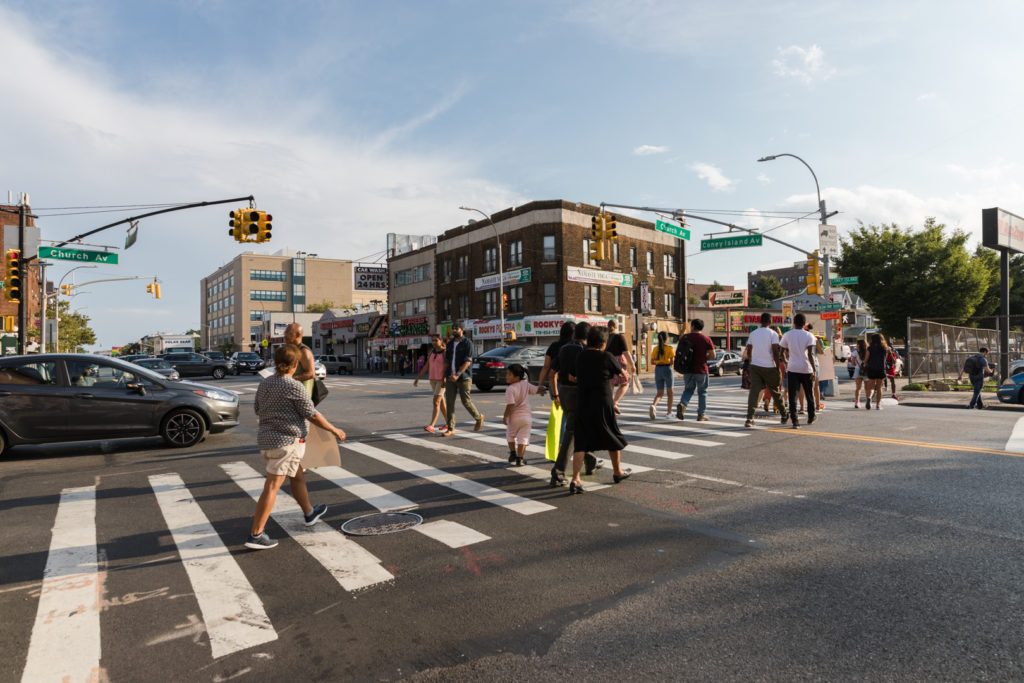 A memorial for María del Carmen Porras Hernández, who was fatally struck by a car in July 2019, proceeds across the intersection of Coney Island and Church avenues in Kensington. Photo: Paul Frangipane
Share this:

Today, more than 3,000 men, women and children will likely be killed in a traffic crash around the globe.

That is why we, as religious leaders here in New York, joined together with the United Nations, the World Health Organization, Families for Safe Streets and faith leaders around the world in commemorating World Day of Remembrance for Road Traffic Victims earlier this month. Together, we mourned the millions killed and injured in crashes each year and prayed for safer streets, so that we might help to end the horrific pain and suffering traffic accidents cause in our city and communities.

This is not just a New York problem, however. Death and injuries due to traffic crashes is a global problem that hurts individuals and families from every religion, race, ethnicity, and economic status. In the U.S., it is a national epidemic and a public health crisis, as lethal as gun violence or opioid addiction. Nearly 40,000 Americans are killed every year — the equivalent of a regional plane crashing every single day — and millions more are injured each year.

The numbers for New York City alone are staggering: Every two hours someone is killed or seriously injured in a crash. A traffic crash can become a divider for so many people, of a life before and a much diminished life after. We all know someone whose life has been changed by a crash: mothers and fathers, sons and daughters, sisters and brothers, friends, neighbors, co-workers.

It is fundamentally important that, as a community, we be united against traffic violence. All of us — whether Christian, Jewish, Muslim, Buddhist, Hindu, any faith, or none at all — have the right to move around on livable, safe streets. It is up to all of us to be part of the solution.

Families for Safe Streets is one group helping to fight the rising tide of traffic crashes, as their members have paid the ultimate price during this epidemic, from burying loved ones, to losing limbs, cognitive function and in many cases, their homes and financial means. They have most certainly lost their sense of safety, yet they have garnered the strength and vision to transform their pain and grief into action, fighting each day to prevent anyone else from experiencing similar devastation. They can’t — and shouldn’t have to — do it alone.

As leaders of faith, we not only honor the memory of those who’ve perished and offering healing to those who’ve been injured (and to the many caregivers too), but encourage our community members to do what we can as individuals each day to make our streets safer, and call on our city, state and federal elected officials to demonstrate bold leadership on this issue.

We hear a lot these days about repairing our “infrastructure,” surely a necessary undertaking. At the same time, we hope equal attention will be paid to ending the epidemic of traffic violence. We shouldn’t simply accept the deaths of 100 people each day in our country. Human life is precious, and its protection should be our top priority.

We offer our prayers, not just for those who suffer, but also for our political leaders to have the wisdom and courage to guide our country towards a vision of safety, to implement solutions that have worked elsewhere in the world, and to do all they can to make sure no one else is killed or injured in this senseless way.

Dolan is archbishop of New York. Bernard is senior pastor of the Christian Cultural Center in Brooklyn. Potasnik is executive vice president of the New York Board of Rabbis. The three are chair, president and vice president respectively of the Commission of Religious Leaders.