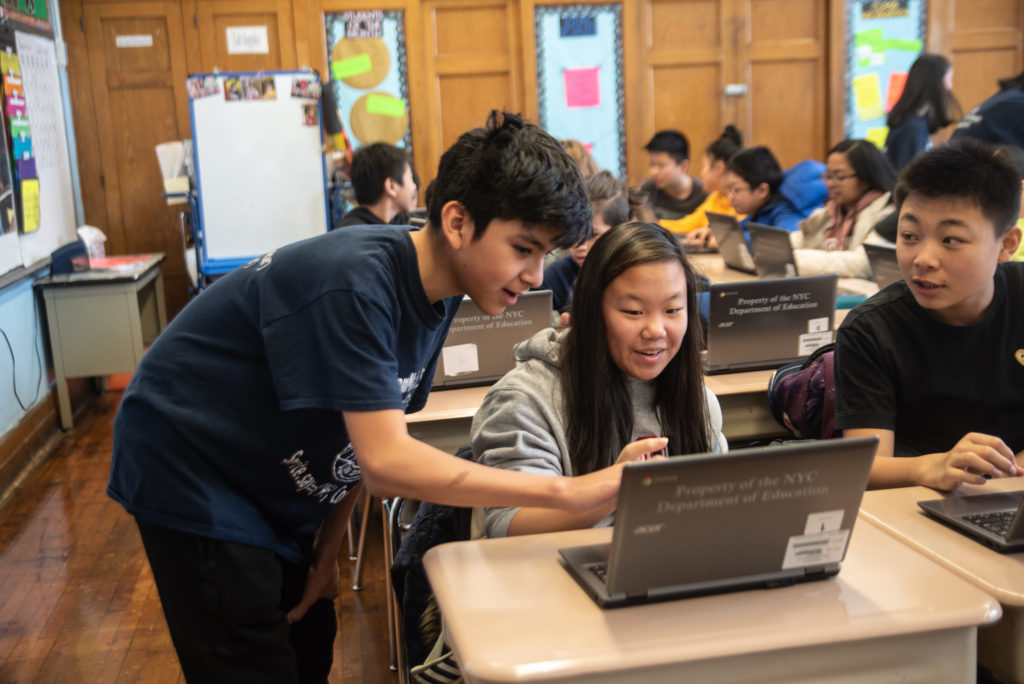 There are troublesome gaps in planning for emergencies like active shooters at New York City public schools, according to an audit released last week by State Comptroller Thomas DiNapoli.

Three of the Brooklyn schools did not follow proper protocol for vetting visitors, according to the audit. Fewer than half of the members attended the required monthly school safety meetings. While principals are required to have a hard copy of the school safety plan, none of the principals in the four Brooklyn schools surveyed had one (though one existed somewhere in the school). One of the four schools listed outdated school personnel in the safety plan, and failed to list an alternate evacuation exit.

Citywide, examiners found instances of unarmed door alarms, radios that were turned off or not functional, outdated information for key school personnel and late or missing school safety plans, among other problems.

The state requires school districts to “plan for the unthinkable,” DiNapoli said in a statement. “While it’s clear the New York City Department of Education takes school safety seriously, there are gaps that must be addressed.”

Over the past three school years, DOE reported 219 school lockdowns and 684 instances in which students and staff had to shelter-in-place.

Shelter-ins are the result of outside activity, not something happening inside the school, according to DOE. The only action required is for the front doors to be closed — classroom instruction and activity does not stop.

City school officials say that in many cases, the city’s safety plans go further than the state’s. Schools are required to complete four lockdown drills and eight evacuation drills throughout the year, for example. Still, DOE will be following some of the comptroller’s suggestions.

“Safety is our top priority, and each year every school building submits an individualized safety plan that is reviewed and approved by the NYPD and exceeds state requirements,” DOE spokesperson Mirands Barbot told the Eagle. “As we continue to work with NYPD on a daily basis to ensure safety at every school, we’re immediately implementing some of the comptroller’s findings and will take others into consideration.”

The state’s Safe Schools Against Violence in Education Act mandates that schools train to prevent and respond to violence and establishes a uniform system for reporting incidents.

This includes requiring principals to have a copy of the school safety plan with a list of current personnel, floor plans and safety exits; rules on vetting visitors; monthly school safety meeting requirements and other measures. Schools must file the plans with state police. In New York City, schools file these plans with NYPD.

The audit found many of the safety plans were missing important information, including procedures to conduct drills; procedures for responding to threats of violence by visitors to the school; duties of school safety personnel and other issues. Five of the 25 schools citywide did not conduct the minimum amount of evacuation or lockdown drills. Three of the 25 plans were outdated, and many of them were not stored in a secure location. In many cases, attendance at the monthly School Safety Committee meetings was poor, and not all of the required meetings were held.

In addition, city regulations don’t always align with the state’s rules, the comptroller’s report said. For example, the state gives schools one month to submit school safety plans at the beginning of the year. The city gives schools 2 1/2 months. The city also doesn’t require schools to submit floor plans, which the state says is critical in planning for emergencies.

DOE says it is reviewing procedures, working closely with the School Construction Authority to ensure that all building floor plans are current, and plans to beef up guidance on the topic before the start of next school year.

A 10-bill legislative package was introduced in May 2018 in the New York City Council that would require a school security task force to review emergency preparedness and evacuation plans ay city schools. The bills have not moved forward.

The names of the school have been withheld for security reasons.