Going for the Gold at the Bocuse d’Or 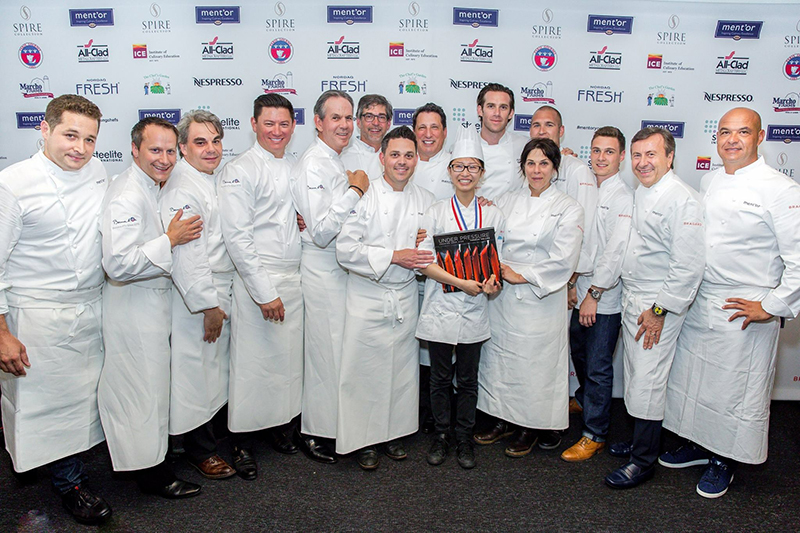 It’s the dream of a lifetime for serious chefs.

City Tech student Mimi Chen was one of two American chefs chosen to represent the United States as the 2019 Team USA in the prestigious Bocuse d’Or competition in Lyon, France. The Bocuse d’Or is considered the most prestigious international gastronomy competition.

The two won the Team USA competition, held at The Venetian in Las Vegas.

Chen is perfecting her amazing cooking skills at NYC College of Technology’s Department of Hospitality Management in Downtown Brooklyn. Chen holds the rank of commis chef, which is at the trainee level.

The Bocuse d’Or takes place every two years. Chen first met Kirkley when she assisted the 2017 Team USA in Lyon at the last Bocuse d’Or competition.

Chen and Kirkley will be upholding the honor of the country in the competition. The U.S. took home the gold in 2017, courtesy of Chef Mathew Peters, the first American to ever win the competition. Philip Tessier achieved silver for the U.S. in 2015.

The competing chefs will prepare dishes live before an audience. A jury composed of the most illustrious chefs of the world decides the winner.

The Team USA competition followed the Bocuse d’Or format in which chefs have five hours and 35 minutes to prepare and present a platter composition and a plated dish to a panel of 21 jurors. Chen and Kirkley spent three months this year—from August to November—in San Francisco at COI practicing for the Las Vegas competition.

Chen and Kirkley will travel next to Mexico City in April, 2018, to compete against 12 teams. Five of those teams will go on to the grand finale in Lyon.

Chen won an earlier competition, the ment’or BKB Commis Competition, in 2016, where she was awarded a “month stage” with Team USA 2017. The month stage provided her with the opportunity to assist the team with practice runs and to attend the competition in Lyon.

“I was there watching them during the competition in France and when they announced that Team USA was the winner,” Chen said in a statement. “It was such an incredible moment, being a part of the team and actually being there to witness it was so surreal. And I was determined that I would get on Team USA for the 2019 competition. Now I’m focusing on doing well in Mexico City and am grateful for all the support I’ve received from my professors at City Tech and, of course, Chef Kirkley.”

“Since 2007, when I first saw the Bocuse d’Or in Lyon, I have dreamed of competing for my country on the world’s greatest culinary stage Kirkley said in a statement.

Upon graduation from the High School of Hospitality Management in Manhattan, Chen won a full-tuition scholarship from C-CAP (Careers Through Culinary Arts Program) to attend Manhattan’s International Culinary Center. Once she completed the six-month program, she enrolled at City Tech to earn a bachelor’s degree in hospitality management.

“Mimi is competing among the best chefs in the world. As a young woman, she will have much to prove throughout her journey. Continuing her academic studies while training will surely be an additional challenge, but it is one Mimi is addressing with rigor and determination,” Department of Hospitality Professor Karen Goodlad said in a release.

She added, “We are proud of her accomplishments and look forward to seeing how much she will grow as she trains for her upcoming competitions and academic course work.”

City Tech has produced a long list of hospitality industry professionals who have gone on to successful careers at major restaurants and hotels around the world, including celebrity chef and author Michael Lomonaco, owner of Porter House New York and Feliberto Estevez, executive chef at Gracie Mansion, among many others. 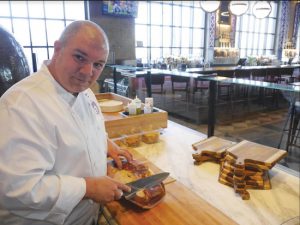