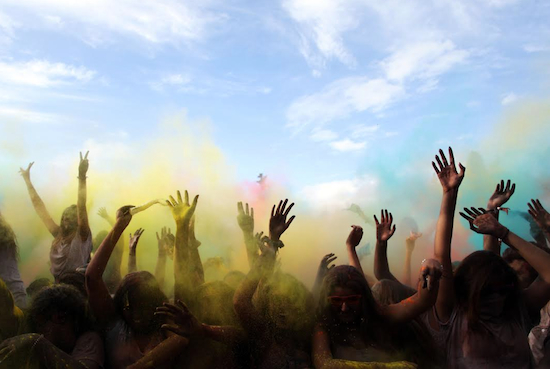 UKRAINE — Volunteer Battalion, Partner Reunite: A fighter from the Azov volunteer battalion talks to his girlfriend as he arrives on rotation from the front line in Kiev, Ukraine, Monday. Shelling killed six people and wounded 15 others in the rebel stronghold of Donetsk, the city council said Monday — the worst reported violence since a cease-fire between Russian-backed rebels and Ukrainian troops took effect on Sept. 5. TEXAS — Immigration Overload in Schools: In this Sept. 10, children play kickball at the Karnes County Residential Center, a temporary home for immigrant women and children detained at the border, in Karnes City, Texas. AFGHANISTAN — Activists Rally After Gang-Rape Incident: In this Sept. 7 file photo, civil society activists chant slogans during a rally against the Paghman district gang-rape incident, in Kabul, Afghanistan. An Afghan appeals court on Monday sentenced five men to death for armed robbery and sexual assault for an attack on an Afghan family driving home from a wedding just outside Kabul. The banner top center reads, “Paghman injury is a public injury,” and the banner bottom left reads, “Hate to the devil rapists.” WYOMING —Summer Snowfall: In this Sept. 11 photo, Livingston Elementary first-grader Jesse Birky enjoys playing in the snow during recess in Cody, Wyoming. A late summer snowstorm dropped 3 to 5 inches in Cody, the earliest recorded snowfall there since records were kept in 1915. Other parts of the state received up to 20 inches of snow. 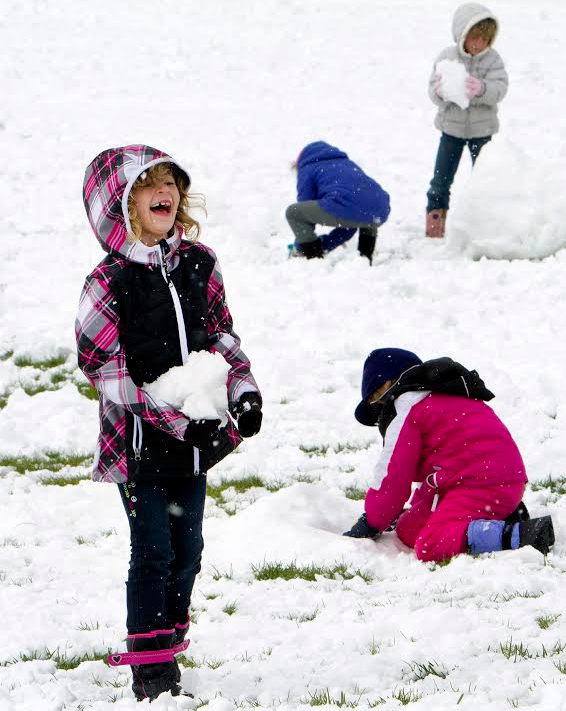 NEW YORK — Public Housing Evictions: In this Aug. 25 photo, Jonathan Miller, left, holds his daughter, Riley Miller, outside his uncle’s apartment building in New York. Miller was banned from his mother’s public housing apartment when he was 17 because he robbed a bodega, and his mother now faces eviction because he was found in her apartment in October. INDIA — Kashmiri Flood Victims Reunite at Relief Camp: Kashmiri flood victim Nazir Ahamed Dar hugs his sister Rafiqa and cries as they reunite at a relief camp for flood victims in Srinagar, Indian-controlled Kashmir, Monday. Flooding from days of heavy monsoon rains partially submerged Srinagar and left more than 400 people dead in northern Pakistan and India. The flood waters have begun to recede, but vast fields of crops have been destroyed and tens of thousands of families have lost all their possessions. CALIFORNIA — Wildfires Blaze in Oakhurst: A jet air tanker drops its load of fire retardant on a fire burning in the area of Cedar Drive in Oakhurst, Calif., Sunday as two raging wildfires in the state forced hundreds of people to evacuate their homes. The California Department of Forestry and Fire Protection said flames damaged or destroyed 21 structures. The Fresno Bee reports one neighborhood was hit especially hard, with several homes turned to ash and smoldering embers.