THE LONG WAR — REMEMBERING 9/11: In this Sept. 11, 2001, photo, people walk over New York’s Brooklyn Bridge from Manhattan to Brooklyn following the collapse of both World Trade Center towers.  For more than a decade after the autumn of 2001, America, with its allies, has been at war against factions of Islamist militants and terrorists, including the Taliban and al-Qaida, as well as offshoots in Yemen, Somalia and elsewhere.

INDIA FESTIVAL: A child speaks with an artist whose body is painted in the likeness of tigers to perform the annual ‘Pulikali’ or Tiger Dance in Thrissur, in the southern Indian state of Kerala, Wednesday, Sept. 10, 2014. Pulikali is a colorful recreational folk art revolving around the theme of tiger hunting, performed to entertain people during Onam, an annual harvest festival.

NEWS CONFERENCE IN FERGUSON: Brown family attorney Anthony Gray, center, speaks as he is flanked by Michael Brown’s parents Lesley McSpadden, left, and Michael Brown Sr., right, during a news conference Tuesday in Ferguson, Mo. The news conference was held to call for the arrest of Darren Wilson, the Ferguson police officer responsible for Michael Brown’s fatal shooting on Aug. 9. SHEEP GRAZE IN BELGIUM: A man runs past grazing sheep in Ghent, western Belgium, Monday. About 60 sheep, belonging to the city of Ghent, graze daily in the city’s parks and along the canal banks as an ecological alternative for lawn mowers. NAVY YARD BOYS AND GIRLS CLUB EVENT: Hip-hop star Diggy Simmons poses with high school students during Madison Square Boys & Girls Club’s Back-to-School Bash on Tuesday in Brooklyn, New York. The event, which was attended by over 200 kids and featured representatives from local colleges, is part of Boys & Girls Clubs of America and Darden Restaurants’ national partnership designed to guide youth, reinforce the path to graduation and provide tools and resources for the future. TURTLE RELEASE IN N.C.: Jean Beasley looks on as Dane Vertefay watches Dane a juvenile loggerhead sea turtle that he rescued in August of 2013 walk back into the ocean along the shore of Surf City, N.C., Tuesday. FINANCIAL CRISIS IN PORTUGAL: A woman looks through the window of a packed bus departing with commuters during a partial strike by Lisbon’s subway workers, in Lisbon, Wednesday. The subway staff walked off the job during the morning rush hour in a protest against pay cuts and the company’s possible privatization. The strike brought misery for commuters who faced long queues for buses in the rain. HONEYCOMB IN TULKAREM: A Palestinian beekeeper holds a honeycomb tray in a rural cooperative in Saida village near the West Bank city of Tulkarem, Wednesday. The rural cooperative, funded by the Rural Women’s Development Society, generates income by selling honey, dried herbs and natural body care products they grow, harvest and produce themselves. KERRY TRAVELS TO THE MIDEAST: U.S. Secretary of State John Kerry looks out from a helicopter over Baghdad, Iraq, Wednesday. Kerry is traveling to the mideast this week to discuss ways to bolster the stability of the new Iraqi government and combat the Islamic State militant group that has taken over large swaths of Iraq and Syria. 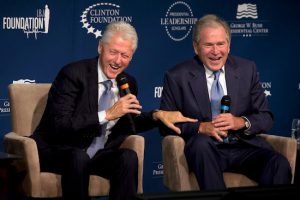