March 1, 2019 By Paul Stremple Special to the Brooklyn Daily Eagle 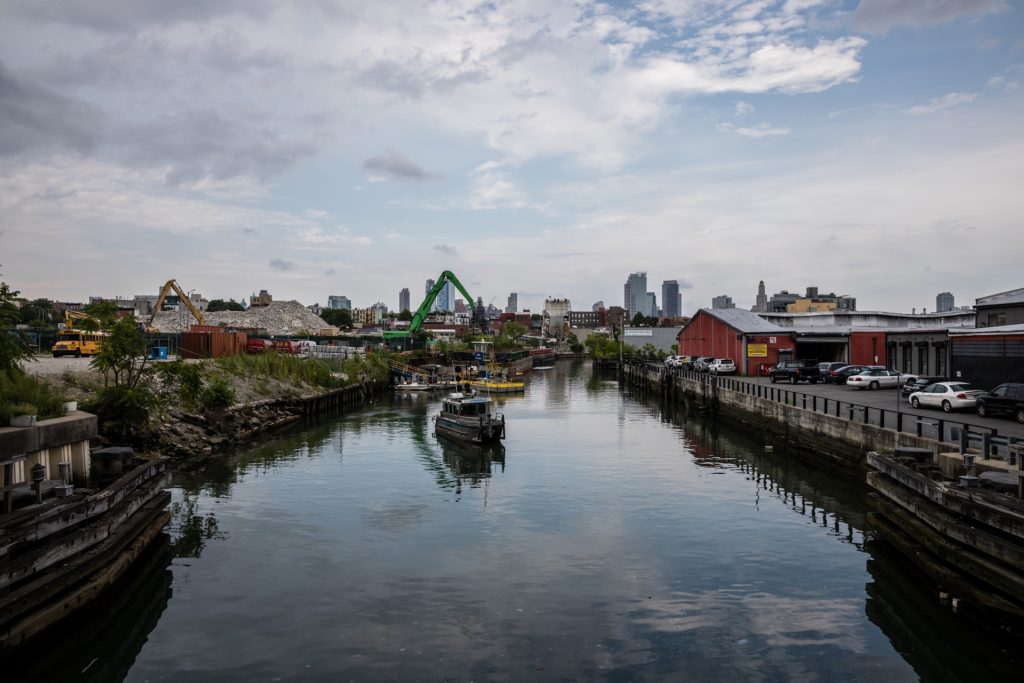 Gowanus residents who participated in a city effort to steer neighborhood rezoning told the Department of City Planning Thursday night that they feel betrayed by the draft proposal the agency ultimately released, claiming that officials left much of the community’s input on the table.

“I don’t feel that this representation that was presented this evening, or recently on your website, is really honest,” said Linda Mariano, founder of Friends and Residents of Greater Gowanus, a group that participated in working groups organized by City Planning to provide feedback on community needs.

“I’m afraid that it is something more like a fantasy that politics and developers have constructed for this neighborhood.”

“I’ve been part of this planning process for the last several years — I see many people in this room tonight who have also been there — and I don’t see that we have been honestly represented with what we have contributed.”

Residents and activists packed the auditorium of PS 133 on Fourth Avenue to capacity for the Community Board 6 Landmarks/Land Use Committee Meeting last night, which was given over entirely to representatives from the DCP to present their draft zoning proposal for Gowanus and then engage in a Q&A session.

The plan, released by DCP in January 2019, was quickly met with opposition from community groups at an informational open house a week later.

CB6 Chairperson Peter Fleming opened the meeting by emphasizing that “this is the beginning of the process” in creating a final plan for rezoning. While Fleming said the Community Board would take as much of the public feedback into consideration as possible, he warned that some suggestions would be inevitably left off the board’s recommendation as not to “dilute” the importance of those included.

After DCP reps spent nearly an hour giving a quick overview of the proposed rezoning, members of the public lined up to ask questions — or to share their concerns. Members of the CB6 Landmarks/Land Use Committee refrained from asking questions in order to accommodate as much public input as possible.

The two-hour meeting was livestreamed in its entirety, but below are some of the key questions and comments, along with the few answers that city representatives were able to provide.

A representative from the Gowanus Neighborhood Coalition for Justice, which includes several members from NYCHA’s nearby Gowanus Houses, asked if the city would commit to investing the $4 million promised in the plan to reopen the Gowanus Houses Community Center prior to further approval of the zoning.

The coalition also wanted to know if the transferring or sale of building rights on NYCHA sites could be used to fund repairs. DCP reps demurred on both counts.

One resident and local business owner asked pointedly if the recommendations are fixed or if they could change before rezoning is approved. “There’s nothing contextual about it,” he said, in reference to the proposed 300-foot-tall developments that would “split the community.” His concerns were met with a round of applause and cheers from the crowd.

The DCP spokesperson assured those gathered that feedback would be taken into account and that plans were “not set in stone.”

While the presentation outlined the many hours of input from the community and working groups leading up to the drafting of the proposal, multiple audience members who had participated in the process for years approached the microphone to ask why their input wasn’t represented in the plan.

There were a few holdouts, and one bold audience member even asked why there were any height restrictions at all for development along Fourth Avenue, contending that due to the housing crisis, lower buildings would continue to raise rent. His insights were met with resounding boos.

Many of the concerns, though they did not elicit a response from DCP beyond an acknowledgment of the input, touched on important issues common to rezoning. Discussing waterfront access, one woman wanted assurance that the publicly accessible spaces that will be built by developers won’t become “private parks for the rich.”

Another urged DCP to put the conversation about racial equity — the way in which rezonings often disproportionately benefit white residents and harm residents of color — at the center of their planning.

One telling moment came when none of the city representatives could even produce a ballpark figure of how many new residents would be added to Gowanus after the density-increasing rezoning was implemented.

Officials insisted it is still early in the rezoning process, and public scoping meetings, Environmental Impact Statements and more community engagement are all on the horizon long before developers can break ground.

According to the DCP slideshow presented, a public scoping meeting for the zoning is planned for April 2019.