Slow start in primary election, despite some ‘vigorous’ races in Brooklyn 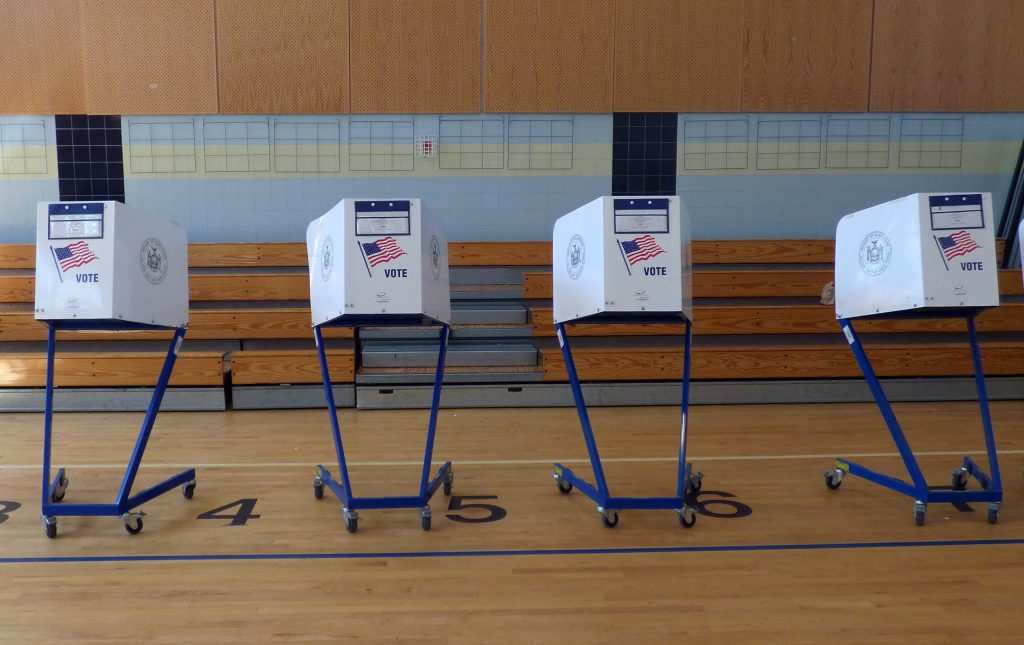 Voter turnout was running light in Downtown Brooklyn and Brooklyn Heights in today’s primary election, the third primary of the year in New York City.

State Sen. Velmanette Montgomery, picking up poll watcher information at the Downtown Brooklyn headquarters of the Board of Elections (BOE), told the Brooklyn Eagle that the light turnout was a “little worrisome.”

“There are vigorous races in two Assembly districts — District 56, with Tremaine Wright [and Karen Cherry], and District 55, with Latrice Walker [and Darlene Mealy], which is going to be an active race.

“I’m supporting Latrice, a bright star,” Montgomery said. “And Tremaine is going to make a good addition. We have a whole crop of really assertive, committed smart women joining the Assembly, and it’s a good thing for Brooklyn.”

Montgomery, who represents District 25 neighborhoods from Downtown Brooklyn to Bedford-Stuyvesant, Fort Greene and Clinton Hill, was rushing to keep her troops supplied for her own campaign against Michael Cox.

“People are running out of literature, they need to eat lunch … This is D-Day, there’s no other way to say it.”

“People are coming in dribs and drabs,” said Shirle Corbin, the newly appointed coordinator of the polling site at P.S. 8 in Brooklyn Heights. By noon, 49 voters had shown up to cast their vote for the one judgeship on the ballot, though Corbin expected things to pick up after work let out at 5 p.m.

Corbin said she regards the primary as a rehearsal for the general election in November.

“This is a practice,” she told the Eagle. “By November we’ll be adequately staffed and well prepared.”

The number of voters at the 101 Clark St. polling site in Brooklyn Heights stood at under a hundred by noon. The site is usually an active one, a poll worker said.

Business was also slow at the large polling site set up in the gym of the Urban Assembly School at 283 Adams St. in Downtown Brooklyn. Many residents of Brooklyn Heights were redirected to this site after their usual polling place at the Brooklyn Heights Library was shut down, causing a stir among those who felt the new site was too far away.

The site, which serves more than 10 election districts, had attracted 152 voters by noon. A poll worker said she expected a small flurry of voters later in the afternoon.

Voter turnout was thin in Bay Ridge as well, according to Eagle journalist Paula Katinas.

Check back tomorrow for election results.