While recognizing the necessity for repairs, community leaders from Bay Ridge to Gowanus on Wednesday were dismayed about news that the Montague Street Tunnel, which carries the R train from Brooklyn Heights to Lower Manhattan, will be closed for up to 14 months starting this August.

Some called for supplemental buses to ease the impact of closing this important portion of the line.

“Closing these two subway tubes [the other being the northern end of the G train] is a difficult but necessary step to restore them to the condition they were in before Sandy struck,” said MTA Acting Chairman Fernando Ferrer. “The temporary repairs that returned these tubes to operation after Sandy are not enough to provide reliable service.  This is unfortunately the reality of recovery from Sandy.”

During the storm, the Montague Street Tunnel was flooded for with corrosive salt water sitting stagnant in the tube for 10 days.  More than 27 million gallons of water were eventually pumped from the tube before work began to make it useable again for train service.

While the work was enough to restore R service between Brooklyn Heights and Lower Manhattan, it was never intended to be a permanent repair, said the MTA.

The truncated R train will run in two sections, from 95th Street in Bay Ridge to Court Street and from Forest Hills to Whitehall Street.  During weekends, the MTA will provide through R service over the Manhattan Bridge, although this will bypass Court Street and Jay Street-MetroTech.

Jeremy Laufer, district manager of Community Board 7, which represents Sunset Park, said that while he understands the reasons for the work, the closure of the tunnel could slow R trains down.

“This would be a good time,” he said, “to restore the B37 bus on Third Avenue, which ran fairly fast and also connects with several subway transfer stations. The MTA should understand the need for redundancy.”

Josephine Beckmann, chair of Community Board 10 in Bay Ridge, said, “We’ve been getting calls about the R train like crazy. It’s upsetting to a lot of our residents. They should reintroduce the N train express [in Manhattan] to reduce overcrowding.” Since 2010, the N, which shares part of its Brooklyn route with the R, has run local in Manhattan.

Councilman Vincent Gentile, who also represents Bay Ridge, put out a press release saying “MTA to South Brooklyn: Drop Dead” and called on the MTA to subsidize a new express bus service to mitigate the impact of the tunnel closure.

“This is absolutely outrageous!” Gentile said. “It’s hard enough as it is for residents of South Brooklyn who travel to Manhattan each day via public transportation – closing a main artery for over a year is just unacceptable.”

Gene Russianoff, attorney for the advocacy group Straphanger’s Campaign, lives in the Gowanus-Park Slope area and uses the R train. “I would have to either change at Court Street and get onto one of the already-overcrowded West Side or East Side lines, or change at Jay Street-MetroTech to the A or F lines, which are less crowded.”

Judy Stanton, executive director of the Brooklyn Heights Association, while saying that the BHA’s board would have to discuss the matter, added, “I think this will be very hard.” When the tunnel was closed in the aftermath of Sandy, some Brooklyn Heights residents who worked on the East Side of Manhattan complained that the alternative No. 4 and 5 trains were often too crowded to board on Court Street. 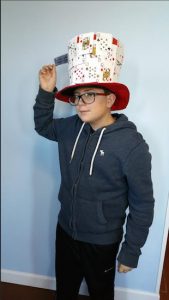 Crazy Hat Day brings out creative side of students