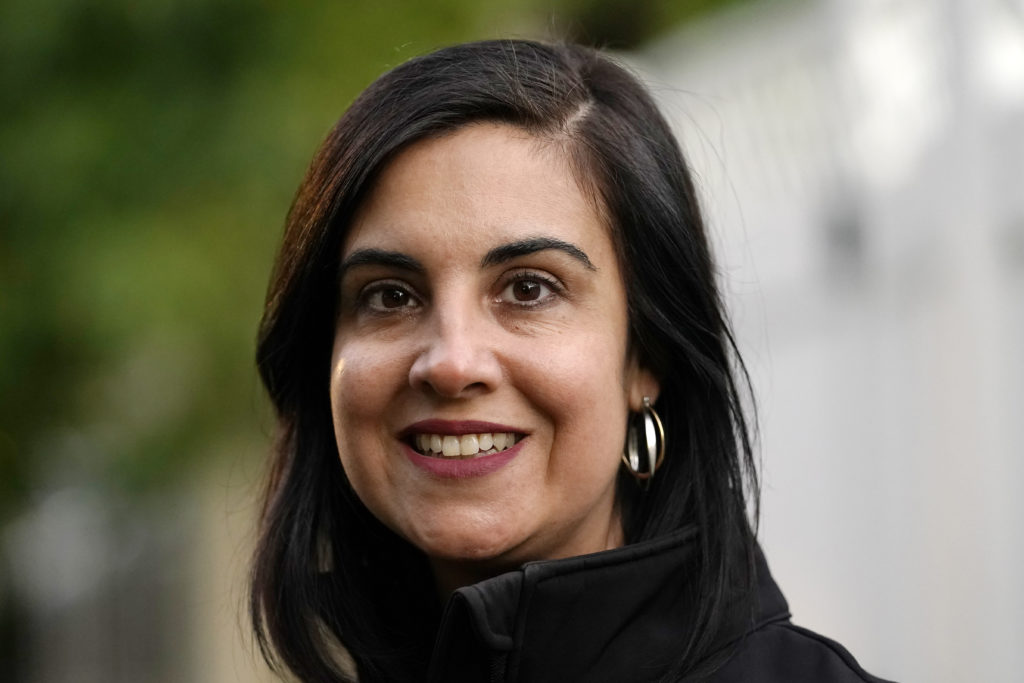 Republican Assemblymember Nicole Malliotakis is the winner of the race for the Congressional District 11 seat in Southern Brooklyn and Staten Island. Photo: Kathy Willens/AP

After a heated race and more than a week since the election, incumbent Democratic U.S. Rep. Max Rose has conceded, making Republican Assemblymember Nicole Malliotakis the winner of the race for the Congressional District 11 seat in Southern Brooklyn and Staten Island.

“As we continue to count every ballot and are on track to dramatically narrow the gap by tens of thousands of votes to a 4-5 point margin, it is now clear that we will fall short of 50 percent,” Rose said Thursday. “I have called to congratulate Congresswoman-elect Malliotakis on her win and concede the race. I promise every resident of the 11th Congressional District that we will ensure a smooth transition.”

Rose upset then-U.S. Rep. Don Donovan, a former Staten Island district attorney, in the 2018 race. The congressional seat had been held by a Republican since the early 1980s except for a two-year span in 2008-2010, when it was occupied by former City Councilmember Michael McMahon.

“Our city, and our country, stand at a crossroads,” Rose said on Thursday. “Far too many Americans feel unseen, unheard or even betrayed by those entrusted with leading us through these difficult times. All of us in public life have a responsibility to try to heal the divisions and restore faith and trust in each other. I know that we can summon that spirit because we’ve done it before.”

Rose was criticized in ads for attending a Black Lives Matter rally on Staten Island following the death of George Floyd, where attendees chanted their desire to “defund the NYPD.”

“In the weeks following the murder of George Floyd, our nation was united in the belief that we must change,” Rose said. “Protesters and police officers cried, hugged, and knelt together in prayer. For a brief moment, we didn’t see each other as Democrats or Republicans, but as Americans in pain, searching for a way to heal. Our politics tore at that common purpose, but it is not lost.

“We can recapture that moment, and we must if we are to confront the problems facing our city and country — from failing infrastructure and climate change to systemic racism and income inequality,” he added.

In his concession statement, Rose said his accomplishments include permanently funding the 9/11 Victims Compensation Fund, making progress to combat the opioid epidemic, securing money to improve commutes, working to enact split-tolling on the Verrazzano Bridge, and cutting through red tape to begin construction of the East Shore Seawall.

“Representing this district has been the honor of my life,” he said. “I love Staten Island and Brooklyn. This is our home. No matter the challenges we face, I will be on the frontlines with you fighting to make this city and country a better, safer and more united place.”

Malliotakis is currently in Washington, D.C., for orientation along with other incoming members of Congress.

“I want to thank everyone who made this hard-fought victory a reality,” she said. “I also want all constituents of the 11th Congressional District to know that I will continue my fight for safe streets, to rein in taxes, rebuild our economy and to preserve the American dream against the crawl of socialism for future generations. Just like we recovered and rebuilt following Hurricane Sandy, we will overcome the COVID-19 pandemic and make Staten Island and Brooklyn safer, stronger and more resilient.”