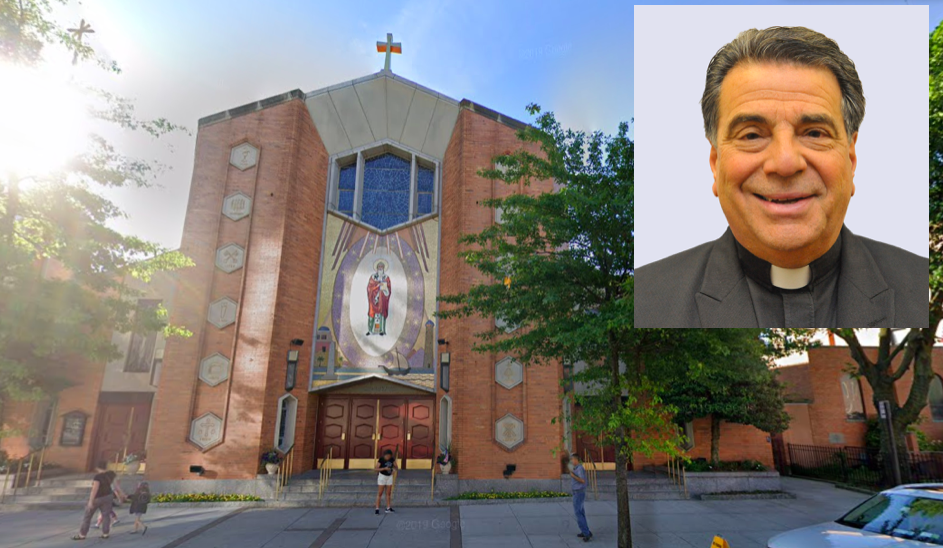 Brooklyn Bishop Nicholas DiMarzio announced the appointment of Monsignor David Cassato, pastor of the Parish of St. Athanasius-St. Dominic Church in Bensonhurst, as the new vicar for Catholic schools on Thursday, July 23.

According to the Diocese of Brooklyn (DOB), promoting diocesan Catholic schools is one of the roles for the Vicar for Catholic Schools.

Cassato will also serve on the member board of all Catholic academies in Brooklyn and Queens, where he will provide guidance to the pastors of those academies and will work to engage donors in supporting the mission of Catholic education through Futures in Education scholarships.

“Catholic schools are our most beautiful and prized gems, as teaching the faith to our children is critical. We have so much to offer children of all backgrounds, but especially immigrant children, who we have been educating for years,” Cassato said. “Diversity is in our DNA here in the Diocese, and our students leave our Catholic schools with the important values we hold dear, a foundation for success long after they graduate.”

He added the importance of diversity.

“I believe as we look to grow our schools, the biggest outreach we need to make is in the Hispanic community,” Cassato added. “At the same time, we must look to grow our scholarship programs so we can offer the opportunity of Catholic education to as many students as possible who need tuition assistance.”

Cassato was ordained a priest of the DOB in 1972 and served at Saint Rita’s in Long Island City and Our Lady of Mount Carmel in Williamsburg.

In June 2001, he was appointed a New York City police chaplain and promoted in 2017 to deputy chief chaplain.

In 2001, Cassato became the pastor at St. Athanasius. He was a former chaplain at Bishop Kearney High School and is the diocesan coordinator of the Ministry to Italian Immigrants. Monsignor Cassato is also administrator of St. Dominic Catholic Church in Bensonhurst, since 2015.

“I selected Monsignor David Cassato for this key role because he is enthusiastic and has been a true champion of Catholic education,” he said. “He has a great ability to connect with people and is patient. These attributes will help him greatly as he works collaboratively with the office of Superintendent-Catholic School Support Services, Catholic academies, boards of directors, and parishes.”

Cassato addressed the challenges that come with the new title due to the COVID-19 pandemic and the uncertainty that schools all over the country face.

“We have experienced a pandemic this spring like never before,” he said. “In the face of that, our Catholic schools in Brooklyn and Queens surpassed expectations with very successful remote learning programs. While we see the online lessons work in our schools, I believe that as we look to start the new school year in September, it is absolutely critical that we open our network of Catholic schools. Children learn best in the classroom. Of course, a lot is going to depend on the decisions made by government and health officials.”

“Monsignor Cassato is stepping into this role at a uniquely challenging time for our Catholic schools,” DiMarzio said. “I am confident he will be successful because he handles his multiple responsibilities with effect and grace. His experience will provide him the opportunity also to be a great leader in this new role.”