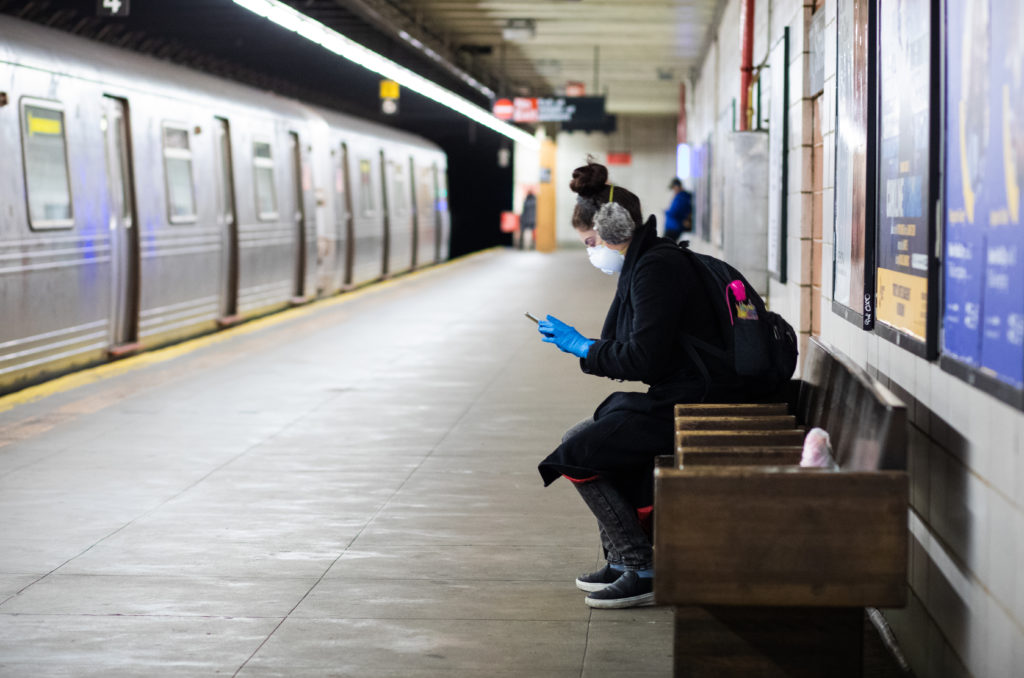 A woman wears a mask and gloves waiting for a Manhattan bound R Train at the 77th Street Station in Brooklyn. Photo: Paul Frangipane/Brooklyn Eagle

Faced with a drastic reduction in ridership as Brooklyn residents, like many New Yorkers, hunker down at home during the coronavirus pandemic, the MTA announced that it is implementing cuts in bus and subway service.

Here’s how the agency’s new “NY Essential Service Plan” will affect subway service: Starting March 25, weekday service is being eliminated on three lines: the B, W and Z. Other subway lines that normally run express will run on local tracks.

The move is necessary, according to MTA officials, who said subway ridership has decreased by an astounding 87 percent as compared to last year at this time.

Bus service will be reduced by 25 percent starting March 26. There has been a 60 percent decline in ridership in recent days due to the coronavirus crisis, MTA officials said.

“The dramatic decrease in ridership shows our customers are continuing to follow the advice of health professionals to keep themselves and others safe,” MTA Chairman and CEO Patrick Foye said in a statement.

The “NY Essential Service Plan” ensures that service will still be there for first responders, including health care workers, who need to get back and forth to work, MTA officials said.

“The MTA is committed to getting the heroes who keep this city moving where they need to go,” Foye said.

The MTA is facing financial calamity due to the coronavirus pandemic, officials said. Farebox and toll revenue, which normally generates $8 billion a year, nearly half of the agency’s budget, has dropped significantly.

The MTA is expected to spend more than $300 million to disinfect buses and subway cars.