First snow of the season brings new strategies from the city 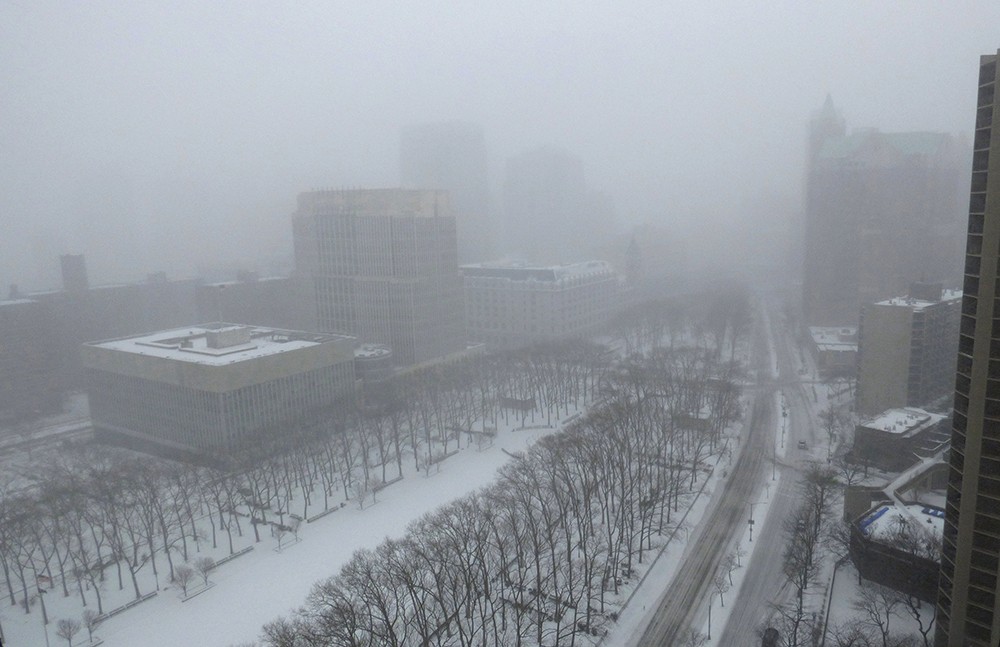 A few inches of snow Monday afternoon are expected to muck up the evening’s commute, so the city is rolling out some improvements.

Following last year’s surprise snow that stranded commuters on the George Washington Bridge for hours, the city is making a few changes to improve response to winter storms. NYPD will be escorting snow plows through jammed streets, for one, Mayor Bill de Blasio told reporters at a news conference held at Emergency Management on Monday morning.

Emergency Management has hired its own meteorologist, who will work with the National Weather Service. “Having our own expert in house will help us make better decisions,” de Blasio said.

City agencies will be talking with each other more as the storm unfolds, “every 30 minutes to make adjustments,” de Blasio said. The city has also tripled the number of weather monitoring devices. Still, people should expect a sloppy rush hour commute and take public transit if possible, the mayor said.

According to the latest forecast, the current rainfall is expected to transition to snow by early afternoon, with from 2 to 4 inches expected across the city as a whole, and up to 5 to 8 inches in northern sections of the city, de Blasio said.

The Department of Sanitation has deployed 705 salt spreaders and 1,500 plows, which will begin operations once 2 inches of snow has fallen. Liquid brine has already been spread on highway ramps, the mayor said.

This will be the first winter storm for Emergency Management Commissioner Deanne Criswell, who came on in July. She said her agency has surged staff at the EM Watch Command and Emergency Operations Center. She also urged drivers to stay off the roads if possible.

Schools are still open, but that could change

Public schools were scheduled to stay open Tuesday, the mayor said, but he warned that could change.

“Sometimes we don’t know until the very last moment,” de Blasio said. The city aims to make a firm decision by the end of this evening, he said.

If parents need to know where their child’s school bus is, they can call 718-392-8855 to access DOE’s real time GPS bus tracker, de Blasio said.

Alternate Side Parking Regulations will be suspended tomorrow, Tuesday, December 3 for snow operations. Parking meters will remain in effect.

With the EM Commissioner Criswell standing feet away, de Blasio denied that the previous commissioner, Joseph Esposito, had been fired because of a poor response to last year’s surprise snow storm.