A copy of "Last Exit to Brooklyn" by Hubert Selby Jr. on display at the fair. Eagle photo by Alex Williamson
Share this:

The fair showcased 110 dealers with more than 50,000 collectible items for sale, ranging in price from under $50 to many thousands of dollars. Attendees perused stacks of vintage books, vernacular photography, counter-culture posters, rare prints and other literary ephemera, and listened to seminars on subjects ranging from collecting grimoires (books of magical spells), 19th-century spirit photography, a 17th-century treatise on alchemy and a children’s book show-and-tell event.

“The thing I find fascinating about book jackets is, it’s like paintings in a museum,” said de Lotbiniére. “The first thing you can identify is usually what decade it comes from. It’s easy to say, oh, that’s from the ’60s, that’s from the ’30s.”

Some of de Lotbiniére’s favorite book jackets within the collection he brought to the fair Sunday are the simple covers of a collection of T.S. Eliot Poems and “The Cantos of Ezra Pound,” both published by Faber & Faber.

Eliot worked at Faber in the 1920s, and according to de Lotbiniére, used his position at the publishing house to exert unusual influence over the presentation of his and his friend’s work.

“He was kind of in a unique position to create his own [book jackets]. His poems have been published in multiple editions with very small changes, and I’m sure that’s because he worked there,” said de Lotbiniére.

Another treasure within de Lotbiniére’s collection: a copy of Kurt Vonnegut’s “Slaughterhouse-Five” from the first U.S. printing by Delacorte Press in 1969. In subsequent printings, the second half of the title (originally “Slaughterhouse-Five, Or the Children’s Crusade: A Duty-Dance with Death”) was dropped from the cover. De Lotbiniére’s was selling his copy for $995, just a slight increase from the original $5.95 price listed on the book’s dust jacket.

Dealer Robert Seymore of Colebrook Book Barn in Colebrook, Connecticut brought some rare Brooklyn tomes to display at the fair.

Also in Seymore’s collection was a first-edition copy of the 1921 book “Four Years in the Underbrush: Adventures as a Working Woman in New York,” in which an anonymous author spent four years posing as an “unskilled working woman of New York City,” during the U.S. involvement in World War I and the years just after, “working shoulder to shoulder and living among my fellow workers on my wages.” The book was published by Charles Scribner’s Sons, and is considered an early example of undercover reporting. The pictorial cloth hardcover features a picture of the Brooklyn Bridge.

A 2003 poster from the now-defunct New York is Book Country festival was hanging on display at the expo center. The festival was held annually in Manhattan beginning in 1979, first on Fifth Avenue between 48th and 57th streets, and later in Washington Square Park. The event was cancelled in 2010, but the posters commissioned for the festival from artists like Edward Gorey, Maurice Sendak, Charles Schulz, Richard Scary and Stan and Jan Berenstain, live on.

Maurice Sendak drew this poster for the 25th anniversary of the first New York is Book Country festival in 2003.

Bradford Verter from Carpe Librum Books in Williamstown, Massachusetts brought a special title to the fair — a first-edition copy of “The Hearthstone: Or, Life at Home,” an 1883 housekeeping manual by Laura C. Holloway. In addition to writing books, Holloway served as the editor of the Brooklyn Daily Eagle’s literary and women’s pages for 12 years, beginning in 1870.

“The Hearthstone” was quickly snatched up by fellow rare book dealer Lizzy Young, who runs Lizzy Young Bookseller in Cobble Hill, a shop specializing in the culinary arts. 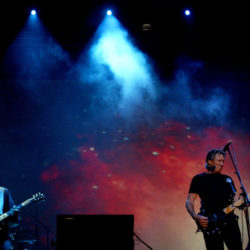