44 murders occurred on NYCHA property in the past year. The majority were in Brooklyn. 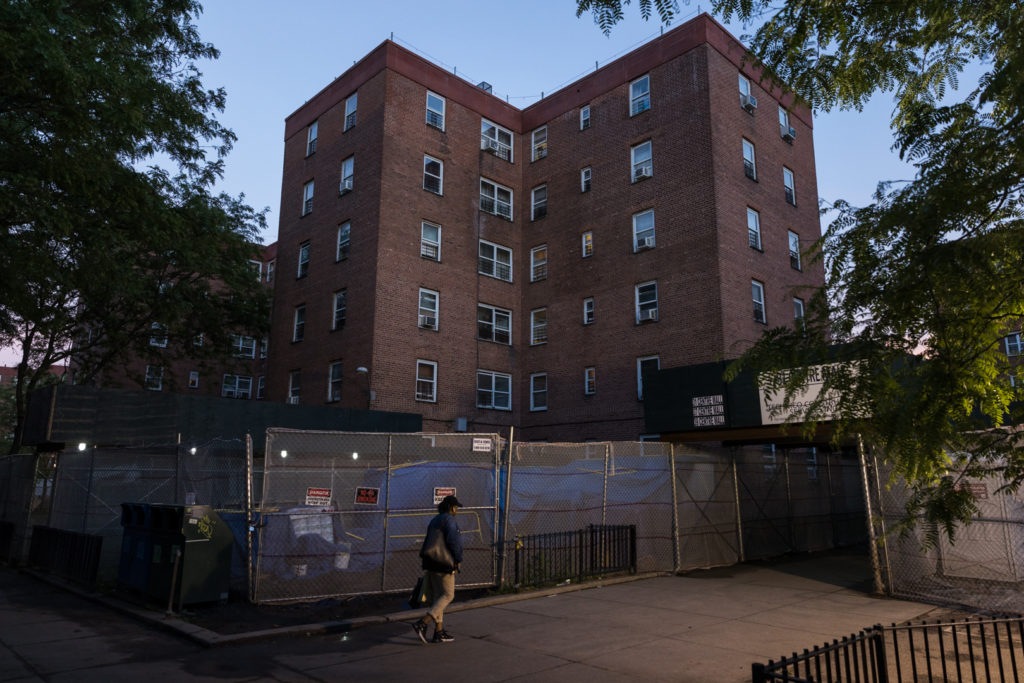 More than half of all murders on NYCHA properties over the past year took place in Brooklyn, even though the borough is home to only a third of the public housing population citywide, according to statistics obtained by the Brooklyn Eagle.

A total of 44 people citywide were murdered on NYCHA property between June 4, 2018, and June 3, 2019, according to figures provided by the housing authority in response to a Freedom of Information Law request. Brooklyn accounted for 25 of those murders — 57 percent.

Though Brooklyn is home to the largest number of NYCHA residents of any borough, its public housing population still makes up only 34 percent of the nearly 400,000 NYCHA residents across New York City.

“It is clear that the stats show Brooklyn has taken on a disproportionate number of murders in NYCHA,” said Councilmember Alicka Ampry-Samuel, who leads the City Council’s public housing committee and represents Crown Heights and Brownsville. “It is also widely known that our communities have historically been ignored when activists, community leaders and my fellow elected leaders have called for more funding to provide solutions in response to these crimes.”

Burglaries are up 21 percent, and shooting incidents are up nine percent. Both rape and grand larceny reports are down this year.

Murders, however, have fallen drastically at NYCHA over the past 12 years, from 70 in 2006 to 34 in 2018, mirroring similar trends citywide, according to statistics provided by NYU’s John Jay College of Criminal Justice.

“Public housing — like all poor communities — suffered the brunt of the high crime period between the 1970s and late 1990s,” said Jeffrey Butts, the director of John Jay College of Criminal Justice’s Research and Evaluation Center. “Since then, crime has come down across city and across the country, with some disappointing trends in some neighborhoods and some specific developments.”

Six separate NYCHA developments in Brooklyn — the Louis Armstrong Houses, the Red Hook Houses, the Bushwick Houses, the Cooper Park Houses, the Marcy Houses and the Sumner Houses — each saw two homicides during the yearlong period included in the dataset. Most of these were clustered in northern Brooklyn precincts across Bushwick, Bedford-Stuyvesant and Crown Heights.

With three murders, the Bushwick Houses saw the most murders of any NYCHA complex in 2018, including a still-unsolved double-homicide.

Two people were killed throughout all the public housing in Queens; nine were murdered in Manhattan’s NYCHA developments and eight in the Bronx’s. No one was killed in Staten Island public housing.

At the Sumner Houses in Bedford-Stuyvesant, Theodore Smith was shot dead in his apartment on Nov. 12. A teenager was arrested for the murder. Less than a month later, on Dec. 4, another man was shot and killed outside one of the complex’s buildings. No one has been killed at the Sumner Houses so far in 2019.

For Adorn DuBose, the tenant association president at the Sumner Houses, there are both quick fixes to violence at the complex and deeper solutions necessary. She called for better lighting outside, which she believes could have impeded the Dec. 4 murder, and she wants the NYPD to conduct more “verticals,” where officers patrol public housing buildings from the roof down to the lobby through the stairwells.

The NYPD did not respond to requests for comment about vertical patrols at the Sumner Houses. The practice came under fire after the fatal shooting of Akai Gurley in NYCHA’s Pink Houses by rookie officer Peter Liang.

DuBose has lived at the Sumner Houses for 50 years, and although she hopes investments like lighting and police presence would slow the violence to some extent, she is also wary of its deeper roots: poverty, access to jobs and drug use among the development’s younger residents.

“I think violence happens around here because these youth need more guidance and resources as far as jobs, because it’s hard for a lot of kids to get jobs out here,” DuBose said.

Ampry-Samuel stressed that to combat violence before it occurs, it is imperative to invest resources in underserved communities.

“Just look at Brownsville,” she said, referring to the July 27 mass shooting that killed one man and injured 11 others at a neighborhood festival. “It wasn’t until a mass shooting that calls for funding were answered, but it should not take death and violence for the people of Brooklyn to receive the appropriate programs and initiatives they deserve.”

After the shooting, the de Blasio administration promised $9 million in funds to community organizations in Brownsville — more than half of which went to building a $5 million community center for the nearby Brownsville Houses. The funding also earmarked $1 million for anti-gun violence organizations in the neighborhood.

“We have to keep putting out positive programs,” said Camara Jackson, who runs Elite Learners Inc. in Brownsville. Her group does anti-violence work, as well as mentorship for students in the neighborhood. “And we need to make sure we denounce violence continuously to let our community know that it is not the answer.”

DuBose doesn’t know of any anti-violence organization functioning in the Sumner Houses area of Bed-Stuy. Save Our Streets Bed-Stuy — which is part of the city’s Crisis Management System that funds local anti-gun violence groups in the city’s 22 most dangerous precincts — does not extend to the Sumner Houses.

The Crisis Management System, run by the Mayor’s Office of Criminal Justice, has been expanding since it was introduced in 2014 with an initial $12 million in funding across five precincts. Its budget is now up to $36 million across more than four times as many precincts, but advocates who operate the groups being funded want to see even more investment.

“We’ve been trying to get to Sumner forever,” said Brian Cunningham, who runs SOS Bed-Stuy. “We think that based on data and beefs, it’s an area … of opportunity for a program like SOS to stop shootings.”

SOS Bed-Stuy works only in a small portion of the neighborhood, Cunningham said. “We would love to expand our services in the Bed-Stuy community. But that’s going to require a deeper investment from the city.”