Five books you should read for Women’s History Month Why not honor Women’s History Month by reading?

Women staffers at Word Bookstore in Greenpoint graciously drew up a list for the Brooklyn Eagle of five thought-provoking books written by immensely talented women.

The U.S. has celebrated Women’s History Month nationwide since 1987. It’s meant to remind us of women’s historical, cultural and social contributions to the world we live in.

[Got a book recommendation of your own? Share it in the “Comments” section at the end of the story.]

“She’s an icon in every sense,” Small said of Obama. “She’s the very definition of #BlackGirlMagic.”

“That was the best night,” Small said. “It was overwhelming in the best way.”

Women’s History Month is the perfect time to immerse yourself in the work of black lesbian poet and feminist writer Audre Lorde.

“Everybody loves her, but nobody has actually read her,” said Deidre Dumpson, Word Bookstore’s operations director.

This was the first book by Lorde that Dumpson ever read. She was an undergrad at the time.
When she got to the end of the book, she was in tears.

“It was the first time I felt accurately represented in texts,” she said.

“A Woman Is No Man” by Etaf Rum

“What really drew me in early on was the characters,” Ruiz said. “The main character’s mother tells her, ‘It doesn’t matter where you live. A woman is always about marriage and a house.’

“The daughter wants more than what’s considered the norm in a woman’s life.”

“The Fifth Season” by N.K. Jemisin

Eliza Thompson, the Greenpoint shop’s programs manager, recommends this book because N.K. Jemisin won the Hugo Award three years in a row. That’s a prestigious award for fantasy fiction. No other author has ever pulled off this feat.

“She’s important because she is the future of fantasy writing,” Thompson said. “She’s already a legend.

“And she’s just a really beautiful writer. She writes about motherhood, race and climate change without hitting you over the head with them.”

In September, Jemisin won the Best of Brooklyn Inc. Award – known as the BoBi Award – at the Brooklyn Book Festival.

“Feminism for the 99%: A Manifesto” by Cinzia Arruzza, Tithi Bhattacharya and Nancy Fraser

“It will make you want to run out and burn the entire world down,” Dumpson said.

Before reading the manifesto, you should read the Combahee River Collective Statement, a document drawn up by black feminists in 1977, Dumpson recommended. The collective “envisioned the path” the manifesto writers believe 21st-century feminism should take, says a dedication at the beginning of the book.

“Feminism for the 99%” is a “Word Reads” selection for March. This is the bookstore’s equivalent of a “book of the month.” 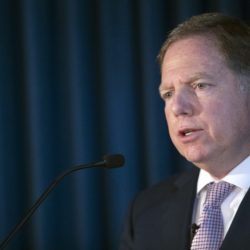