There’s one tiny Bay Ridge street everybody in the neighborhood knows how to find — because it’s where Tom Selleck’s “Blue Bloods” house is located.

The street is Harbor View Terrace, which is sandwiched between Shore Road and Narrows Avenue and  runs from 82nd Street to 80th Street.

In every episode of the show, Reagan’s family goes to his house for Sunday dinner. An exterior shot of 8070 Harbor View Terrace introduces the scene.

The Colonial-style brick house is situated on the corner of 82nd Street. It was built in the 1920s. 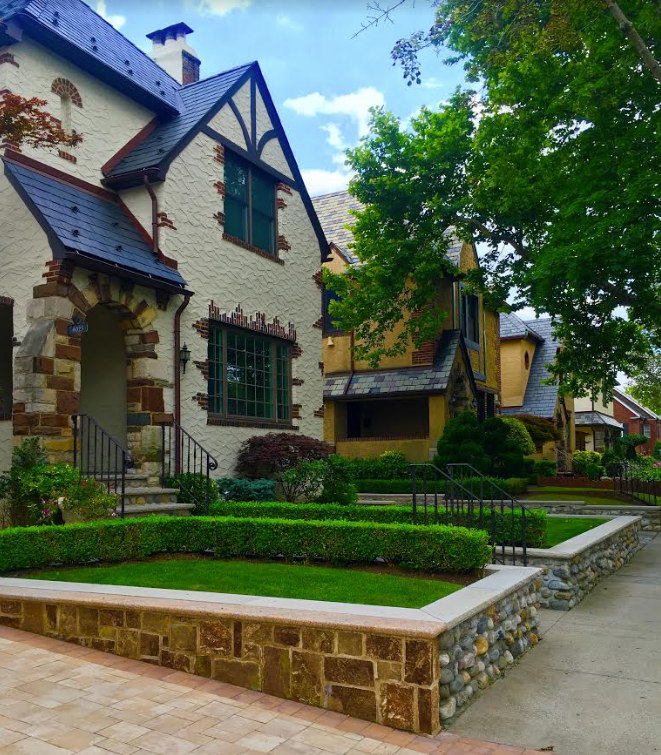 In real life, the Harbor View Terrace property belongs to the Diocese of St. Maron-USA, city Finance Department records indicate. A Maronite bishop lives in it.

To give you an idea of what houses on this short but stunning street are worth these days, another brick Colonial-style house, 8053 Harbor View Terrace, sold for $3 million in June 2017, Finance Department records indicate.

Many of the properties on Harbor View Terrace are stand-alone Tudor-style houses with lovely landscaping.

According to Finance Department records, the Tudor house at 8029 Harbor View Terrace sold for $2.8 million in May. Two tiny private cul-de-sacs that are parallel to each other have entrances on Harbor View Terrace.

One is Colonial Court. The other is Harbor Lane.

The backs of some Shore Road houses are at the ends of these cul-de-sacs.