Trump’s own claim of massive voter fraud, however, muddied his message that recounts were “ridiculous” and a “scam.”

“In addition to winning the Electoral College in a landslide, I won the popular vote if you deduct the millions of people who voted illegally,” he claimed in a tweet on Sunday

On Monday, Trump transition team spokesman Sean Spicer reiterated Trump’s statement that “The people have spoken and the election is over.” Trump has said that Stein’s recount campaign in Michigan, Pennsylvania and Wisconsin is just a way for Stein “to fill her coffers with money.”

At the same time, Spicer backed Trump’s assertion of massive voter fraud, citing a 2014 article in the Washington Post claiming that 14 percent of non-citizens had registered to vote, and a Pew study showing that 24 million voter registrations were no longer valid.

A team of political scientists, in an article published in Science Direct, said the Washington Post figures were inaccurate, however, and “completely accounted for by very low frequency measurement error; further, the likely percent of non-citizen voters in recent US elections is 0.”

Likewise, according to Fact Check, the Pew study did not indicate voter fraud but rather, clerical errors.

Stein has raised roughly $6 million for the recount, all of which is kept in a dedicated account, she said. A recount will begin in Wisconsin later this week, according to the Wisconsin Election Commission. Stein planned to file for a recount in Pennsylvania as well.

On Monday, the Wisconsin Election Commission declined to carry out a handcount of the ballots, as Stein requested. In order for there to be a statewide hand-count, the Stein campaign would need to obtain a court order, the commission said.

While the Clinton campaign has not asked for an audit, it recently asked lawyers and analysts to monitor the results, the campaign said in a statement published by Medium.com.

“Because we had not uncovered any actionable evidence of hacking or outside attempts to alter the voting technology, we had not planned to exercise this option ourselves, but now that a recount has been initiated in Wisconsin, we intend to participate in order to ensure the process proceeds in a manner that is fair to all sides,” the campaign told Medium.

Both Trump and his chief of staff, Reince Priebus, jumped on Clinton for this participation in the recount.

“It is a total and complete hypocritical joke that the group of people that thought that they were nervous about President-elect Trump not conceding are the people that are conducting recounts in states where we won by over 68,000 votes,” Priebus said on “Fox News Sunday,” according to “The Hill.

De La Fuente urges Republicans to fund their own recounts

Recount petitions can only be filed by candidates listed on the ballot.

Former independent candidate “Rocky” Roque De La Fuente, who also filed for a recount in Wisconsin, jumped into the fray on Monday with a challenge for Priebus.

“I understand Reince’s concern since Jill has only petitioned for recounts in states that would help Hillary … if they flipped,” he said in a statement.

“So, here’s the deal. Tell Mr. Priebus I have standing to petition for recounts in New Hampshire, Maine, Nevada, Minnesota and Colorado; all states that Hillary won by three percent or less. If he or the RNC will fund recounts in those states, I’ll file the petition if their respective statutes of limitation haven’t expired.”

The Trump transition team did not respond to the Brooklyn Eagle by press time about whether or not they intended to take De La Fuente up on his offer.

Uncertainty over the election tallies were raised by computer experts, who pointed out count anomalies and vulnerabilities in the specific voting equipment used by several states.

This came on the heels of the U.S. government’s announcement that Russia was behind the hacks of the Democratic National Committee and the email accounts of Clinton’s campaign officials. On Thursday, the Washington Post reported that the Russian government was behind much of the “fake news” stories that outperformed many “real news” stories online in the final weeks of the election. OPINION: Is Trump set to redefine how press & presidency engage? 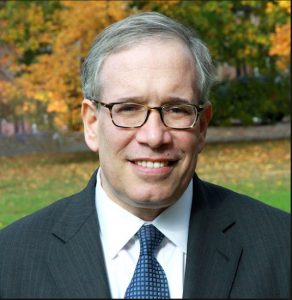