September 15, 2016 By Peter Stamelman Special to the Brooklyn Daily Eagle 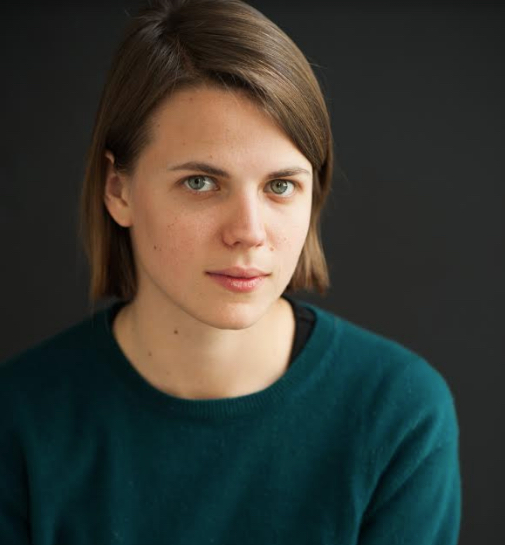 In her seminal 1982 book “In a Different Voice” (often referred to as “the little book that started a revolution”), Professor Carol Gilligan of Harvard writes that when she asked young women “[H]ow would you describe yourself?” she discovered that “women define who they are by describing relationships.” She goes on to write, “Justice is ultimate moral maturity for adolescents (usually male) who see themselves as autonomous. Care is the ultimate responsibility of adolescents (usually female) who see themselves as linked to others.”

Twelve years later, Dr. Mary Pipher, in her book “Reviving Ophelia,” argued that “[S]omething dramatic happens to girls in early adolescence. Just as planes and ships disappear mysteriously into the Bermuda triangle, so do the selves of girls go down in droves. They crash and burn.” Pipher cites many case studies from her own experience as a psychologist, including one about “Cayenne,” 15, who goes from being an athletic, self-assured child to a self-conscious adolescent.

It is not because I was a gender studies major that I read these books. I read them because starting in the 80s in Santa Monica, and continuing through the present in New York, I have been coaching female soccer teams, primarily teenagers. In the late ’90s, the mother of one of the most talented players on a travel team lamented that her 17-year-old daughter had told her that she no longer wanted to play soccer.  When I expressed surprise, the mother recommended that I read the Gilligan and Pipher books. So I added them to a reading list that, until then, had included more prosaic titles such as Simon Whitehead’s “The Complete Book of Coaching Youth Soccer” and Michael Sokolove’s “Warrior Girls: Protecting Our Daughters Against the Injury Epidemic in Women’s Sports.”

All of these memories came back to me while watching the world premiere of Sarah DeLappe’s stunning new play “The Wolves,” currently at The Duke on 42nd Street. De Lappe’s ferocious, exuberant work is a 21st-century corrective to many of Gilligan’s and Pipher’s outdated contentions.

For someone so young (she is 26), DeLappe has a heavyweight’s resume: She is the recipient of the American Playwriting Foundation’s inaugural Relentless Award, established in honor of Philip Seymour Hoffman, which is “the largest annual cash prize in American theater awarded to a playwright in recognition of a new play.” She was a finalist for the 2016 Susan Smith Blackburn Prize. She’s been a resident artist at the Sitka Fellows Program and SPACE on Ryder Farm and is currently a member of Ars Nova Play Group and the New Georges Audrey Residency. She’s also received an EST (Ensemble Studio Theater)/Sloan commission and a spot on The Kilroy’s 2015 List. In addition, she’s working toward her MFA in playwriting at Brooklyn College. She’s also shortlisted for the 2017 Nobel Prize … no, just kidding.

In “The Wolves,” De Lappe, in collaboration with the director Lila Neugebauer, has pulled off a fantastic high wire act. Using extensive Altman-esque overlapping dialogue, she gives us an insightful view of the lives of nine mid-teen female soccer players, in constant motion and constant conversation. Think “Nashville” meets “Bend it Like Beckham.”

On the day after the play officially opened, De Lappe spoke with the Brooklyn Eagle about growing up in Reno, Nevada; playing soccer since she was nine; the influence of war movies on her writing; her sudden fame (“The Wolves” is her first produced play); and, of course, her experience living in Brooklyn (Crown Heights). She is disarmingly open, modest and upbeat — and she has a sly, finely attuned sense of humor.

Brooklyn Eagle: First of all, congratulations. The reviews have been ecstatic, especially Ben Brantley’s in The New York Times. And in checking The Duke’s website, I see you are completely sold out. Well done!

Sarah De Lappe: Thanks! But it’s really not me, it’s “The Wolves”!

Eagle: The night I saw the play, the lobby of The Duke was like an airport arrivals and departures lounge: all these proud parents, grandparents, siblings and friends of the cast in eager attendance, many having just arrived with their luggage still in tow. There was a real family/best friends vibe, as well as a palpable, anticipatory buzz.

SDL: Yes, we’ve had a great turnout. Having nine young actors, many of them just out of college, making their off-Broadway debuts … well, everyone — family, friends, classmates — has been coming to the theater, showing their support. It’s been fantastic. Eagle: One of the elements I loved about the play is that you turn the archetypal male Hollywood war movie trope on its head; as the front of the Playbill proclaims, these are “Fierce, Fearless Females.”

SDL: Good point. I do think of “The Wolves” as a war movie. As a kid, I would see so many superhero movies, Westerns, sci-fi movies, all, of course, with almost all-male casts, except maybe for the obligatory girlfriend, the mother back home or the prostitute with the heart of gold. All of these films depict how these disparate men became one organism. They had to in order to survive. I wanted women to have access to the same material, with no limitations. So when I started writing “The Wolves,” I knew I wanted it to be my version of the WWII movie, only on a soccer field rather than a battlefield. Eagle: I love the way you have your cast deliver much of the dialogue while doing their warm-ups.

SDL: That was very deliberate. The physicality is a very important part of the play. These are women warriors. They need to be in their best fighting shape.

Eagle: Were you a soccer player yourself?

SDL: Yes, since I was 9 years old. But I quit … well, not really quit — sadly, my high school had no women’s soccer team. But I did play high school volleyball and ran track and field. Eagle: What was it like growing up in Reno?

SDL: Well, truthfully, it felt a bit like the suburbs, but with a lot of nearby opportunities for outdoor activities: hiking, skiing, snowboarding, rock climbing. I mean, despite the run-down casinos, the miniature golf courses and the fast-food places, it is the West. We even had a rodeo! In Nevada there’s all this crazy landscape: desert, high desert, forests, lakes, a big sky.

Eagle: Interestingly, “The Wolves” is the second large-ensemble new play that opened this summer. I’m referring, of course, to your Brooklyn (Bushwick) neighbor Jaclyn Backhaus’ “Men on Boats.” (See brooklyneagle.com for an interview with Backhaus.) When did you and Jaclyn meet? And were you aware of “Men on Boats”?

SDL: I think Jaclyn and I met in 2013, when I joined a writers group that she was also a member of around that time. And, yes, I was aware of the amazing “Men on Boats” when I wrote “The Wolves.” Eagle: Although the subject matter of yours and Jaclyn’s plays couldn’t be more different, there are certain thematic similarities: deconstructing American exceptionalism, the honing of survival instincts, flipping gender expectations, an uncanny gift for capturing American vernacular and the indispensability of teamwork. Equally interesting, Jaclyn also grew up in the West, in Phoenix. Is there something in the water?

SDL: The American West is synonymous with possibility, expansiveness. Growing up there, I think, you feel like there are less limitations than there might be in other parts of the country. You feel like you can go for it.

Eagle: As an ex-Californian, I concur. Because, with a few exceptions (“Personal Best,” “Bend it Like Beckham”), most popular entertainment sports stories are about men, did you feel like you were breaking ground?

SDL: Truthfully, I didn’t feel like I was writing anything groundbreaking. I was just excited to be creating young women as full-blooded athletes and complex characters, not reduced to types: daughters, sex objects, girlfriends. Eagle: Your cast is so uniformly (no pun intended) excellent that I hesitate to single out any actor, but I’m compelled to ask you about Lizzy Jutila, No. 00, the Wolves’ goalie. Who, or what, is the catalyst for her astounding, tour de force solo work out on the empty pitch?

SDL: Great question! I’d like to leave the facts of the scene open to audience interpretation. In talkbacks, I’ve learned that audience members create a wide variety of circumstances to fill the gaps, but what unites them (and what must be communicated) is that Something Has Gone Wrong. I will say that this scene, called “Time Out,” is the key to the play … and that a death can’t occur within the space of a transition. I’ve told you that I think of this play as a war movie. Here is the only time we see a character go to battle. No. 00 is expressing, with her body, a grief and rage which words can never hold.

Eagle: If I were to speculate on theatrical influences, would I be correct in citing Caryl Churchill as a major one?

SDL: Absolutely. But there’s also Thornton Wilder, Wallace Shawn, Suzan Lori-Parks. As well as all of my great teachers: Paula Vogel, Amy Herzog, Deb Margolin, Donald Margulies. And, of course, the canon: Chekhov, Shakespeare, you know, the guys on the theatrical Mount Rushmore. Eagle: With Annie Baker, Mary Hamilton, Sam Gold, Evan Cabnet, Jaclyn, you, as well as a lot of other playwrights and theater directors living in Brooklyn, do you think you’re sort of the new “made” men and women, replacing the “old” Brooklyn literary Mafia (Auster, Egan, Foer, Lethem)?

SDL:  Well, I don’t think we’re replacing anybody, but there definitely is a theater community here in Brooklyn. I’m at Brooklyn College getting my MFA, so I meet a lot of other writers there, and I do know many of the people you’ve mentioned. Also, Brooklyn’s cheaper than Manhattan!

Eagle: Brooklyn’s lucky to have all of you. You’re following in hallowed footsteps: Arthur Miller, Carson McCullers, Truman Capote, even Larry David! Staying on the subject of Brooklyn, what are some of your favorite activities? Theaters? Restaurants?

SDL: Going to BAM [Brooklyn Academy of Music] for theater and film, JACK in Clinton Hill, the Brooklyn Museum. Regarding restaurants, I adore Barboncino on Franklin Avenue; Ample Hills Creamery for ice cream; Doris, a fantastic bar on Fulton Street, in Bed-Stuy.

Eagle: I’m relieved to learn you actually take some time off from your laptop! “The Wolves” continues its sold-out run at The Duke on 42nd Street. Cancellation line begins one hour before each performance. For more information, visit www.playwrightsrealm.org.