Don't try to get a phony ID at the DMV 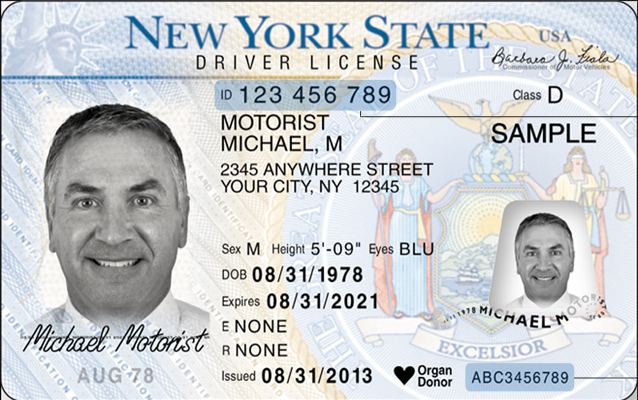 People attempting to obtain a New York State driver’s license under false pretenses will have a harder time of it following a recent upgrade of facial recognition software by the state’s Department of Motor Vehicles (DMV).

The software uses algorithms of facial characteristics – such as cheekbones or the distance between eye pupils — to compare driver’s license images with other DMV images.

The DMV’s program has been beefed up to double the number of measurement points (from 64 to 128) mapped to each driver’s photograph, Gov. Andrew Cuomo said in a release on Monday.

The new system also allows for the ability to overlay images, invert colors, and convert images to black and white to better see scars and identifying features on the face. Different hair styles, glasses and features that change as a person ages will not prevent the system from matching photographs, according to the release.

To identify persons of interest, photos are compared to more than 8,000 new photos taken each day at DMV offices statewide, as well as about 16 million photos already in DMV’s database.

The new software will “vastly improve” the system’s ability to combat identity theft and other fraud, and remove high-risk drivers from the road, Cuomo said. The goal is “one driver, one license.”

“New York has quickly become a national leader in implementing this technology, and we will continue to raise the bar to ensure safer and more secure communities statewide,” Cuomo said.

The DMV’s facial recognition software has already been used to arrest thousands of people with false identities in New York State. Since the technology was implemented in 2010, more than 3,600 individuals have been arrested for possessing multiple licenses.

It was pivotal in the apprehension of a man who collected more than $80,000 in fraudulent Social Security benefits under two identities, the state said.

This past summer, New York and New Jersey motor vehicle agencies started to collaborate to use facial recognition technology across state lines.

The government collects facial data points because faces are the most abundant biometric used in social media, surveillance cameras and mobile devices, experts say. Other biometrics involve vein patterns in hands, for example, or ear shape.

But critics raise concerns about the software’s use in invading people’s privacy.

The FBI’s biometric database, for example, may include as many as 52 million faces and up to one-third of Americans, according to the Electronic Frontier Foundation.

In a program called Next Generation Identification, the FBI combines facial characteristics with other data it has in its records, including palm prints, iris scans and fingerprints.

One of the biggest concerns of the Electronic Freedom Foundation is that the FBI database will include non-criminal as well as criminal face images. The database already contains millions of photos taken for non-criminal purposes.

Big Brother is not the only concern of privacy advocates. In response to complaints, in 2013 Google banned facial-recognition apps on Google Glass. Debut of a financial home sweet home in Bed-Stuy