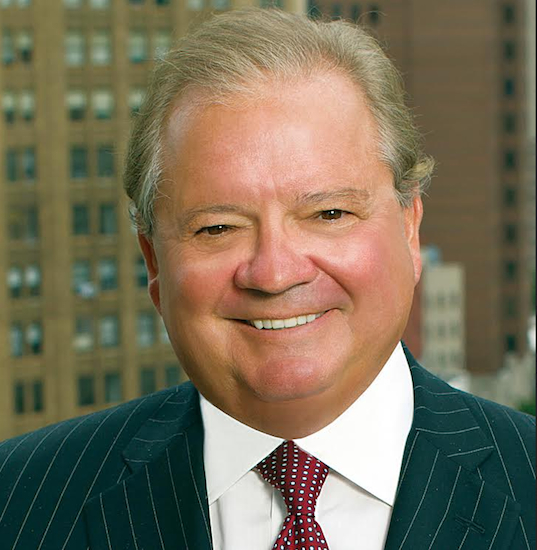 Brooklyn Law School Dean Nick Allard, who took the beloved, but challenged, institution into his innovative  hands three years ago — with impressive success, we might add — will take the school and some of its most revered graduates someplace else on June 11: Ellis Island.

The event is billed in “save the date” notices as a “Salute to Brooklyn Law School Icons.”

Brooklyn Law School, we believe, has had a generous share of its graduates who were directly descended from immigrants who passed through Ellis Island’s portal, starting way back in 1892.

Many of us could have an ancestor who arrived here in 1907, when more than a million immigrants — most from Eastern Europe — debarked at that iconic point of entry.

“Join us for a grand celebration of the extraordinary people who have helped shape the enduring 115-year legacy of Brooklyn Law School and inspire our vision for educating the next generation of outstanding leaders,” Dean Allard says.

How to make reservations? How will we get there? What about cost?  Dean Allard promises that invitations will soon go into the mail, perhaps by the time this column is published.

More recent grads will instantly go to the web. Many of us, particularly from the class of 1967, will be more than happy to tear open envelopes to view our printed-on-paper invitations.

Did Kings Jury Set Odds on Dangers of Coney Cyclone?

Most folks are too afraid ride it.  Those who dare are sometimes accused of being “adrenaline junkies.”

How dangerous is it to take a ride on the legendary Coney Island Cyclone? Is there any way to quantify the risk?

According to a Kings County jury finding last week (Paula Noone v. City of New York, Astroland Kiddie Park and Cycle Coasters, Inc.), risk assumed by those who dare to strap in may be much greater than that.

Though their collective wisdom may not provide the final word on the issue, a jury ruled last week in a   Supreme Court case — tried before Justice Kathy King — that those who ride the Cyclone may be betting against the odds when they buckle in before taking the death-defying trip.

Based on a strictly literal interpretation of the jury verdict, those who assume the risk are taking a gamble — six to four against them — that they will sustain bodily harm.

Lawyers will argue, correctly, that this is an invidious “apples and oranges” comparison.

Many other factors must be considered: 1) Exactly how did the injury occur? Did the plaintiff stand up and wave to friends below? 2) Was there an intervening force? Did hurricane-level winds suddenly cause the entire ride to shake? 3) Strictly regarding the damages issue, was the plaintiff in good health (i.e., did she heed posted signs warning that those with prior neck injuries should not board a Cyclone car)?

The jury did find that the plaintiff was 60 percent contributorily negligent. The verdict totaled $1.5 million. Will the Cyclone-riding public take note? Probably not. Some risks are simply too much fun to avoid.

“When was the last time you had a happy surprise on April Fool’s Day?”

This was the introduction of a unique challenge by Brooklyn Bar Association (BBA) CLE Director Danielle Levine.

For a brief time only, Levine — working, of course, with BBA President Rebecca Woodland and Executive Director Avery Okin — was slashing the costs of live April and May programs by 50 percent!

The tempting gesture was effective (binding?) for only 24 hours, but it was a bold initiative that drew a lot of positive attention — even from those of us who weren’t clever or attentive enough to take advantage of the savings opportunity.

Nevertheless, there are still several valuable and regularly priced CLE offerings on the BBA agenda, such as:

Note: It’s important that anyone wishing to take part contact Levine at [email protected] ASAP. Most of the above sessions take place at BBA headquarters, 123 Remsen St.