A married lesbian couple has a legally protected relationship to their son and does not require the added protection of a second parent adoption, a Brooklyn judge has ruled.

A.C. and M.M, as they are identified in court documents, are New York residents and were married in Connecticut in 2011. Although their right, as a lesbian couple, to marry was not codified in New York law at the time of their marriage, New York did recognize the validity of same-sex marriages legally preformed in other jurisdictions.

In 2013, M.M. gave birth to the couple’s son Sebastian, with A.C. also listed as a parent on the child’s birth certificate. Out of a concern of further solidifying her rights as Sebastian’s non-birth parent, A.C. filed a petition to adopt Sebastian — a petition deemed “neither necessary nor available” by Brooklyn Surrogate Margarita López Torres.

“One of the key things that attorneys tell their same-sex clients is to adopt, adopt, adopt,” Vienky Anandarangam, an attorney with the firm Jeffery Peltz, P.C., told the Brooklyn Daily Eagle. Second-parent adoption — adoption of a child by a second parent who is not married to the legal or biological parent of the child — is a popular tool for securing parental rights of same-sex couples, both married and unmarried.

But since New York affords all married couples the presumption of parentage to children born during marriage, the necessity for adoption may be moot.

Further, A.C. is married to Sebastian’s birth mother and “New York courts have long held that the presumption of legitimacy afforded children born of married parents is ‘one of the strongest and most persuasive known to the law.’”  This presumption is granted to same-sex couples as well.

When New York state ratified the legality of same-sex marriages in July 2011, all of the legal protections associated with marriage was granted as well.  When a child is born to a married heterosexual couple, it is presumed that both spouses are the parents to that child. The same presumption is now afforded to a child born to a married homosexual couple, regardless of the mode of conception.

Given that A.C. is the presumed parent of a child born out of a marriage and is listed as a parent on the child’s birth certificate, to allow A.C.’s adoption of Sebastian would only “affirm an existing, recognized and protected parent-child relationship between A.C. and her son,” noted López Torres. And such “unnecessary” affirmation would allow for the implication that “true marriage equality” does not exist, López Torres stated.

“The judge is practicing wishful thinking and looking at the issue through rose-colored glasses in saying that because a couple is married and because New York state gives the presumption of parentage they should not have to do an adoption,” said Brooklyn attorney Diana Adams.

“Yes, same-sex couples should not have to go through the hassle of adoption, but the reality is that being married would not be sufficient to guarantee parental rights in other states,” Adams continued.

A.C.’s petition for adoption was not to add further legitimacy to her parental rights in the state of New York. The non-birth mother feared that her parental rights to Sebastian would be ignored and adjudged unenforceable in the event that the family travels to an area of the country that does not recognize gay marriage or has hostility towards same-sex parents.

“There are some states that do not recognize gay marriage or same sex parents. In these states, the biological parent controls.” Anandarangam noted.

“States have the right to define their own family policy, in spite of Windsor,” Adams, an attorney specializing in non-traditional family law, explained. “Adoption however, is something that is a nationwide standardized system, and you do not need to get into the issue as to whether the marriage is valid,” she noted in asserting the importance for adoption options for same-sex couples.

López Torres acknowledged the possibility that another jurisdiction may not recognize A.C.’s legal rights as Sebastian’s parent, but believed the appropriate venue to seek such redress would be in the jurisdiction wherein A.C.’s rights are denied.

“[I]n the event of relocation to a jurisdiction hostile to marriage equality, the more appropriate, and indeed necessary, course of action would be to seek redress of the denial of their civil rights in such jurisdiction,” López Torres wrote.

“Leaving the issue parental rights of the non-biological parent to be determined on a case-by-case and state-by-state basis may leave couples [unduly] unprotected,” Adams warned. “Many questions of parental rights are raised during an emergency.”

If, for example, Adams explained, a married same-sex couple gets into a car accident in a state that does not recognize gay marriage, the non-biological parent may be denied the ability to assist in making medical decisions for her child or even be prevented from visiting the child in the hospital.  “There is a strong risk against the non-biological parent,” counseled Adams.

Divorce is also a possibility, and if the biological parent takes the child to a jurisdiction that does not recognize gay marriage or a birth certificate with two females listed as parents, the non-biological parent may find herself fighting a seemingly unwinnable custody battle.

“We would like for same-sex couples to not have to adopt their own child, but we have seen terrible situations,” Adams advised.

In spite of the concerns surrounding López Torres’ ruling that it is “wholly unnecessary to affirm the existing parental relationship between A. C. and [Sebastian] via an adoption proceeding,” Adams still advises couples to take advantage of having both names of the birth certificate.

“If the couple is married at the time of the birth, I recommend the non-biological parent take advantage of the presumption of parentage because it’s protecting them right away in NY and second-parent adoption takes time to go through,” she said.

In addition to the bureaucratic inconvenience of second-parent adoption, there is a “psychological joy of having your name on your child’s birth certificate,” Adams said – a joy that many parents would prefer to take advantage of. 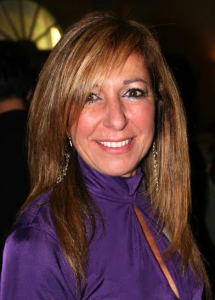