He cooked meals for Sandy victims A Bay Ridge civic and political activist who organized a local relief effort to assist the victims of superstorm Sandy last fall that involved leading volunteers in cooking thousands of meals for displaced families was honored by the city with a Helping Hand Award.

Justin Brannan, founder of Bay Ridge Cares Kitchen, a group that worked for months behind the scenes preparing and delivering hot meals to storm ravaged parts of Brooklyn, Queens, and Staten Island, received the award from Mayor Michael Bloomberg and Department of Small Business Services Commissioner Robert Walsh at a recent ceremony in lower Manhattan.

The winners are selected from among nominations submitted by the public to the Dept. of Small Business Services.

“It’s very sweet that someone would nominate me for this tremendous award,” Brannan said at the awards ceremony. “But I’m really just here tonight to collect this because it belongs to Bay Ridge – this award is really for all the amazing people who came forward, joined hands and came together in the hours, days and weeks after Hurricane Sandy. This was a team effort,” he said.

“For the past 12 years the Neighborhood Achievement Awards have spotlighted the remarkable small businesses, individuals and organizations helping to strengthen neighborhoods in all five boroughs, and this year we are also recognizing those that went above and beyond to help after Hurricane Sandy,” Walsh said.

Brannan, a lifelong resident of Bay Ridge, is a graduate of PS 185, McKInley Intermedaite School, and Xaverian High School. He currently serves as communications director for Councilman Vincent Gentile (D-Bay Ridge-Dyker Heights-Bensonhurst). He is also the founder and president of the Bay Ridge Democrats, a local political club. Brannan and his wife, Leigh Holliday Brannan, along with his mother, Mary Brannan, are the owners of The Art Room, a school and gallery space on Third Avenue.

“In the hours and days after the storm, so many amazing people walked into Councilman Gentile’s office asking how they could help. And just as quickly as the donations came through the door, they went right back out in someone’s car on their way to Breezy Point, Seagate or Midland Beach. It was a beautiful thing to see everyone coming together,” Brannan said, recalling the aftermath of the Oct. 29 hurricane.

Brannan teamed up with two friends, Alison Robicelli and Karen Tadross, to set up a pop-up soup kitchen that went on to prepare and deliver 26,000 meals over the course of 28 days for the victims of Sandy.

The group operated out of a kitchen in the basement of St. Mary’s Orthodox Church on Ridge Boulevard. Dozens of volunteers, plus guest head chefs from some of New York’s hippest restaurants, and celebrity food critics, helped chop carrots and cook up hot and nutritious meals six days a week that were then delivered to the victims and recovery workers.

“I’ve said it once and I’ll say it again and again: Bay Ridge comes together like no other place on earth,” Brannan said. “We are a small town in a big city – and when times are tough, we band together and we give from our hearts without question or hesitation,” he said. 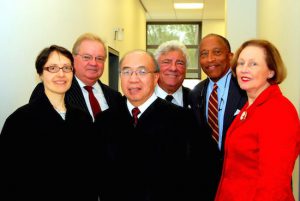