Erin Sayar, former teacher at James Madison High School in Marine Park, was sentenced in Brooklyn Supreme Court, Criminal Term, on charges stemming from accusations that she engaged in a sexual relationship with her student, Kevin Eng.

Sayar, 36, plead guilty to statutory rape in June after turning herself in to Brooklyn’s Special Victims Unit on the eight criminal counts of statutory rape, 16 counts of sexual abuse of a minor and other related charges.

Supreme Court Justice Elizabeth Foley sentenced Sayar to 10 years probation, revocation of her teaching license and designation as a Level 1 sex offender. Level 1 sex offenders are categorized as low risk of recidivism and are not required to have their name and photo appear in the public database. As a designated sex offender, Sayar still has to register with the New York State Division of Criminal Justice Services for the next 20 years.

Though Sayar’s criminal case has come to a close, a civil case is still pending against Sayar and the New York City Department of Education for their alleged role in the assault and battery of Eng. The suit, brought by Brooklyn attorney Bruce Baron on behalf of his clients –  Kevin Eng and Kevin’s mother, Maureen Eng – alleges that the City of New York in general and the New York City DOE in particular were negligent in hiring Sayar, and that they failed to report or investigate allegations of sexual abuse.

“While always keeping their focus on obtaining justice, [the Eng family] was sympathetic to the defendant during the sentencing phase given her current health crisis,” Baron told the Brooklyn Daily Eagle.  It is being reported that Sayer is seriously ill and has been diagnosed with lymphoma—a type of blood cancer.

“Now we move forward in the civil matter with discovery, in order to provide the Eng family their day in court holding all those responsible.” 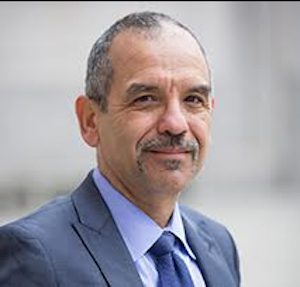