That’s Ellie Levinson, an avid volunteer in the green-thumb group, setting a shovel to the soil of her South African homeland in dramatic photos from a recent visit to loved ones.

The Brooklyn Heights author was weeding newly planted beds of native grasses at the home that her son Robbie and daughter-in-law Tracy are building in an “eco-estate” in Ballito, a coastal town north of Durban.

“They left all the wildlife and only native species can be planted,” Levinson told the Brooklyn Heights Press. “They’ve gone completely indigenous.”

Monkeys hung out in a native forest just beyond the row of grasses where she was working. Bucks (as South Africans call deer) and mongeese (that’s the plural of mongoose) were everywhere.

Because it was winter, with daytime temps around 70 degrees, the snakes she’d have to watch out for during warmer seasons were hibernating – red-lipped heralds, common garden brown snakes and puff adders.

That’s something Brooklyn Heights gardeners don’t expect to find in the Japanese anemones and petunias on the Promenade.

“I was going back to my roots – literally,” said Levinson, who moved with her husband Ivan to Brooklyn Heights 5 ½ years ago.

“One week I was weeding in Africa, wearing a sweater because it was winter, and the next week I was on the Promenade in the heat wave,” said Levinson, one of the Promenade Garden Conservancy volunteers who muster on Tuesdays from 9 a.m. to noon.

We’d amp up the drama of her tale by saying the cheetah in her eye-catching photos lurked nearby as she gardened at the eco-estate. But in truth, the sleek hunting cat was at Imfolozi, a game park where she and her family spent five nights.

That’s where she spotted the huge-horned buffalo sipping from a pool, photographed the monkey perched in barren tree branches and took the shot of the spectacular sunset.

During her trip, she was intrigued by the heightened concern for the environment among South African gardeners.

English country gardens were popular in South Africa in the 1980s when she first joined a garden club in Pietermaritzburg, where her family had settled.

The indigenous plants in her son and daughter-in-law’s garden include aloes with flowers in shades of orange and yellow, gorgeous birds of paradise and pawpaw trees.

Working the Promenade flowerbeds is a bit different from tending her garden in Pietermaritzburg, where she had lemon, orange, avocado, mulberry and pawpaw trees along with flowers familiar to Heights residents like roses, tulips, daffodils and hydrangea.

“We were cutting back all the time because everything is so lush,” she explained. “The growing season is 12 months a year.”

Getting to working with the Promenade Gardeners is one of the things she loves most about living in Brooklyn Heights.

“We’ve got an actor, an artist, a chef and a harpsichord player who is a great baker. We’ve got grandmothers who kneel down in the dirt for hours,” she said.

“All the people who stop and say thank you – it really is heart-warming.”

She and her husband chose Brooklyn Heights over Manhattan neighborhoods as a place to settle because “we wanted something with a view,” she explained.  She found an apartment on a high floor of the St. George Tower at 111 Hicks St., with the skyscrapers of Lower Manhattan and the shoreline of Brooklyn Bridge Park ever-present outside the huge windows.

She’s just starting work on a sequel to her riveting memoir, which recounts her life under apartheid in small-town South Africa as one of six children of a Catholic, Lebanese mother and an English father and later, her travels through 42 countries.

She wrote the book as “a log of my life for my children and grandchildren,” urged on by fellow members of a book club she belonged to in South Africa.

“I had an exotic life but I didn’t realize it,” said Levinson – whose travels included a six-month stint in war-torn Rhodesia.

Her American friends often tell her, “You did so many dangerous things – how are you still alive?”

The memoir ends with her family’s 2002 departure from South Africa to Connecticut, where they went initially before their move to the Heights.

In the sequel, she will tell about her 11½ years in America – including the powerfully emotional experience of becoming a U.S. citizen in June 2010.

“You won’t believe the difference I felt,” said Levinson, who cries when she hears the National Anthem.

At the swearing-in ceremony at Federal court in Cadman Plaza, the judge told the crowd of 300 new citizens, “‘You can’t ever forget your roots; we’ve all got roots. We don’t expect you to forget where you come from.’  And that all makes sense,” Levinson recounted.

“I do feel passion for South Africa – but I’m passionate about America now.”

Her son David, who lives in London, will visit Brooklyn Heights soon to brainstorm with her about the sequel, which doesn’t have a title yet.

Perhaps he will draw illustrations for each of the chapters, which will describe different episodes of her life in America.

“He’s coming to drink tea, play Scrabble and write with me for a month,” she said. 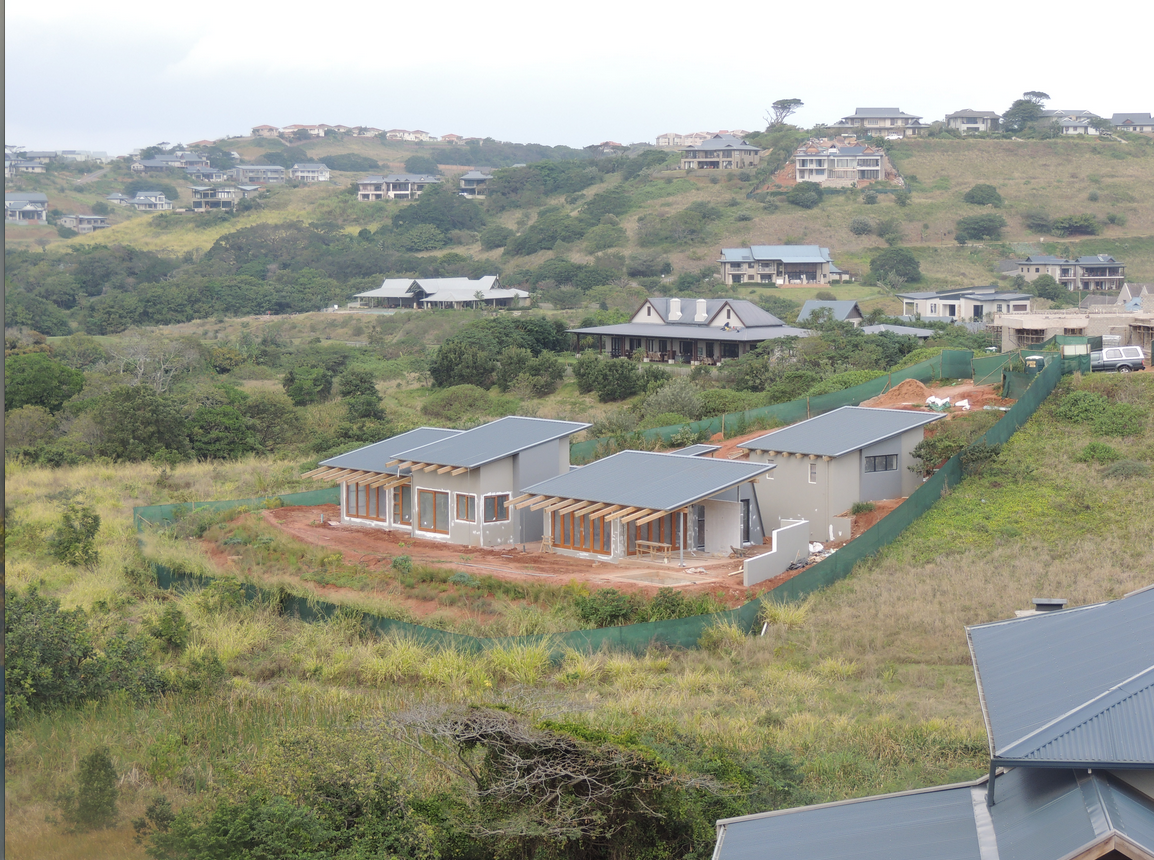 What price light & air from a neighboring lot?