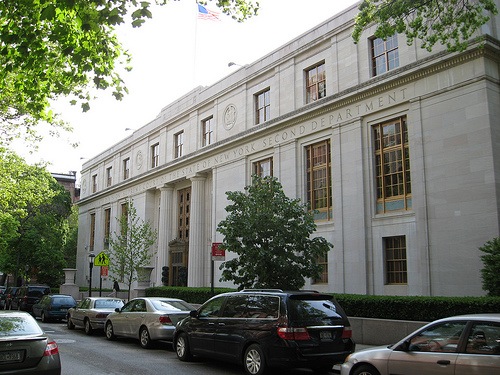 When attorneys conduct missteps and errors, there are many disciplinary actions that may be taken against them. Public censure and brief suspension from the practice of law are the most common actions taken against attorneys. When serious violates occur, the harshest discipline of all handed down: disbarment.  This was the case for former Brooklyn attorney Gerard Tanella.

Tanella, admitted to the New York State Bar in 2003, was accused of neglecting client matters and writing bad checks from his personal and business checking accounts.  Seven client complaints were filed against Tanella dating back to 2008, resulting in 26 charges of misconduct filed by the Grievance Committee.

In a number of the complaints, it was alleged that Tanella mishandled monies entrusted to him by clients.  The rules of ethics that govern the actions of attorneys require that attorneys have separate accounts: one for client funds and another for business operating expenses.

In its investigation of Tanella’s actions, the Grievance Committee found “numerous escrow violations.”  Funds given to Tanella, to hold on behalf of his clients were “routinely deposited into his [personal] account without explanation.”

In one instance, Tanella fabricated a court order to convince third-party litigation funding entities, that his client had reached a $35,000 settlement, according to the committee.  One of these entities, Empire Settlement Funding, commenced and won a lawsuit against Tanella, forcing Tanella to reimburse $161,431.51.

Representing himself, Tanella asserted that it was the stress of dealing with the litigation funding entities that caused him to neglect his cases and maintained that he was “taken advantage of by [unnamed] unscrupulous human beings.”

Tanella’s case was referred to the Appellate Division, 2nd Department in Brooklyn Heights. The court found that the aggravating factors in the case “numerous and substantial,” including the “complete abdication by [Tanella] of his fiduciary duties over client funds; serial neglect by [Tanella] of legal matters entrusted to him and giving of false testimony to the Grievance Committee.”  Harsh in its reprimand, the court believed Tanella to be “morally corrupt and intellectually bankrupt.”