Global superstar, who just wrapped a project in the borough, speaks to the Eagle Jacqueline Bisset is one of the world’s greatest and best-traveled actresses, but the other day, she had a confession to make: She’ll take Brooklyn, not Manhattan.

“Brooklyn’s got a much gentler vibe than Manhattan,” she told me by phone from Los Angeles. “I think it must be a great place to live. I’d love to get to know it better.”

Bisset became the latest convert to Brooklyn thanks to her role in the just-wrapped indie film, “Asher,” part of which was shot in the borough.

“Asher” is the story of a former Mossad member turned gun for hire, living an austere life in an ever-changing Brooklyn. Coming to the end of his career and perhaps his life, Asher (Ron Perlman) breaks an oath he took as a young man when he meets Sophie (Famke Janssen) on a job gone sideways. In an effort to live a life before it’s too late, he must kill the man he was, for a last chance to become the man he wants to be. Bisset plays Dora, Sophie’s mom.

“Asher” is one of three recently completed films for Bisset — who has worked hard from the very start of her long career, working with a wide variety of directors and leading men, including getting “The Knack” for Richard Lester in 1965, playing Steve McQueen’s girlfriend in “Bullitt” in 1968, Albert Finney’s wife in John Huston’s “Under the Volcano” in 1984, and working with Claude Chabrol in 1995 on “La Ceremonie.” 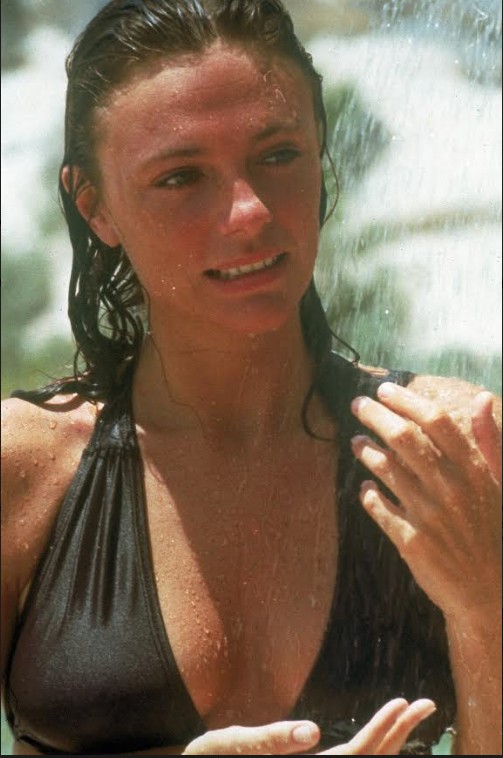 Currently, Bisset is championing her latest film, “Backstabbing for Beginners,” which just opened in New York. It’s a political thriller set in the Middle East in the run-up to the war in Iraq. In it, Bisset plays Christina Dupre, an aid worker who is trying to straighten out the mess in a corrupt and mismanaged Food for Oil program that the Bush administration and the United Nations set up to get Saddam Hussein to feed his people. Ben Kingsley plays an amoral and unscrupulous U.N. official who locks horns with Dupre.

Kingsley’s participation is one of the principal reasons Bisset decided to do the film. “I liked the atmosphere of the piece and I was very eager to work with Ben. It’s a good part, although I would have loved to have had my character be more fully developed. But that’s true of many of the roles I take these days. I do always look for the juicy bits and pieces.”

That’s been the case since her biggest break, playing Julie Baker in Francois Truffaut’s “Day for Night” (1973). I mentioned to Bisset that the film is one of my personal favorites because of her performance

“It’s one of mine, as well,” she said, though she gave a different reason. “It was important for me because up until that film I’d been in Hollywood making studio movies, doing mostly girlfriend parts. Because ‘Day for Night’ showed that I was capable of being much more than just the girlfriend, it was a pivotal role for me. And it helped me shape a different, more rewarding career for myself.”

Bisset has been so good for so long that her mere presence adds gravitas to any role, and this is certainly true of her performance in “Backstabbing for Beginners.” But she also did her homework.

“I didn’t know all that much about the Oil for Food program, but I’ve always been fascinated by all the Byzantine shenanigans that go on in the Middle East,” she said. “I try to keep up by reading the papers, but it’s all a bit of a puzzle, isn’t it?”

Speaking of puzzles, I ask Bisset for her take on Donald Trump. “First, I don’t understand why he’s so determined to reverse everything that President Obama accomplished. It must be his narcissism. Plus, he seems shockingly uninformed. I have friends who know him and who like him, but he’s an enigma to me. He seems to me to be making all the wrong choices, about the Iran deal, the Paris climate accord, immigration. I mean, I can understand that there are people with different points of view, who support him. I think perhaps America needs more than two parties. I know there is the Green Party…but it doesn’t seem to be a real alternative.”