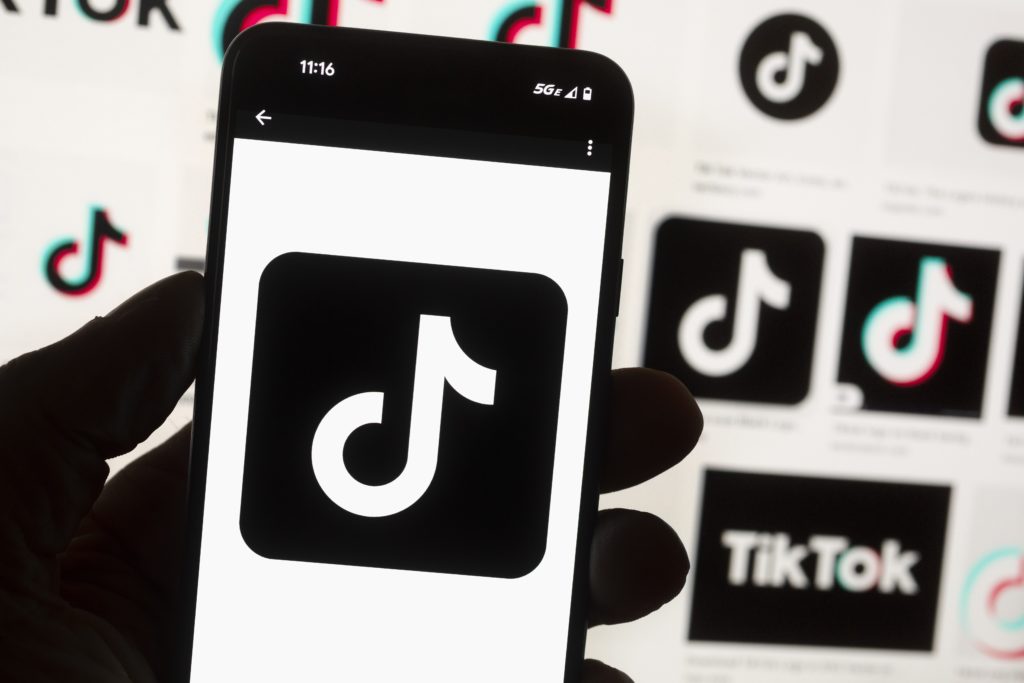 The TikTok logo is seen on a cell phone. AP Photo/Michael Dwyer, File
Share this:

Candidates in the upcoming midterm elections are spending billions of dollars on television, radio, out-of-home and on social media channels like Facebook, Twitter, and Instagram. An analysis of four key senate races by NYU Tandon cybersecurity and privacy expert Damon McCoy opens a keyhole into who on the left and right is spending what on which messages.

Research by McCoy and his team at the Cybersecurity for Democracy (C4D) program at Tandon shows that, among other things, social media spend by mid-term candidates in Nevada, Pennsylvania, Wisconsin and Georgia — states where control of congress hangs in the balance — suggests Democrats are outspending Republicans on Meta (formerly Facebook) with ads on Facebook and Instagram focused on generating political donations.

McCoy, professor of computer science and engineering at NYU Tandon and Director C4D has been taking a hard look at how candidates across the board are spending on social media. The question is critical because, as McCoy and Laura Edelson, a former Ph.D. student (now post-doctoral researcher) have shown, the social platforms like Facebook and Tik Tok are not doing a good job flagging ads featuring misleading and outright false political information. Since the 2016 election, McCoy and Edelson have, in fact, been researching this phenomenon: how social media and their algorithms let anonymous advertisers target users in order to spread misinformation.

To dive into midterm media spend data, McCoy and Edelson employed a free-to-use tool they developed called NYU Ad Observatory, designed to help reporters, researchers and other interested parties monitor political advertising patterns and discern who is behind paid content even if that content is masquerading as something other than political advertising. Among its features, Ad Observatory classifies ads by topic illuminating the differences in how left-leaning and right-leaning organizations are focusing messaging on Facebook & Instagram.

The new data from the Ad Observatory on social media spend in Georgia, Nevada, Pennsylvania, and Wisconsin reveals that in all four races Democrats have committed much more money to ads on Facebook and Instagram properties than have Republicans, and the lion’s share of ad spend on both sides of the aisle in the four states has on ads seeking campaign donations.

In Georgia, for example, Raphael Warnock’s social media political ad spend hovered around $40,000 per month, with spikes up to $140,000 in July, while Hershel Walker’s investments on Facebook and Instagram approached only $22,000 during a period in August, focused on that same topic.

In Nevada, Democratic incumbent Senator Catherine Cortez Masto, who is fending off Republican Adam Laxalt, has spent nearly twice as much on Facebook and Instagram than her opponent, who, except for a spending spike in late July on donations, has spent negligible amounts.

In the hotly contested Pennsylvania senate race between TV doctor Mehmet Oz and former Lieutenant Governor John Fetterman, the former has spent virtually nothing on the two platforms versus Fetterman whose messages seeking donations topped out at nearly $120,000 in August, per Ad Observatory data.

And in Wisconsin, the state’s first black Lieutenant Governor Mandela Barnes spent over $100,000 in early October on ads about donations, while his opponent on the right, the state’s incumbent senator Ron Johnson topped out at around $12,000 in mid-September.

Among other findings by McCoy and Edelson, “economy” is drawing more spending from the right than the left. However, some of the topics, such as “abortion,” “election,” and “health care,” have a high proportion of spending not yet classified by partisanship, indicating a direction for deeper research. (More information on how the Ad Observatory framework works is here).

“There are some areas where Facebook is improving its algorithms, and some where it appears perhaps they have taken a step backward or not improving as much,” says McCoy in the podcast. “I think the 2016 election was an alarm bell and wake-up call that there are not just financial repercussions to misinformation and lack of transparency, but consequences for the actual underpinnings of democracy,” he says. Who’s the most electable candidate? The one you like