August 23: ON THIS DAY IN HISTORY 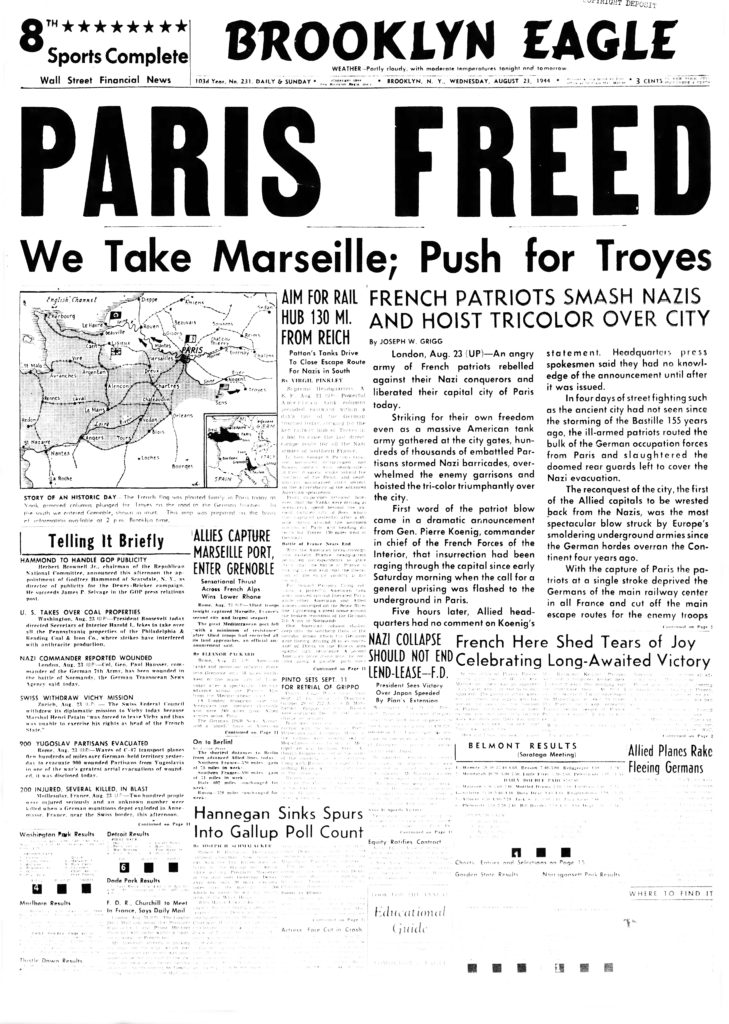 ON THIS DAY IN 1920, the Brooklyn Daily Eagle reported, “A list of investors in the [Charles] Ponzi scheme — persons who trusted in the ability of the overnight financier to make riches for them in a month or two – looked like a cross section of the community when it was printed today. All walks of life were there — men and women of the professions, of business and of labor. It is estimated that thirty thousand in all placed their money in the scheme which is now in receivership and of these about one-half withdrew it with or without the 50 percent interest which Ponzi paid before the crash. The others are relying on federal receivers to recover what is left.”

ON THIS DAY IN 1935, the Eagle reported, “WASHINGTON (A.P.) —  Budget Bureau officials and the President’s Economic Security Committee estimated today that 10,000 persons will be employed to administer the new social security law. The new agency will be ‘one of the largest in Washington,’ one high-ranking Budget Bureau official said.”

ON THIS DAY IN 1942, the Eagle reported, “SARATOGA SPRINGS, AUG. 22 — John R. Crews, the Brooklyn leader, arrived today and joined party chieftains from other sections of the state in conferences tonight to complete the groundwork for Monday’s opening of the Republican State Convention. State Chairman Edwin F. Jaeckle, of Buffalo, also arrived late today and was guiding tonight’s discussions of the party leaders. The bulk of the Kings County delegation, which consists of 189 members and exceeds every other county delegation in voting strength, is due to arrive here tomorrow afternoon. Former District Attorney Thomas E. Dewey’s nomination for governor is accepted as a political certainty regardless of developments indicating a party minority is lukewarm or unalterably opposed to making him the standard bearer.”

ON THIS DAY IN 1944, the Eagle reported, “LONDON (U.P.) — An angry army of French patriots rebelled against their Nazi conquerors and liberated their capital city of Paris today. Striking for their own freedom even as a massive American tank army gathered at the city gates, hundreds of thousands of embattled Parisians stormed Nazi barricades, overwhelmed the enemy garrisons and hoisted the tri-color triumphantly over the city. First word of the patriotic blow came in a dramatic announcement from Gen. Pierre Koenig, commander in chief of the French Forces of the Interior, that insurrection had been raging through the capital since early Saturday morning when the call for a general uprising was flashed to the underground in Paris. Five hours later, Allied headquarters had no comment on Koenig’s statement. Headquarters press spokesmen said they had no knowledge of the announcement until after it was issued. In four days of street fighting such as the ancient city had not seen since the storming of the Bastille 155 years ago, the ill-armed patriots routed the bulk of the German occupation forces from Paris and slaughtered the doomed rear guards left to cover the Nazi evacuation. The reconquest of the city, the first of the Allied capitals to be wrested back from the Nazis, was the most spectacular blow struck by Europe’s smoldering underground armies since the German hordes overran the continent four years ago.”

ON THIS DAY IN 1953, the Eagle reported, “ALBANY, AUG. 22 (U.P.) — The State Health Department has released more than 2,000 units of gamma globulin for 200 children who were exposed to polio at a Catskill summer camp. The action was announced late yesterday by Governor Dewey’s office after appeals had been received from several parents. It was disclosed that a waiter at Camp Delmont, Sullivan County, was stricken with the disease. The department said 268 units of the blood serum were given earlier to ten close contacts of the polio victim.”

SONG AND DANCE: Gene Kelly was born on this day in 1912. The actor, dancer, director and choreographer starred in many hit films, including the musicals “Singin’ in the Rain” and “An American in Paris.” He died in 1996.

SHAKEN UP: Brooklyn was hit by tremors on this day in 2011. A magnitude 5.8 earthquake that was centered in Virginia was felt here for about 15 seconds at 1:50 p.m. Minimal damage was reported, but Borough President Marty Markowitz told the Brooklyn Eagle, ‘We need this like we need a hole in the head.’”

“People are not in a good mood when any politician’s face appears on television.”

— political satirist Mark Russell, who was born on this day in 1932