Come to the Brooklyn Bar Association Annual Meeting May 11 Hon. Frank Seddio will be given the Distinguished Service Award by the Brooklyn Bar Association during its Annual Meeting on May 11. Eagle file photo by Rob Abruzzese
Share this:

The Brooklyn Bar Association will host its Annual Meeting on Wednesday, May 11 at 6p.m. where it will give out awards to Hon. Frank Seddio and four others during a ceremony.

Seddio, a former Surrogate Court judge and past president of the Brooklyn Bar Association, will receive the Distinguished Service Award for his service and commitment to the association.

The other honorees include Treasurer Daniel Antonelli, who will receive the Freda S. Nisnewitz Award, and Natasha Pasternak, David Polk and Danny Taveras, who will all receive the Nathan R. Sobel Award.

The Annual Meeting has been held virtually for the past two years due to COVID, however, this year the association decided to have it in a hybrid format where people can attend the event in person or watch on Zoom.

Seddio, the former chairman of the Kings County Democratic Party, was by no means a president in name only. Instead, he maintained his law office and work with the Democratic Party while also fulfilling his duties as president.

Seddio took special attention to Aimee Richter, who was president following him, and often had her join him to run events so he could best prepare her for her own term. He has also not given up his passion for the BBA since stepping down, and is a regular at committee meetings, events, and continuing legal education lectures.

“His character and enthusiasm has gone a long way in setting the tone for the association as a whole,” said President-Elect Richard Klass. “People see Frank Seddio logging into Zoom meetings and they think, ‘If Frank is coming, I can’t miss the meeting.”

Prior to the annual meeting, the BBA will announce its election results. It can feel like a formality after the Nominating Committee has already vetted candidates and selected amongst the best in the legal community. However, it will be a special night for Angelicque Moreno, who will be added to the board as the incoming treasurer.

Richard Klass To Be Installed on June 13 at Borough Hall

The Brooklyn Bar Association will install its next president, Richard Klass, during a ceremony in the courtroom at Borough Hall on Monday, June 13.

Klass is a graduate of Hofstra University and New York Law School. He briefly worked in criminal defense after an internship with the Brooklyn DA’s Office, and then he worked for now-Appellate Division justice Betsy Barros.

Klass quickly went out on his own, though, and has quickly become known for his private practice and a quintessential Court Street lawyer.

Klass’ private practice started in a suite shared with his uncle and two other lawyers. They often gave him overflow work that would get him started on his own, but he eventually taught himself how to do depositions, motion practice and how to prepare for court appearance.

Klass became involved with the BBA through attorney Steve Cohn, who encouraged him to join, and he made a name for himself while working with the Mentorship Committee. Klass received the Distinguished Service Award for his work with that committee, which he has since revived as president-elect.

The Class of 2025 trustees will also be installed. They include returning trustees Martin Edelman, Gregory LaSpina, Margarita Racanelli and Scott Rynecki. The new trustees joining the BBA will include Dean Delianites, Michael Farkas, and Natoya McGhie.

The day after Klass’ installation, the Brooklyn Women’s Bar Association will host its own installation ceremony for incoming President Susan Mauro.

The ceremony is going to take place at the Brooklyn Bar Association building on Remsen Street.

Mauro is a partner at Ahmuty Demers & McManus where she is one of the firm’s senior litigators who works in the trial court and appellate levels. A St. John’s University and New York Law School graduate, Mauro started out working for Zawacki, Everett, Gray & McLaughlin until 2006 when she went to Abrams Fensterman, where she worked for over 13 years.

While Mauro has become known as a litigator, she got her start as a paralegal specialist in the United States Attorney’s Office for the Eastern District of New York prior to law school. There she assisted in prosecuting major drug cartel cases in the criminal division’s narcotic’s unit. 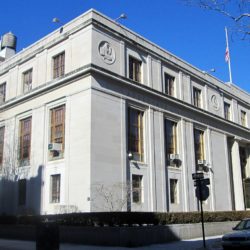