CAR-FREE WILLOUGHBY WALKS:  Today, October 6, Willoughby and Pearl streets in Downtown Brooklyn become a car-free pop-up park and oasis, complete with beach chairs. The Downtown Brooklyn Partnership and the Dept. of Transportation have teamed up to stage Willoughby Walks, an event that promotes city streets as car-free public spaces. Running from noon to 6 p.m., Willoughby Walks features student performances (3:15-5:15 p.m.) from the Clive Davis Institute of Recorded Music-NYU’s Tisch School of the Arts—founded by chief patron and music impresario Clive Davis himself.

The entire afternoon will have live music, giant games, fun-filled activities, and a pop-up park where the public can lounge on beach chairs all day long. A highlight, from 3:15 to 5:15 will be a set of student performances.

VACCINES HELPED NY’S SENIORS: COVID-19 vaccinations may have helped prevent roughly 16,000 new COVID-19 infections and 2,700 deaths among seniors in New York during the first five months of 2021. So says a new report from the U.S. Department of Health and Human Services.

The study, that researchers with HHS’s Office of the Assistant Secretary for Planning and Evaluation conducted, found also that nationally, vaccinations were linked to a reduction of approximately 265,000 COVID-19 infections, 107,000 hospitalizations, and 39,000 deaths among Medicare beneficiaries between January and May 2021,

CLIMATE-CHANGE BILL INTRODUCED IN CONGRESS: Legislation to ensure the federal government has a comprehensive plan to tackle climate change was introduced in Congress on Tuesday. Rep. Carolyn B. Maloney, chair of the Houses Oversight and Reform Committee, introduced H.R 5477, the Federal Agency Climate PREP Act, which builds on the Biden Administration’s historic Executive Order 14008, “Tackling the Climate Crisis at Home and Abroad,” to ensure each federal agency creates and maintains a climate action plan informed by the communities and populations who are impacted by climate change and extreme weather.

The Federal Agency Climate PREP Act also creates an interagency council to work alongside state and local governments, academic and research institutions, and the private and nonprofit sectors, and identify how and where the federal government should deploy its resources.

MONTAGUE PHOTO CONTEST: The Montague Street Business Improvement District is holding a contest for the most beautiful photos of this four-block key shopping mecca, but act quickly, as the deadline is tomorrow at noon. Readers should follow @montaguebid on Instagram, tag the BID in their favorite photo shot on Montague St., and use the hatchtag #montaguephotocontest in the caption.

Contestants’ photos will be shared on the BID’s Instagram and four winners will receive one of several prizes from Montague Street merchants, including gift cards from James Weir Florist and European Wax.

NYC IN PILOT FLOOD INSURANCE PROGRAM:  A new pilot project will establish New York City as one of the first local governments in the U.S. to partner with insurance companies to create low-cost casualty insurance options. Thanks to a challenge grant from a partnership with the US Dept. of Homeland Security and the National Science Foundation, which awarded a Stage 2 Civic Innovation Challenge Grant to the Center for New York City Neighborhoods and the New York City Mayor’s Office of Climate Resiliency, and The Wharton Risk Management and Decision Processes Center (Risk Center) at the University of Pennsylvania, the plan would target people at high risk for flooding but who have few options to pay to protect themselves.

The participating agencies and Wharton entities would work with a broker to purchase flood insurance for these households in need.

CEREMONY MEMORIALIZES FALLEN FIREFIGHTERS: Governor Kathy Hochul on Tuesday acknowledged and honored the 24 firefighters who have been added to the New York State Fallen Firefighters Memorial. The event, held at the Empire State Plaza to honor the memory and heroism of the brave New Yorkers who lost their lives while performing their duties in fire service, saluted 45 individuals, nine of whom were from or served in Kings County, including 21 firefighters whose names were engraved on the wall in 2020, when the pandemic pre-empted last year’s ceremony.

FOOD DRIVES TO THANK LOCAL NYPD PRECINCT: Students at St. Ephrem Catholic Academy in Dyker Heights have organized a Krispy Kreme donut sale with all proceeds going to provide Thanksgiving dinner for the men and women of the 62nd Precinct. Fifth-grader Sofia Cascio and 4th grader Victoria DiSpirito will be delivering the donut orders on October 13, with some participants placing orders to be delivered to the local police station and local firehouses.

The girls had started Heroes for Heroes last summer when the country was in a really bad place, raising enough funds through the sale of bracelets to send lunches to the precinct. The young entrepreneurs then organized a Christmas toy drive and later a Valentine’s drive for the residents of the Norwegian Home.

VACCINE MANDATE EXPANDS: Governor Kathy Hochul is expanding the health care worker vaccine mandate to include employees who work in certain facilities that offer care to individuals served by the Office of Mental Health and the Office for People With Developmental Disabilities. Under the new directive, staff who work in these settings that treat some of the most vulnerable New Yorkers will be required to show proof of at least the first shot of a COVID-19 vaccine series by November 1, without a test-out option. This new requirement, established within OMH and OPWDD agency regulations, will apply to all individuals working at the psychiatric hospitals.

Moreover, Governor Hochul plans to continue expanding the vaccine requirement into the human service and mental hygiene care settings in the coming weeks.

ROADWAY CLOSURE IN SOUTHERN BROOKLYN: There will be a full roadway closure of Shore Parkway between 24th Avenue and the Dead End, to complete new building operations at 2286 Cropsey Avenue, a high-rise residential development in the southernmost part of Brooklyn, Community Board 11 reports. The closure, weekdays from 7 a.m. to 6 p.m., will start on October 13, and last through December 31. 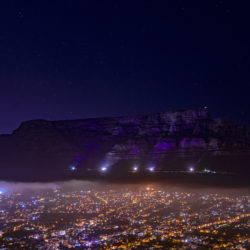