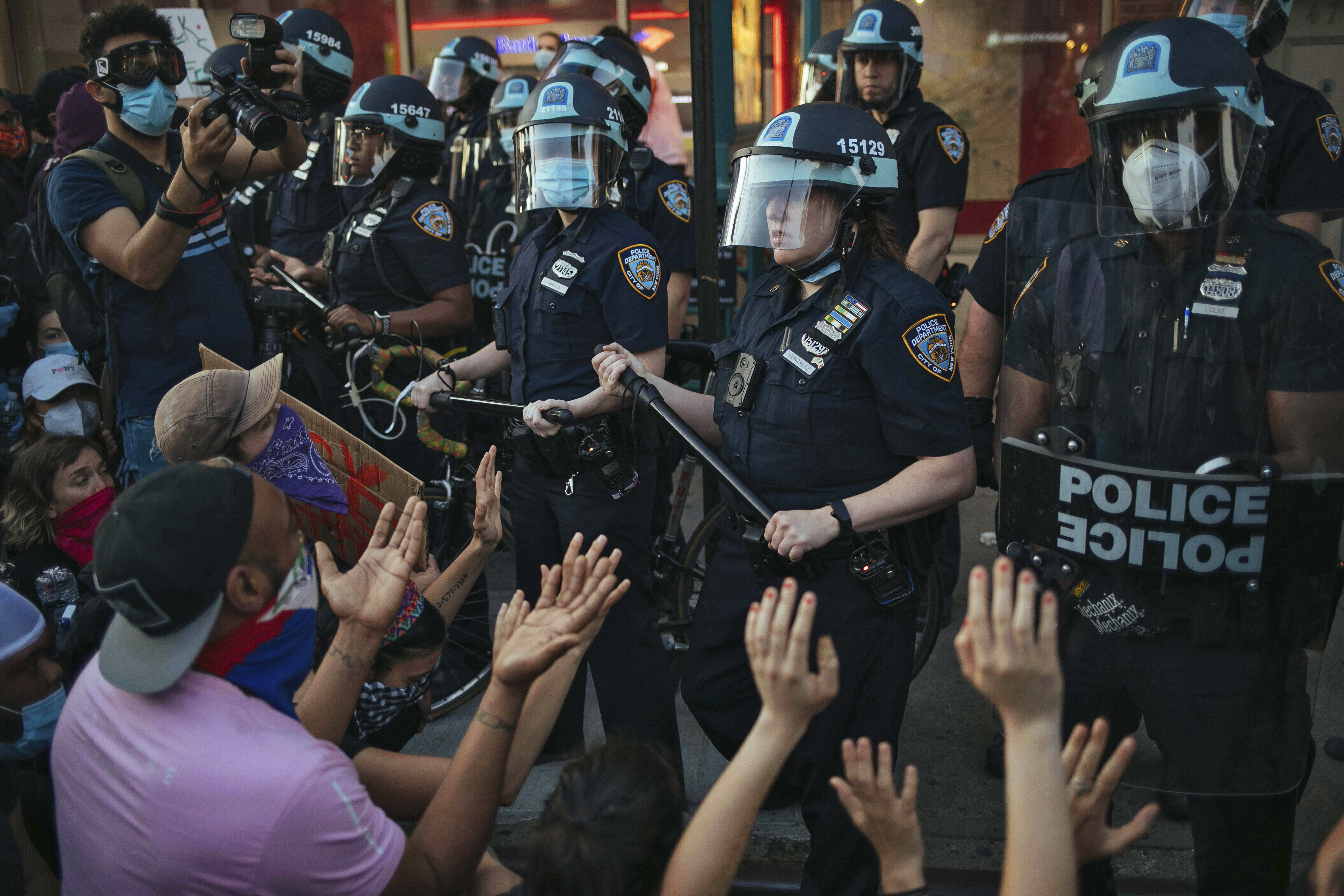 FILE - This May 31, 2020 file photo shows New York City Police facing off with activists during a protest march in the Bedford-Stuyvesant section of the Brooklyn borough of New York. New York’s attorney general sued the New York Police Department on Thursday, Jan. 14, 2021 alleging the rough treatment of protesters last spring in the wake of George Floyd’s killing was part of a longstanding pattern of abuse that stemmed from inadequate training, supervision and discipline. AP Photo/Kevin Hagen, File
Share this:

Shea said some of Monday’s protesters threw bottles, destroyed property and called for the death of officers as they marched from Brooklyn to lower Manhattan.

“People need to finally come down to the truth here and say whatever this is it certainly does not resemble a peaceful protest,” he said on TV station New York 1.

The gathering started in Brooklyn as a celebration of King’s legacy. Some people from that group then marched across the Brooklyn Bridge and later clashed with police in lower Manhattan.

Videos posted from the scene of the protest show dozens of helmeted officers trying to clear an area near City Hall.

Jordan Plaza, 20, told The New York Times that a relatively small number of protesters had spilled off the sidewalk and into the street when the police announced that they were obstructing the road and would be arrested.

“They weren’t approaching the police in a violent manner,” said Plaza, who said she happened upon the protest and joined on a whim. “Police randomly surged.”

“Once again, we are seeing and hearing accounts of NYPD officers infringing on the rights of New Yorkers,” she said in a statement Tuesday.

Shea referred to James’ lawsuit as he defended the policing of Monday’s protest.

“This isn’t actions that are caused by police officers, so that’s a news flash for the AG,” the commissioner said. “This is actions caused by people that want to destroy our way of life and our city. And we’re not going to let it happen.”

Asked whether police had acted appropriately at Monday’s protest, Mayor Bill de Blasio said the protest “was in close proximity to City Hall and that was obviously a concern after what happened at the Capitol just 12 days ago.”

The Democratic mayor said “a host of changes are happening right now at the NYPD,” referring to new police disciplinary guidelines his administration released Friday.