Families frustrated (again) with online portal for applying to schools 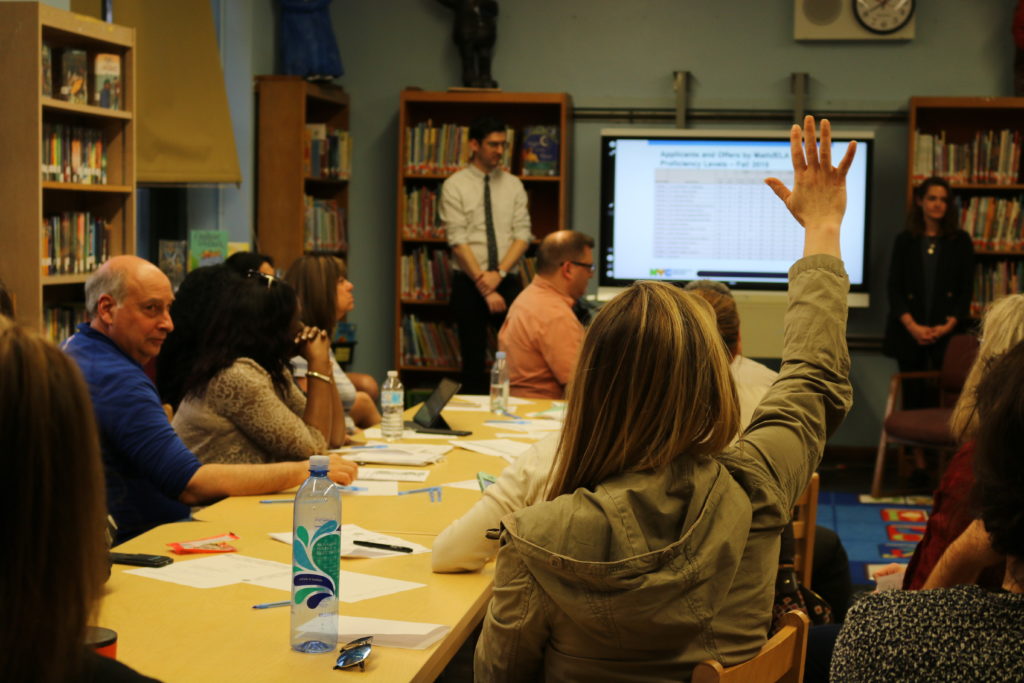 “Families frustrated (again) with online portal for applying to schools” was originally published by Chalkbeat, a nonprofit news organization covering public education. Sign up for their newsletters here.

As middle and high school application season kicks into high gear, parents say the city’s online application portal remains confusing and error-prone — only adding to the stress of what’s already a challenging process for many.

Officials from the Education Department, however, claim the system has gotten good reviews.

A year after a glitch-filled rollout of the MySchools portal, parents said they’ve found missing or inaccurate information in their children’s official student profiles, which include test scores and attendance data. Those registering for the Specialized High Schools Admissions Test — or SHSAT — complained it’s unclear in the system whether they actually registered their child for the high-stakes exam, which is administered Oct. 26 and 27 for most students.

“For parents who are already on the edge of their seats, this is another fail,” said Elissa Stein, the founder of High School 411, a service to help parents navigate the application process. “People are panicking.”

Stein estimated roughly two dozen families reached out with concerns about the system.

Education Department officials, on the other hand, “have not received any significant amount of concerns about application profile information,” said spokesperson Katie O’Hanlon.

“Families now have a one-stop shop to learn about school options and apply from any computer or mobile device,” O’Hanlon said. “We’ve heard positive feedback from families about applying online.”

In New York City, students must apply to middle and high schools. Applications this year are due by Dec. 2. (Parents must also apply to pre-K and kindergarten through MySchools, but those applications don’t open until February 2020 and early December, respectively.) When MySchools debuted last year, moving the notoriously complicated middle and high school application process mostly online, a spokesperson at the time promised the portal would make it “easier and simpler.”

When the system rolled out, families and educators complained the department provided little information about how to find information in the portal, that it ran slowly, and that student information was missing or inaccurate.

“In this movement to democratize the process, it’s actually become much harder to find information,” she said. “It’s complicated and clunky.”

This year, parents have also complained that the process for signing up for the SHSAT was confusing. The specialized high schools are some of the most coveted in the city, and the only way to be admitted is by earning a top-score on the exam. (The lone performing arts specialized high school, LaGuardia, admits students based on auditions.)

Registration information for the test, which had appeared in families’ personal profiles on the portal, disappeared after the registration deadline passed on Oct. 10, causing concern among parents who were confused as to whether they applied correctly. Under a tab that showed a personalized calendar, the portal showed a message that said “no assessments scheduled.”

According to O’Hanlon, that tab intended to show whether families had signed up for tests or auditions other than the specialized high schools, but she added, “We understand the concern, and we’ll remove this box during our next site update [this] week.”

Many integration advocates say the city’s labor-intensive process for applying to schools drives New York City’s status as one of the most segregated education systems in the country, in part by disadvantaging poor families who might not have time to navigate the system or money to pay for consultants’ advice.

The complications with MySchools only add to disparities by rewarding parents who know to check for errors and advocate to get them fixed, said Mahalia Watson, founder of the website Let’s Talk Schools, an online guide for parents navigating their options.

“What I’m worrying about is for parents who are not as diligent,” she said. “They don’t necessarily have the time or the access.”

When it comes to using the online portal, Watson added, “You just kind of have to wait and see, and pray that they get it right.”