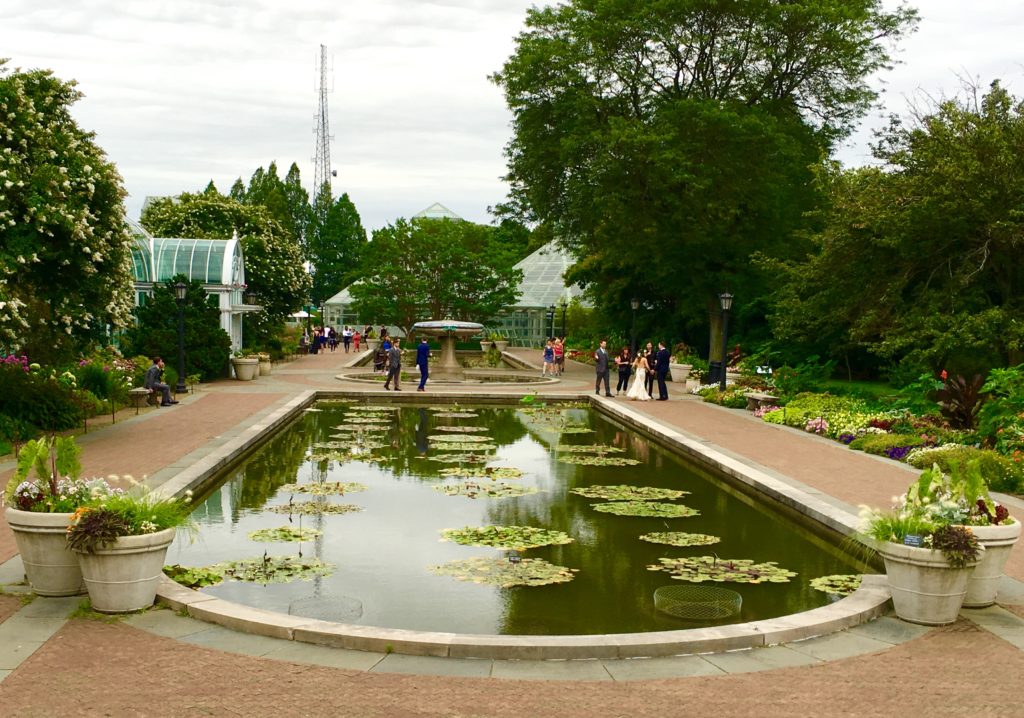 Activist Alicia Boyd is challenging rezoning that allows the construction of towers she says would cast harmful shadows on the Brooklyn Botanic Garden. Eagle file photo by Lore Croghan

Activist Alicia Boyd was in court on Monday, fighting to sustain her legal challenge to the Franklin Avenue Rezoning after settlement talks collapsed.

The new zoning allows for the construction of two high-rises in Crown Heights she believes would cast harmful shadows on plants in the Brooklyn Botanic Garden.

Lawyers for developer Cornell Realty Management and the City of New York argued before Brooklyn Supreme Court Justice Reginald Boddie that Boyd’s suit should be tossed out because it doesn’t name CP VI Crown Heights LLC, which now owns a property that was rezoned.

A four-month statute of limitations for adding respondents to the lawsuit has run out — so it’s too late for Boyd, who is acting pro se as her own lawyer, to add CP VI to the parties being sued.

Attorney Melanie Wiener of Abrams Fensterman, who represents Cornell, argued it’s wrong to include her client in the litigation because Cornell sold 40 Crown St. to CP VI in 2018 while the rezoning process was underway, and is therefore not involved in the property’s development.

Boyd countered that Cornell did the rezoning application work — and that work is the focus of her legal case.

Her lawsuit contends that a full-scale environmental impact study should have been done before the Department of City Planning and the City Council approved the upzoning of 40 Crown St. and 931 Carroll St. last year.

In the early 1990s, zoning capped the height of new construction in the area at six to seven stories in order to protect the 52-acre Brooklyn Botanic Garden. The rezoning now allows for the construction of 175-foot, 16-story towers on the sites in question.

Boyd’s case returned to court on Monday because settlement talks that Boddie led last month between the two sides — Boyd and her co-petitioners LaShaun Ellis and Michael Hollingsworth on one, and lawyers for the city and Cornell on the other — proved to be fruitless.

During Monday’s hearing, Boddie asked Wiener why Cornell’s previous lawyer said at an initial hearing Brooklyn Supreme Court Justice Johnny Lee Baynes conducted in April that Cornell was indeed a property owner in the rezoning area. As “an officer of the court,” that lawyer had an obligation to be truthful, Boddie said.

“She was mistaken,” Wiener responded.

In addition to Cornell, the respondents in the suit include City Council member Laurie Cumbo, the Department of City Planning and its Director Marisa Lago and Brooklyn Director Winston Von Engel and the city Buildings Department.

Boddie did not rule on the dismissal motions from the bench on Monday. He will issue his decision at a future date.

After the hearing, Boyd spoke on the courthouse steps. “You can see really clearly how the city is fighting the community,” she said. “Cornell Realty must be held accountable.”

Her supporters sang the opening verses of the Civil Rights anthem, “We shall not, we shall not be moved.”

Boyd told the Brooklyn Eagle that if Boddie dismisses her case, she plans to appeal the decision.

The Franklin Avenue Rezoning sites are separate and distinct from a nearby property, the Spice Factory site, whose developers are seeking rezoning for high-rise construction.