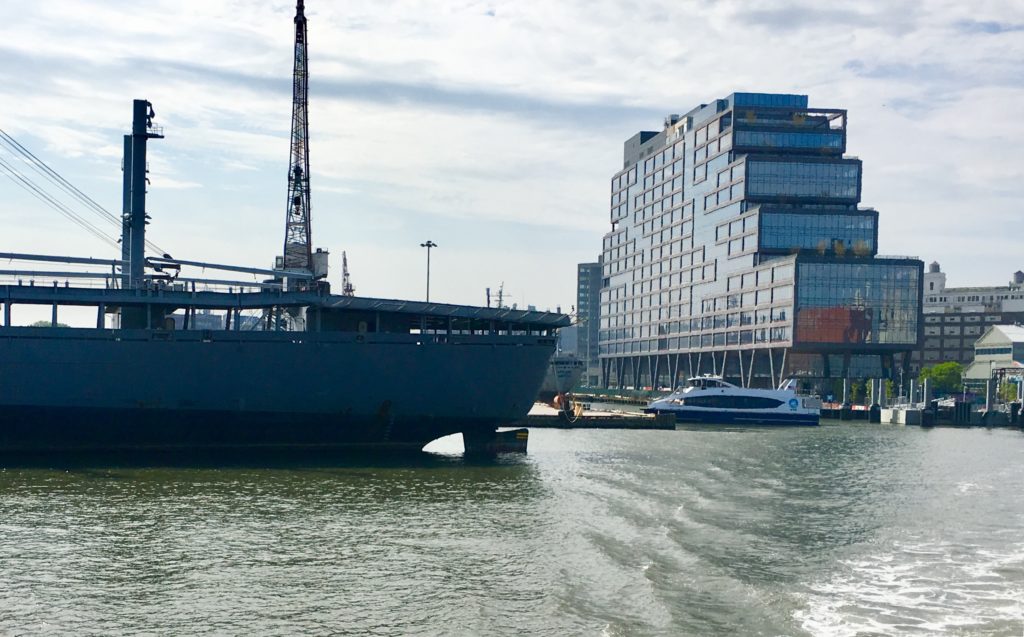 A ferry floats outside Dock 72, a new office building at the Brooklyn Navy Yard. Eagle photo by Lore Croghan
Share this:

The Brooklyn Navy Yard announced on Monday that its new 13,000-square-foot food hall, located inside Dock 72, will be opening by the end of the year with input from famed restaurateur Danny Meyer.

The food court will include a bar, coffee bar and juice bar, along with local specialty food vendors. A spokesperson for the Navy Yard said it is still undecided whether the space will be open to the public or exclusively for Navy Yard tenants.

“The Brooklyn Navy Yard is furthering the transformation of the waterfront with new jobs, innovative architecture, and community placemaking, and we’re excited to be a small part of it,” said Meyer, founder and CEO of Union Square Hospitality Group, which operates Tacocina in Domino Park.

“We’ve always loved participating in the evolution of New York’s emerging neighborhoods, and we’re looking forward to working together with our partners at Dock 72 to bring some good food and hospitality to where New York is growing.”

Dock 72, a new 16-story, 675,000-square-foot commercial building, is set to open its doors in October. The $380-million structure will house a new WeWork facility and will feature a rooftop conference center, a lawn, basketball court and a health and wellness center. It will be one of the largest New York City commercial buildings to be built outside of Manhattan in decades.