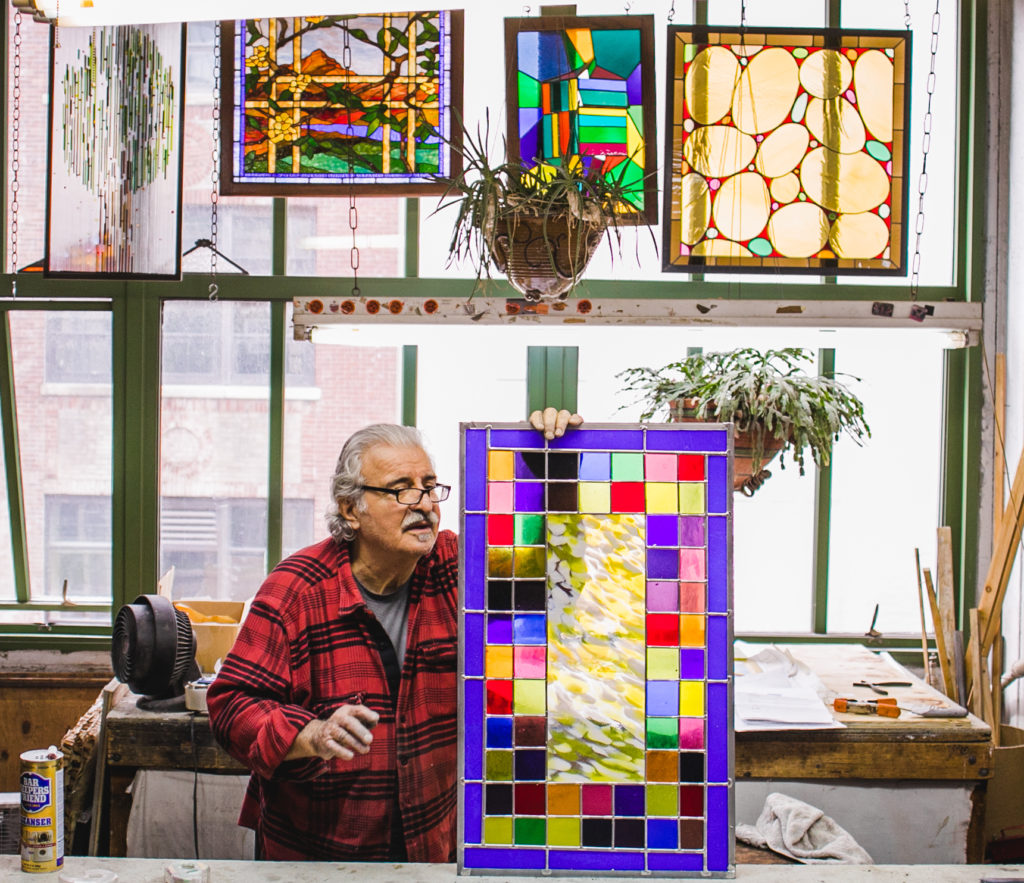 Glass Art of Brooklyn is one of the stops on the tour. Photo courtesy of Industry City
Share this:

Showing Brooklynites and tourists alike a new side of Industry City, Made in Brooklyn Tours added the Sunset Park complex to its roster of destinations this summer.

The new tour, dubbed the “Made in Industry City Tour,” kicked off on June 20 with a curated selection of Brooklyn makers based at the century-old manufacturing complex.

Dom Gervasi, founder of the tour company and a one-time Sunset Park resident, said that Industry City had approached him about doing the tour.

“They reached out to me and asked if I was interested in going out there and designing a tour around the makers of Industry City,” he said. “For so many years, it was empty. I’m sure there were things going on but it wasn’t something a lot of people knew about.”

The goal for Gervasi — who launched his business in 2011 — was designing a tour that showcases both Industry City’s rich history and its variety of businesses. “Every neighborhood has a story and IC has its own interesting one, and I have to develop that. I try to capture the story and nature of Industry City,” he said.

To do that, he explained, “It’s not my way just to find a company and business that makes something really cool and automatically include them on the tour. I want to go out and meet the people behind the business, get the backstory, see how welcoming they are.”

Attendees can expect a different experience on this Made in Brooklyn tour from previous ones.

“The way the tour is run is very different than the other ones I do [in Red Hook, Dumbo and Williamsburg],” Gervasi said. “They are primarily outside and we are walking around two miles throughout the entire neighborhood.” For Industry City, he went on, “It’s different because we’ll primarily be inside the six buildings that are between Second and Third Avenue visiting the different businesses.”

The tour covers several popular areas including Innovation Alley, Li-Lac Chocolate and Japan Village, and also reveals the inner workings of the complex.

“My challenge was to try to contrast the different types of businesses,” he said. “I wanted to contrast old school and new school, and traditional artisan versus what’s new today. That was a story I was trying to tell with Industry City.”

“The maker community here is an integral part of Industry City, as well as the great landscape of light manufacturing in cities around the country,” said Lauren Danziger, the complex’s chief marketing officer. “The ability to bring people inside maker spaces opens the doors of creativity and accessibility, dispelling the idea that it’s not possible to thrive as a creative business in New York City. These tours are providing a platform for this type of accessibility.”

The Made in Industry City tour takes place every Thursday at 10 a.m. Tickets are $40. For more information and to purchase tickets, visit www.madeinbrooklyntours.com.