Your guide to celebrating Fourth of July in Brooklyn 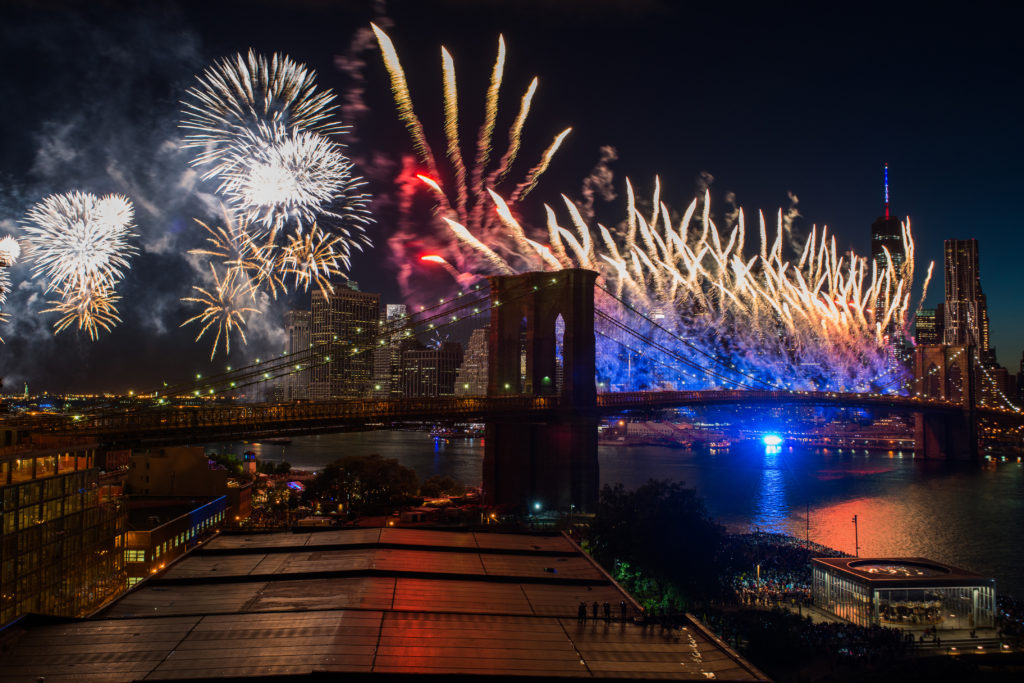 Happy Fourth of July, Brooklyn! For those of you who are choosing to stay in the borough for the holiday weekend, we’ve compiled a list of everything you need to know to celebrate America’s birthday. From where to watch the fireworks to what you need to know to get around smoothly and safely, we’ve got you covered.

Don’t forget: There’s no trash pickup on Thursday, alternate side parking is suspended and subways are operating on a Sunday schedule. Plus, no mail.

~ WHERE TO WATCH THE FIREWORKS: From Brooklyn Bridge Park and the Brooklyn Heights Promenade to Coney Island, here are the top eight places to watch Independence Day fireworks.

~ WHAT YOU NEED TO KNOW ABOUT HOW TO GET AROUND: Thousands of police officers, emergency vehicles, explosive-sniffing dogs and security checkpoints will take over Brooklyn Heights, DUMBO and Fulton Ferry for the Macy’s fireworks show. Here’s what to expect.

~ WHERE TO BARBECUE IN BROOKLYN ON THE 4TH OF JULY: Barbecuing goes hand-in-hand with Independence Day, so be sure to cook up some burgers and dogs. Here’s our recommendations for the best public barbecuing areas this weekend.

~ THE TOP 8 FOURTH OF JULY BEACH READS: Whether you’re hitting the sands of Coney Island Beach this Fourth of July, jetting off to distant shores or simply sitting out on your fire escape, you’ll need a bookbag full of beach reads. Here are top eight picks from some of our favorite authors.

~ WHAT IT TAKES TO PLAN THE MACY’S FOURTH OF JULY FIREWORKS: There are few people in the world who know the inner workings of the Fourth of July Macy’s fireworks better than Gary Souza. The pyrotechnician has been meticulously planning and executing the show for the last 37 years. On this week’s podcast, he tells us all that goes into planning the celebration.

~ ASK A HISTORIAN: WHAT’S THE STORY OF FIREWORKS IN BROOKLYN?: Joan from DUMBO asks: “I just love the Fourth of July fireworks. When did they begin?” John B. Manbeck, former Brooklyn borough historian, answers.

~ BARBECUES AND BEERS: 10 THINGS TO DO IN BROOKLYN THIS WEEKEND: Many Brooklynites will be escaping the city for distant shores, but for those staying around, there’s no shortage of ways to pass the time — patriotically. From barbecues and brewery tours to dance parties in the park, we’ve selected the top 10 events happening. Collect and converse: 10 things to do in Brooklyn this weekend