This Brooklyn farmhouse is the oldest building in New York

A tour of some of the borough's Dutch farmhouses. 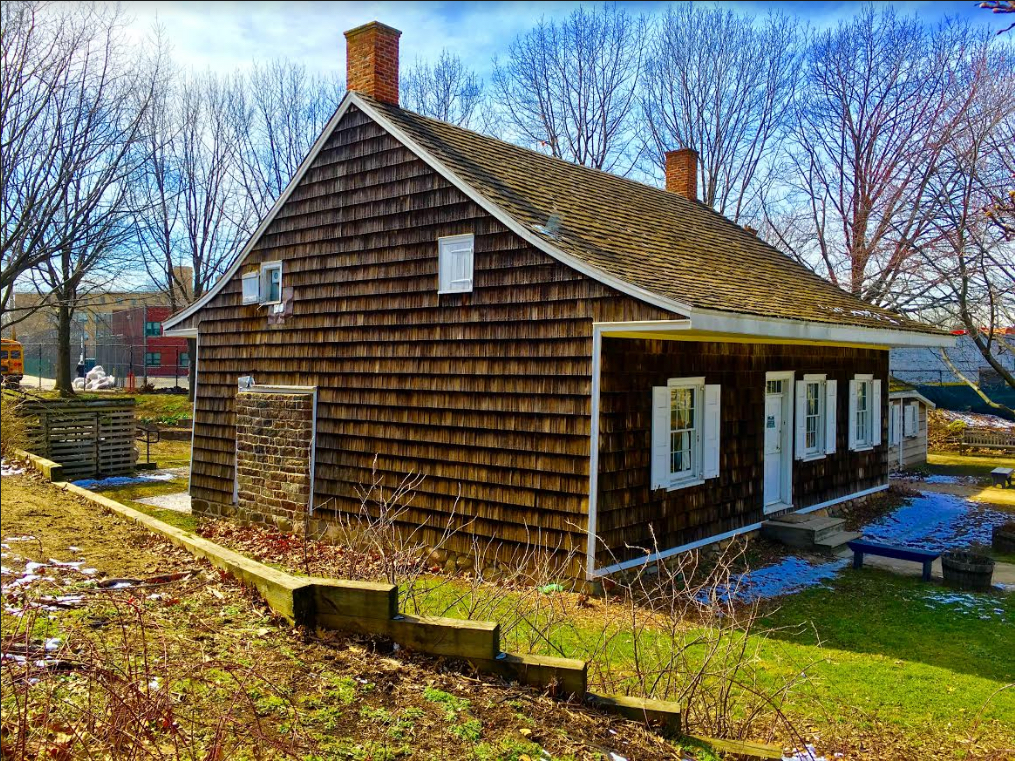 The first time you see a Dutch farmhouse in a Brooklyn neighborhood, you might think you’re hallucinating.

What are these magical houses doing in this ever-changing, development-obsessed borough? They look like illustrations in a history book, with a modern modification here and there.

One of Brooklyn’s Dutch farmhouses was built in the 1600s and is the oldest building in New York State. Others were constructed in the 18th century.

Their continued existence is a miracle.

Some of them belong to private owners. Others belong to the city of New York and are open to the public, or will be when ongoing renovations are completed.

These are my favorites, starting with the oldest.

This is the oldest building in New York State.

Part of Pieter Claesen Wyckoff House was constructed before 1641, according to its city Landmarks Designation report.

It’s at 5816 Clarendon Road in East Flatbush. Various developers owned the property in the early decades of the 20th century. Fortunately, none of them tore it down.

Descendants of the Wyckoff family, who sold it in 1901, bought it again in 1961 and gave it to the city.

The brown shingle-and-clapboard house is a museum that’s open a couple days a week and has a full schedule of events and activities.

Part of Hendrick I. Lott House was constructed by 1720. It was incorporated into a larger house built in 1800.

The house at 1940 East 36th St. in Marine Park is landmarked. The city owns the house, having purchased it from the Lott family in 2002 for $725,000, city Finance Department records indicate.

The striking white farmhouse has been undergoing a multi-year restoration. It will be open to the public in the future when the renovation work is done.

Friends of the Lott House is a nonprofit devoted to preserving, restoring and operating the property.

Stoothoff-Baxter-Kouwenhoven House is a lovable Dutch farmhouse. Part of it was built around 1747.

In that interview, Friedlander said the first year he lived in the house, he’d wake up early and smell sizzling bacon — as though breakfast were being cooked for farm workers from centuries past.

Hessian officers lived at Wyckoff-Bennett Homestead during the Revolutionary War. And soldiers pitched their tents outside.

The late Stuart Mont shared the remarkable history of his landmarked farmhouse when I interviewed him in 2014. At that time, he said being responsible for a house that had seen so much history was “like owning the Brooklyn Bridge.”

The white farmhouse, which was constructed around 1766, is located at 1669 East 22nd St. in the neighborhood called Madison. It belongs to the Stuart Mont Revocable Trust with Randi Mont and Ira Mont as trustees, Finance Department records show.

Stuart Mont and his late wife Annette had bought it for $160,000 in 1983 from the estate of Gertrude Ryder Bennett Williams.

For the first 130-plus years of its existence, Lefferts Historic House was located six blocks away from Prospect Park.

Then in 1917, John Lefferts’ estate gave the home to the city on the condition that it be moved to a city property.

That’s how a Dutch farmhouse built between 1777 and 1783 wound up in the Children’s Corner of the park, serving as a museum.

This house replaced a farmhouse the Lefferts had owned, which Colonial troops burned down before the Battle of Brooklyn in 1776. The soldiers wanted to keep it out of British hands.

Joost Van Nuyse is probably the person who had this house built in 1793 and 1794.

This Dutch Colonial farmhouse is at 1128 East 34th St. in Flatlands. It is landmarked and charming.

According to Finance Department records, it now belongs to David Katzman and Antoinette Byam.