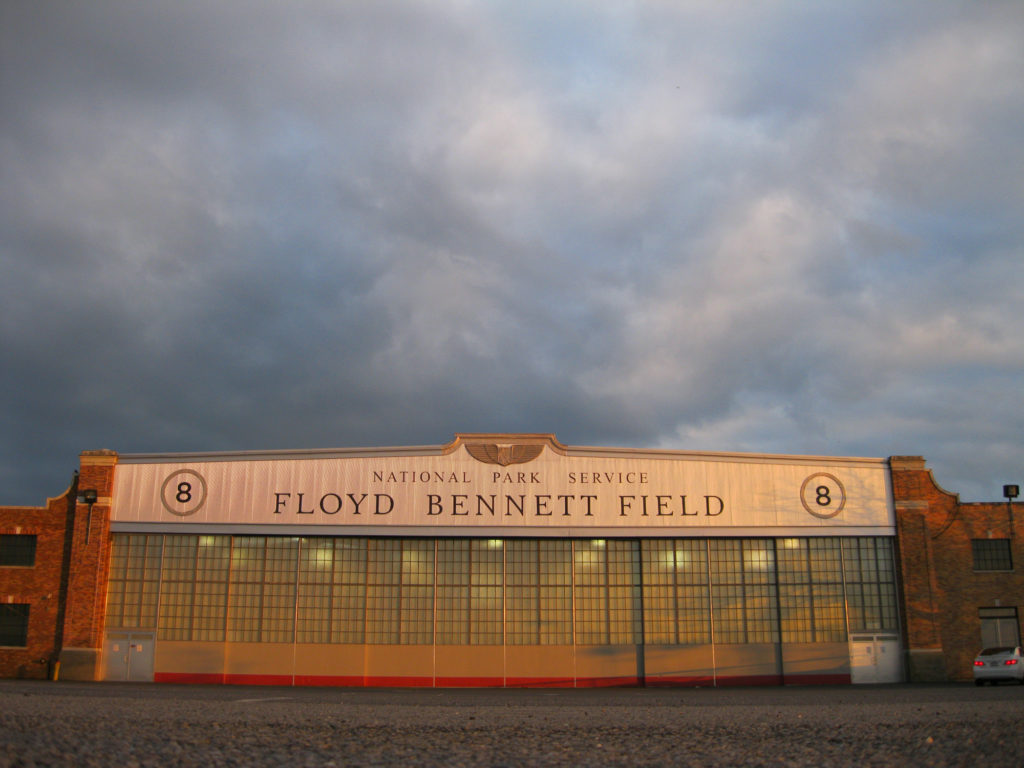 A contractor working for the National Park Service punctured a sewer main at Floyd Bennett Field last month, causing roughly 700 gallons of raw sewage to leak into the soil, according to NPS and the state’s Department of Environmental Conservation.

“He didn’t realize that the pipe was there,” Daphne Yun, public affairs specialist for NPS told the Brooklyn Eagle.

The spill occurred on May 9 at Enterprise Avenue and Floyd Bennett Field Drive in the northeast corner of the public park. The contractor was installing an underground electric cable.

Floyd Bennett Field is roughly 1,300 acres and is part of the Jamaica Bay Unit of Gateway National Recreation Area.

Yun said that the worker assumed full responsibility and the area was cleaned up, noting that it did not enter Jamaica Bay, a storm sewer, or a section of the park where ground water is converted into drinking water.

“Any spill is serious, but the fact that it wasn’t in the water is really what we look at, and it doesn’t seem like there was impact,” she said.

Mike Dulong, senior attorney at water nonprofit Riverkeeper, said that while it is fairly common during construction to mistakenly rupture sewage mains, the public certainly should have been made aware of the spill, and signs should have been put up.

“The public certainly should have been warned and should have been kept away from it,” he added. “It’s dangerous for the public to be near raw sewage. Even the odors can cause nausea, and hopefully if there are any accidents in the park going forward they take those steps.”

It’s unclear who conducted the cleanup, and NPS could not provide detailed remediation efforts other than that “the necessary cleanup of the spill” was performed.

Yun said it luckily did not occur near the park’s campsite, visitor center or fishing area, and that the closest structure is an abandoned military building. She was unaware if any signage was put up to alert park-goers of the accident.

The U.S. Park Police, U.S. Navy and Marine Corps Reserve and Park Nursery are the closest active buildings. (The 3.25-acre nursery grows sea grass, which has been used for projects along the shoreline of Brooklyn and Queens.)

Floyd Bennett Field was New York City’s first municipal airport, the first in the country built with concrete runways and a former naval air station. NPS inherited the land in 1972.

The complex hosted flights by many famed aviators, including Amelia Earhart, Wiley Post and Howard Hughes.