An inside look at how Brooklyn recycles 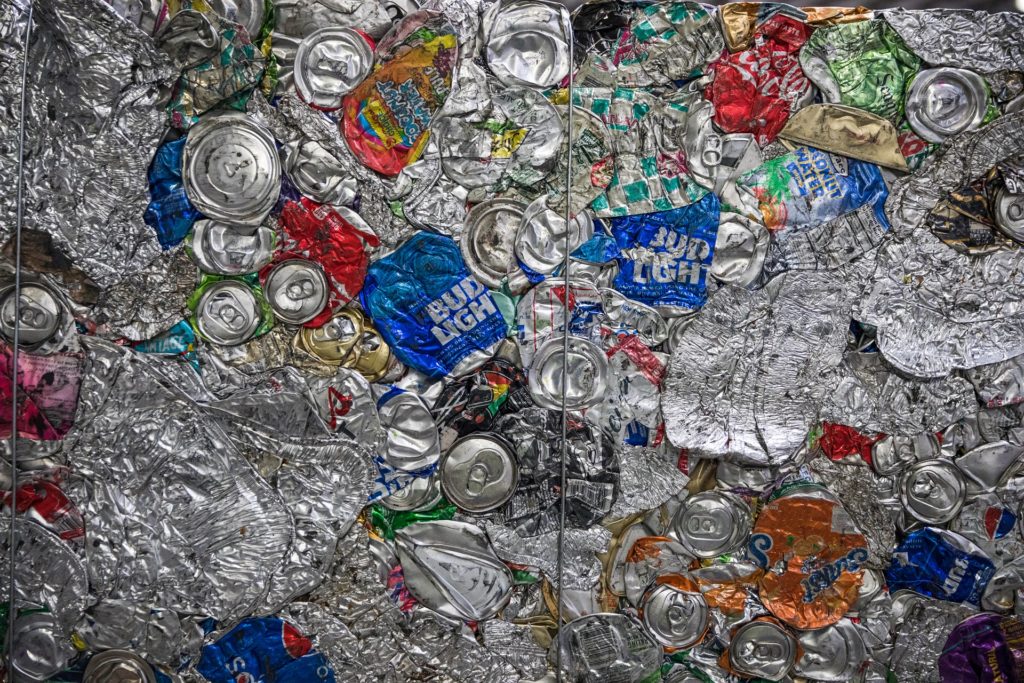 Plastic water bottles are one of the most common pieces of litter in and around the Hudson River. Eagle photo by Paul Frangipane
Share this:

In New York City, where garbage cans overflow with water bottles and coffee cups, and plastic bags that once carried takeout get stuck in tree branches, recycling practices have a long way to go. Residents recycle about 17 percent of their total waste, which is half of what the city could be recycling under its current program.

Even with the status quo, there’s a long way to go. This Earth Day, Gov. Andrew Cuomo signed legislation to ban most single-use plastic bags provided by supermarkets and other stores. On April 11, Mayor Bill de Blasio held a press conference outside the Sims Municipal Recycling facility in Sunset Park to announce an executive order to end city agencies’ purchases of single-use plastic items.

While the plastic bans roll in, we took a tour of that facility to break down how New York City sorts its residential recyclables.

The facility on the 30th Street Pier in Sunset Park opened in 2013 and sorts about 1,000 tons of plastics, metal and glass a day.

About 12 percent of what the sorting plant receives is non-recyclable waste that ends up in a landfill, so the system separates the colorful spectrum of recyclables from that waste and divides each material to be shipped off to re-processors who will make them into new products.

Sims does not sort New York’s paper in house, but it still receives about half of the city’s recycled paper, most of which is sent to a paper mill on Staten Island.

The sorting process is a dizzying display of 2.5 miles of conveyor belt decorated with heavy machinery including magnets and infrared cameras.

Brooklyn recyclables arrive to the facility’s Tipping Floor by city garbage trucks, while the other boroughs’ materials come by barge. The items are dumped into a trash mountain before they’re pushed onto conveyor belts and headed into the facility’s main sorting room.

The first stop is the Liberator, a machine that opens up bags to help better organize the materials.

The materials are then taken over disc screens, a series of metal rods with discs around them that spin and shake so all glass shatters and falls through 2.5-inch holes, while other materials bounce on to continue their journey.

Then, any ferrous metals are sucked from the conveyor belt to a rotating magnet that drops them onto a separate belt.

All other materials get sent to the Ballistic Separator, where anything flat will walk up a series of paddles and be fed onto its own route. Larger items will roll down the opposite end to another route.

The chemical makeup of each material can vary, so optical sorters use infrared light to identify the different types. When the light finds heavier items, like plastic milk jugs, an air jet shoots them out onto their own belt, while everything else continues along.

The last line of defense is a group of employees who watch what comes up on the belt and remove what doesn’t belong.

Before the materials are shipped to re-processors up and down the East Coast and to Canada, they’re shaped into 1,000-pound bales.

At their next facility, materials will be broken into flakes, cleaned and turned into pellets or blank-slate material, likely to be sold to a manufacturer who will use them in their products.

Luckily for New Yorkers, the city puts guides on each of their residential recycling bins — but there may still be some confusion about certain items. Kara Napolitano at Sims gave us a quick primer.

Cartons may seem like recyclable paper, but their coating actually fits them into the plastic category. Coffee cups are made out of paper, but their plastic liner currently makes them waste.

As for beverage bottles, you can keep the cap on. The tiny plastic pieces can fall through those 2.5-inch holes that are made for shattered glass and then won’t be recycled.

“Another thing people don’t always realize is recyclable is foil, so like foil trays or tinfoil, also Hershey’s Kisses wrappers, they are mostly metal so you can put them in the blue bin,” Napolitano said.

The ban may be on its way, but for now those plastic bags and any plastic films are not recyclable, so it’s best to throw them in the trash or don’t use them at all.

As Napolitano says, “If it’s plastic and you can smash it, you should trash it.”