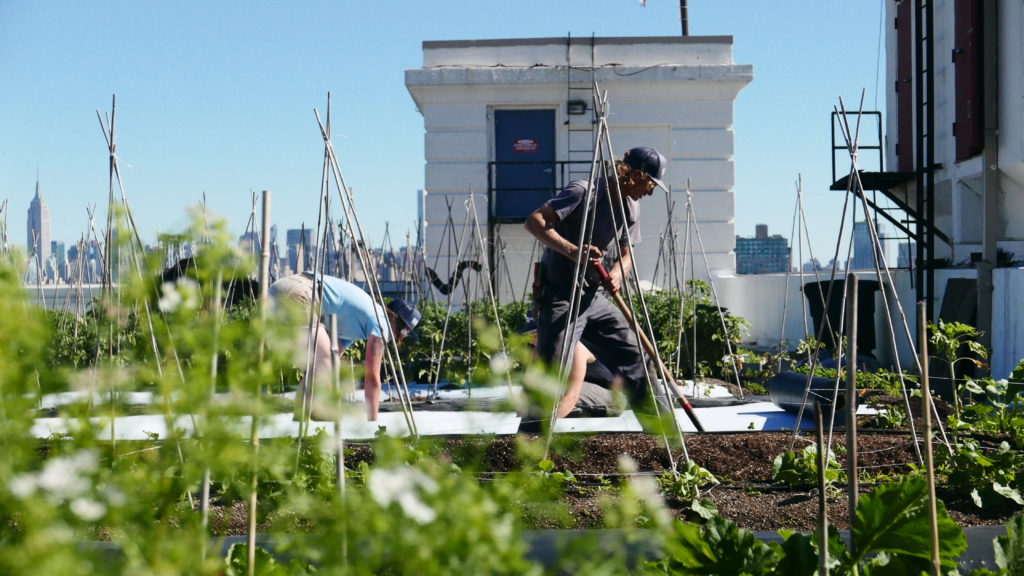 One hundred percent of new residential and commercial buildings may soon be required to install green or solar rooftops following the passage in the City Council of three bills on Thursday. If signed into law, it would make New York the largest city in the country to pass such a requirement.

All new buildings and any homeowner doing renovation on their existing rooftop will have to invest in the green infrastructure.

“Now more than ever, New Yorkers, and my colleagues, have become aware that climate change is an existential threat that we have to take on and really focus on moving forward,” Espinal told the Brooklyn Eagle. “The U.N. climate report stressed the fact that we are on a limited timeframe.

“We have to be more aggressive, especially when our federal government continues to roll back a lot of the progress that has been made. It takes large cities like New York to implement aggressive green policies to fight climate change.”

Under Espinal’s bill, all commercial and manufacturing buildings would be required to install a green roof.

Richards’ bill pertains to residential buildings with five stories or fewer with less than 100 square feet of rooftop space. Those buildings would be required to install either a green roof or a solar-electricity-generating system, depending on their dimensions. The bill would also require the Department of Housing Preservation and Development to study the potential impact of green roofs on the affordability of buildings.

Levin’s bill would increase the real property tax abatement for the installation of a green roof to $15 per square foot.

Green roofs cost $20 to $30 per square foot, but the city has incentive programs that will help pay for the cost.

Kings County has been at the forefront of installing green roofs. They have sprouted up at Barclays Center, music venue Brooklyn Steel and the Brooklyn Grange in the Brooklyn Navy Yard.

Anastasia Plakias, co-founder and COO of Brooklyn Grange, which uses its green roof for urban agriculture, told the Eagle that the green roofs provide a myriad of benefits.

They can increase the lifespan of roof membranes, which are expensive to fix, and are most frequently damaged by UV rays. They can also add square footage to the residence, which increases homes values.

“Green roofs can provide a really wonderful opportunity for urbanites to engage with nature,” Plakias told the Eagle. “We really believe that green infrastructure is critical to healthier more sustainable cities of the future.

“We’re thrilled to have progressive representation in the City Council who share this vision for the future. We believe that this is the first step in building the cities that we want to live in.”

Barclays Center’s green roof, for example, which is the largest of its kind to cover a sporting venue, reduces stormwater runoff by nearly 2 million gallons per year, according to a Brooklyn Sports and Entertainment spokesperson.

Green roofs also offer opportunities for job creation. The city already partners with nonprofits on green infrastructure job-training programs for at-risk youth and formerly incarcerated individuals, which will be expanded through the package of bills.

Chicago, San Francisco, Denver, Portland and Washington D.C., among others, have already instituted incentives relating to the installation of green roofs.

Mayor Bill de Blasio now has to sign off on the bill, which he is expected to do, having already voiced his support, according to Espinal. (Even if the mayor doesn’t sign off on the legislation, it automatically becomes law after 30 days.)

“It’s important for New Yorkers to know that green roofs are going to play a major role in making our city a more livable city from lowering the temperatures of our communities to improving air quality across the city,” Espinal said.

“We will see benefits across the board, not only for the climate, but also for our own wellness.”