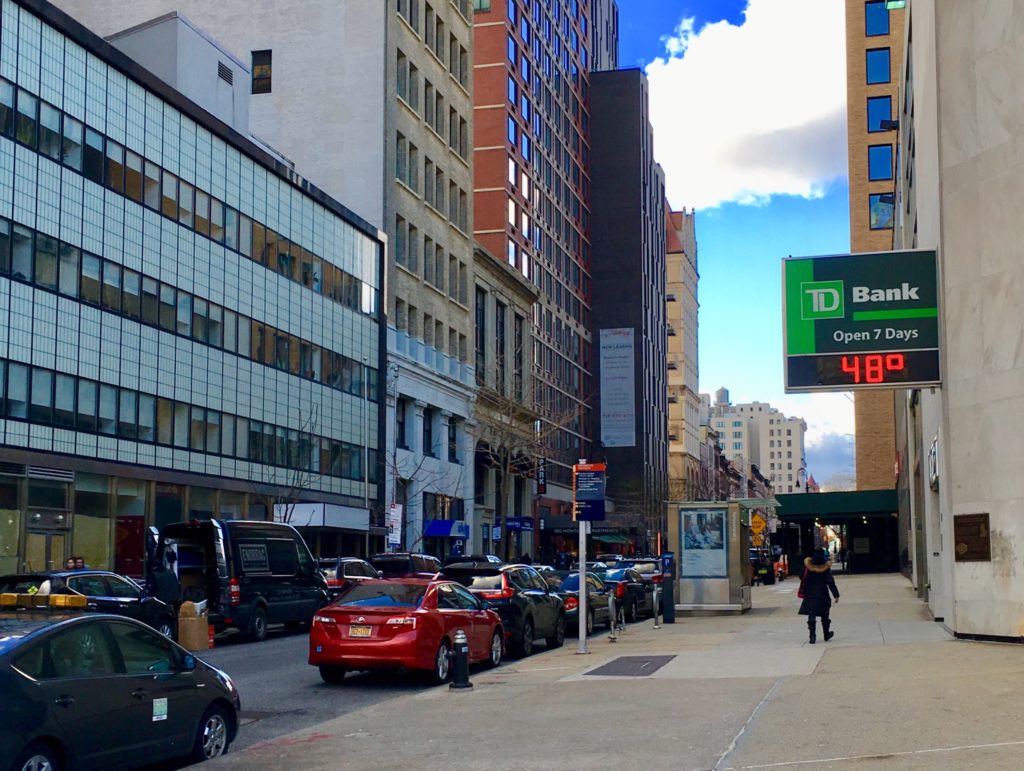 Community Board 2's Executive Committee supports residential development at 200 Montague St., which is the building at left. Eagle file photo by Lore Croghan

Midtown Equities wants to tear down the landmarked Modern architectural-style bank building on the site to make way for a 20-floor apartment tower.

Though 200 Montague St.’s exterior has been altered several times in its 60-year existence, the building was included in the Borough Hall Skyscraper Historic District, which was established in 2011.

The Executive Committee’s vote affirmed the decision CB2’s Land Use Committee made on Feb. 20 to approve the developer’s demolition and construction plans.

The committee’s recommendation now moves on to the city Landmarks Preservation Commission, which has legal authority over what’s built on properties in historic districts — and could forbid Midtown Equities from demolishing 200 Montague St.

The Landmarks Preservation Commission’s hearing about the property is set for March 5 at 1 Centre St. in Manhattan. See the agenda here.

The facade would be a combination of limestone and pale-colored glass fiber reinforced concrete.

All 121 apartments are slated to be market-rate units.

The bank building on the site was constructed in 1959 and 1960 by the Lafayette Safe Deposit Company, according to the Landmarks Preservation Commission’s designation report about the Borough Hall Skyscraper Historic District. Philip Birnbaum was the architect.

The bank sold the property to Midtown Equities for $25 million in 2007, city Finance Department records indicate.

A preservationist group focused on Modern architecture, Docomomo New York/Tri-State, wants 200 Montague St. to be saved from the wrecking ball.