Check out the winter wonderland in Red Hook’s Valentino Park 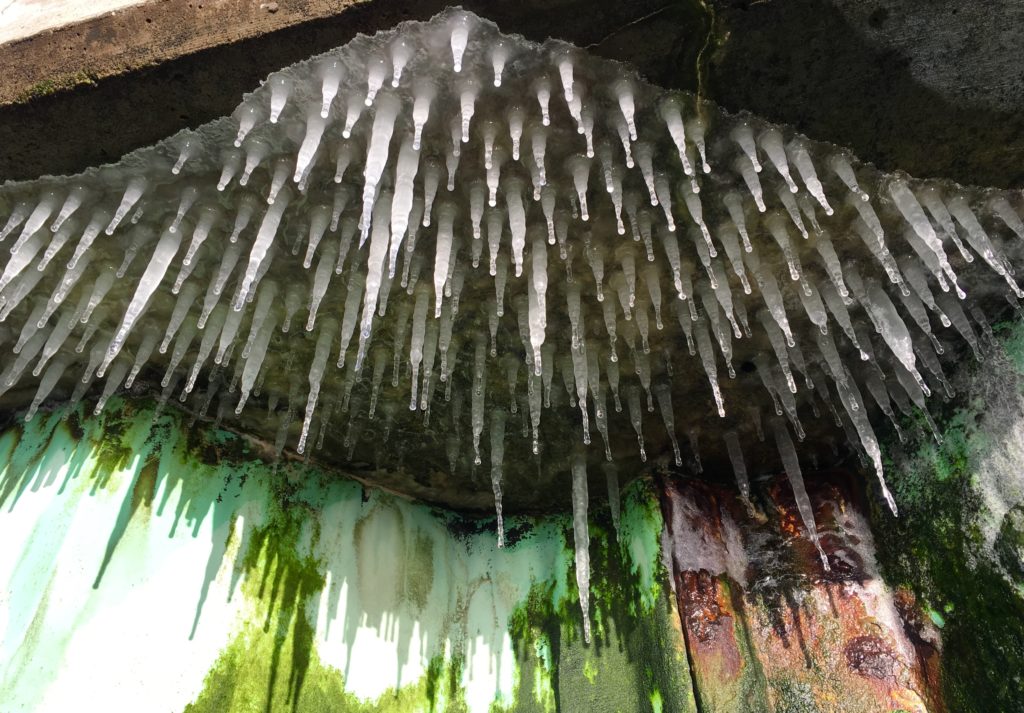 Winter is wearisome. But sometimes it sparkles up the landscape, which is welcome.

Just look at all these icicles at Louis Valentino Jr. Park in Red Hook.

The spiky stalactites are growing under the pier that juts out over a rocky shoreline and small sandy beach.

See how they glitter in the chilly February sunshine.

The Brooklyn Eagle made a weekend visit to the waterfront recreation area to snap these photos — and catch a rare glimpse of bright blue skies.

According to Weather.com, snow and a wintry mix are headed our way on Tuesday, which could add fresh layers of icicles to the already lavish display of frozen bling.

It won’t be sunny again until Feb. 17, the online weather service predicts.

The park is located at the end of Coffey Street. You’ve seen pictures of it. There used to be painted stone blocks on the park’s shoreline that spelled out the words “RED HOOK” in capital letters.

Superstorm Sandy washed some of the blocks away.

Louis Valentino Jr. Park and Pier is named after a firefighter from Rescue Company 2 in Crown Heights.

Valentino grew up in Red Hook and graduated from St. Francis College in Brooklyn Heights.