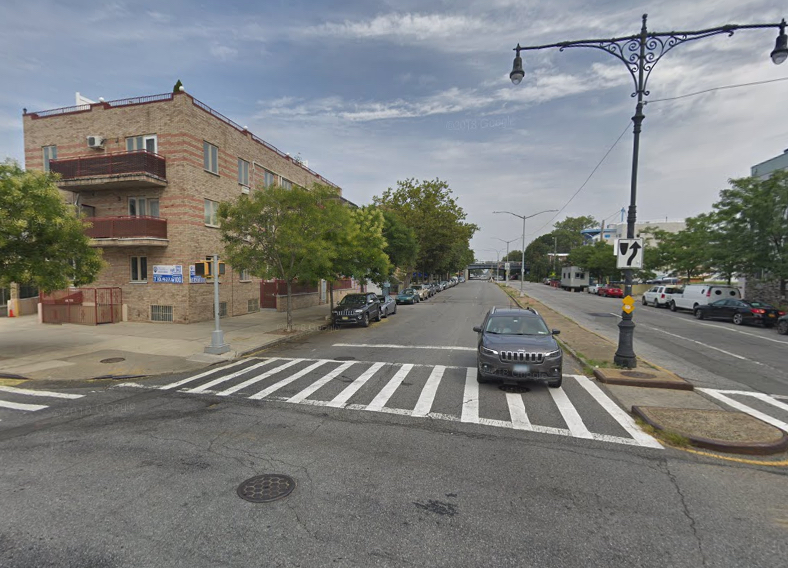 Intersection of Nostrand and Emmons Avenue in Sheepshead Bay Photo via Google Maps
Share this:

A Staten Island driver was charged on Thursday, two months after running over and killing a Sheepshead Bay woman as she crossed the street, police said.

Nicholas Didio was arrested on failure to yield to pedestrian and failure to exercise due care charges for mowing down Elina Sokolov on the corner of Nostrand and Emmons avenues in Sheepshead Bay.

On Oct. 11, Sokolov, 45, was walking “outside of the marked crosswalk” on Nostrand Avenue when Didio attempted to make a right turn onto Emmons Avenue in a 2015 Dodge Durango, police said.

Didio, 57, struck Sokolov, causing her to fall onto the passenger side tires. Sokolov suffered serious head and body trauma. She was taken to Coney Island Hospital where she was pronounced dead.

The motorist remained on the scene and was not immediately arrested. Didio received a desk appearance ticket and will be arraigned in Brooklyn Criminal Court on a later date.