September 17, 2018 By Paul Frangipane Special to the Brooklyn Daily Eagle A new citizen shakes Chief Judge Dora Irizarry’s hand as she receives her certificate of citizenship. Eagle photos by Paul Frangipane
Share this:

A smiling group of immigrants were welcomed in as new citizens in Brooklyn’s federal court on Monday as the court celebrated Citizenship Day with a special naturalization ceremony.

Spanning four continents of homelands, 50 new citizens sat with American flags in hand, in the Jack B. Weinstein Ceremonial Courtroom as they were officially naturalized and congratulated on their accomplishment.

“The men and women who will become citizens today and the thousands who are naturalized every year have given up everything, their countries, families and homes,” said Chief Judge Dora Irizarry, “many coming with nothing more than the clothes on their backs to pursue their hopes and dreams for a better future in the land of freedom.” The ceremony took place on Citizenship Day, also known as Constitution Day for the anniversary of the signing of the Constitution. The Brooklyn federal courthouse holds about 310 naturalization ceremonies a year, the most in the country. That translates to 50,000 to 65,000 new citizens being sworn in annually.

Before the new citizens were given certificates of their status, they received congratulations from U.S. Supreme Court Justice Sonia Sotomayor through a video presentation.

William Lohier, a Brooklyn high schooler and the 2018 NYC Youth Poet Laureate, then gave an energetic speech as the keynote speaker.

“It takes a tremendous amount of grit, luck and perseverance to start anew in a foreign country and ya’ll made it,” Lohier yelled to applause. “But without a doubt the most important right and responsibility that comes with being a citizen is voting.” 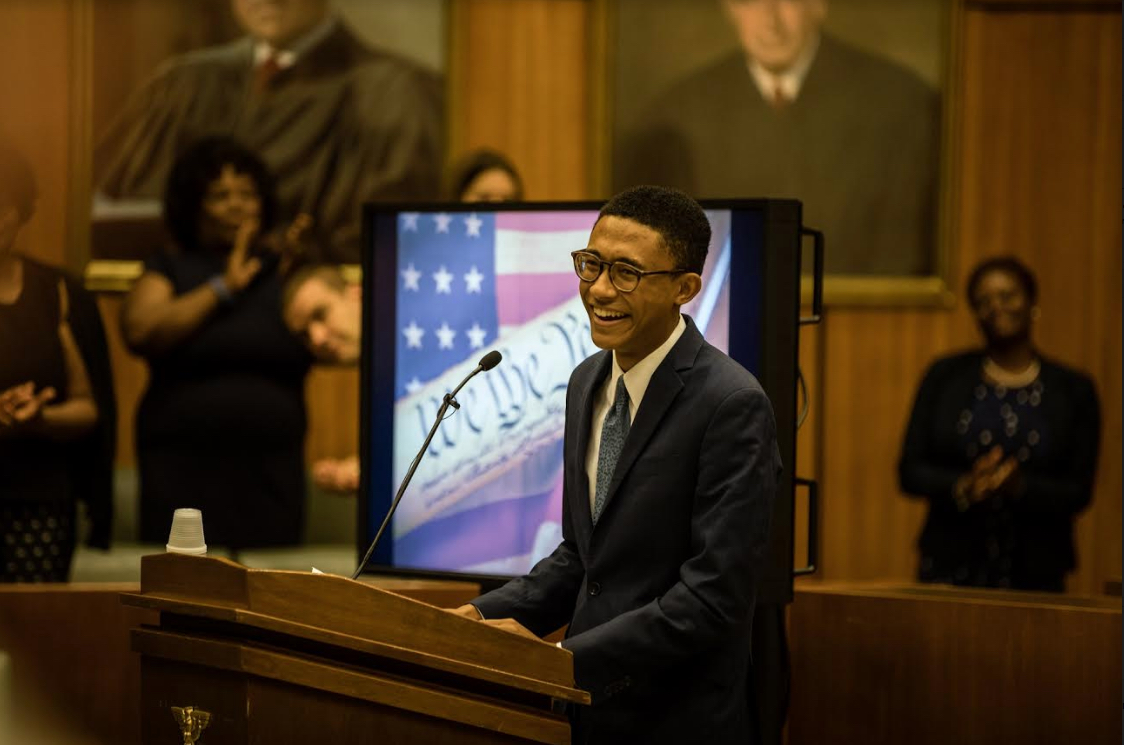 Before reading two of his poems to the crowd, the Stuyvesant High School senior drove in his point on the power of citizenship.