Attorneys from the Legal Aid Society filed a motion in Brooklyn on Tuesday on behalf of James Davis (pictured), who has spent 14 years in prison for a murder they say he did not commit. It feels that the Brooklyn DA’s Office has dragged its feet on an investigation it concluded over a year ago. Photo courtesy of the Legal Aid Society.
Share this:

The Legal Aid Society filed a motion Tuesday to vacate the conviction of James Davis in the Kings County Supreme Court based on newly discovered evidence it believes exonerates him.

“Mr. Davis’s trial attorney never investigated the case; but when we were assigned to the appeal, we discovered exculpatory evidence that clearly vindicates our client,” said Susan Epstein, Staff Attorney with the Criminal Appeals Bureau at The Legal Aid Society.

“This is yet another case of a mistaken identification that has robbed a man of 14 years of his life,” Epstein continued. “We call on the Brooklyn District Attorney’s Office to join us in this motion immediately, so that Mr. Davis’s nightmare can finally end.”

Davis was found guilty of murder for the shooting death of Blake Harper in 2006. The shooting took place at a crowded party at the Brooklyn Masonic Temple. There was no physical or forensic evidence connecting Davis to the shooting, and the case against him was based solely on a disputed eyewitness testimony, according to Legal Aid.

Legal Aid attorneys discovered that a former girlfriend falsely told police that Davis had been involved in the shooting, which caused him to be a suspect. His then-girlfriend corroborated Davis’ story that left the party early after having too much to drink, but he was arrested after three friends of the deceased identified him in a photo array and at a lineup.

At his first trial, jurors voted 11-to-1 to acquit Davis, but his then-girlfriend failed to testify at his retrial and he was convicted of second-degree murder and sentenced to 18-years-to-life in prison, Legal Aid said.

Since the conviction, Legal Aid has located several new witnesses, all of whom corroborate Davis’ story, they say. Two of the witnesses identified another man who they believed was the actual perpetrator.

The ex-girlfriend who initially accused Davis of the shooting died in 2013, but her mother has come forward to say that the young woman admitted that she made up the accusation against Davis because she was angry with him for being involved with another woman.

On top of all of this, two of the three original eyewitnesses have either retracted or changed their testimony, Legal Aid lawyers said. The third eyewitness has died.

A total of 24 convictions have been overturned by the Brooklyn District Attorney’s Office since Ken Thompson created the Conviction Review Unit. Only three of those exonerations have been announced since Eric Gonzalez, who ran the unit under Thompson, took over as DA.

Legal Aid attorneys explained that they filed this motion because they believe that the Brooklyn DA’s Office concluded its investigation more than a year ago, but has failed to move forward. They hope the motion will provoke the unit back into action to overturn the conviction.

“In Brooklyn, we take claims of wrongful convictions very seriously and have overturned 24 convictions to date,” said a spokesperson from the DA’s Office. “We also spent months investigating this case and interviewed many of the witnesses referenced in the defense motion as well as other witnesses. We will continue to investigate the claims made in the motion and respond to it in court.” 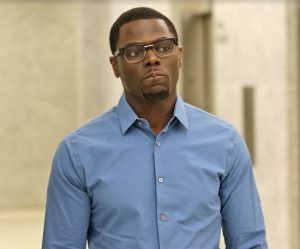