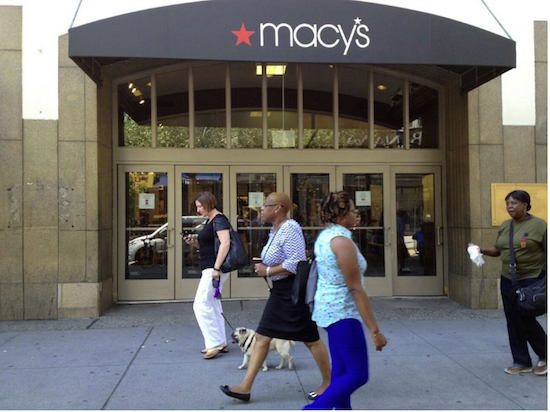 A 10-story rooftop office tower is being added to the oldest part of Macy’s Brooklyn store at 418 Fulton St.

The 19th-century cast-iron building is being integrated with the new addition as part of a $279-million redevelopment of Macy’s by Tishman Speyer, according to Brownstoner.

The Second Empire building’s mansard roof has been removed, but it will eventually be placed back onto the building. The building was built in the 1870s, then purchased in 1881 by Abraham & Weschler, which later became Abraham & Straus.

The Art Deco addition next door was built in 1929-30. The two building became Macy’s Downtown Brooklyn store when Macy’s took over A&S in the 1990s, Brownstoner added.

In Abraham & Straus’ heyday, according to Atlas Obscura, “White-gloved attendants ran the bronze elevators. Dapper gentlemen and society ladies could shop to their hearts’ content, from the fur salon and art gallery to the gourmet food hall in the basement.”