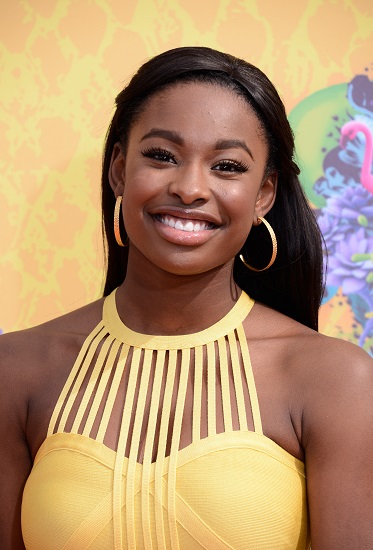 Greetings, Brooklyn.  Today is the fourth day of the year.

On this day in 1920, the Brooklyn Daily Eagle front page reported that tenants of the Standish Arms Hotel at 171 Columbia Heights protested huge raises in their rent — which in some cases doubled — since the sale of the building. Over the past century, the Standish has withstood a 1966 fatal fire, acquisition by the Watchtower in its growing real estate holdings, and recently a return to the tax rolls. The building was renovated over the past 5 years and marketed as luxury condos.

On this day in 1896, the Brooklyn Daily Eagle published President Grover Cleveland’s proclamation admitting Utah to the Union, making Utah the 45th state, some six years after Gen. Wilford Woodruff, president of the Mormon Church, issued his manifesto reforming political, religious and economic life in Utah. The Eagle indicated that religious liberty would be protected but that polygamy would be forever prohibited.

On this day in 1920, the Brooklyn Daily Eagle front page screamed that a roundup of 4,500 people described as radicals revealed a plot to overthrow the government. It was believed that agitators were strategically positioned in industrial centers and were planning strikes, particularly in the steel and coal industries. This roundup was a reaction to the Red Scare of 1919-20, fueled in part by the nationalist mood following World War I, the Bolshevik Revolution in Russia and growing unemployment and formation of labor unions, which were often and sometimes unjustly associated with communism.

On this day in 1935, the Brooklyn Daily Eagle front page reported on President Franklin D. Roosevelt’s address to Congress, telling a packed House chamber gallery that “the Federal government must and shall quit this business of relief.” Instead, his New Deal economic reconstruction and expansion proposal included the creation of meaningful jobs, Social Security and aid to local communities … The front page also published the transcript of Colonel Charles A. Lindbergh’s testimony on the witness stand, in which he stated that Bruno Hauptmann had received the $50,000 ransom money for Lindbergh’s’ baby son, who was already dead. The Eagle gave extensive coverage on subsequent pages to what it called the “Lindbergh-Hauptmann drama.”

On this day in 1944, the Brooklyn Daily Eagle front page reported that Russian forces had invaded the pre-war borders of Poland on a westward march, forcing their German foes’ retreat. Locally, the state Supreme Court justices of Brooklyn and Manhattan were petitioning to get salary raises to $25,000 per year. New York jurists have complained for decades of being underpaid for their caseloads and dockets. Nowadays, the standard pay for New York State Supreme Court judges is in the $175,000 range, which still considered low in some circles.

TODAY IS WORLD BRAILLE DAY. Louis Braille created a simple, effective and revolutionary tactile system of communication for the blind in 1824. Permanently blinded at the age of 3 by a leatherworking awl in his father’s saddle-making shop, he developed a system of writing that used an awl-like stylus to punch marks in paper that could be felt and interpreted by people who are blind. This day is observed on his birth anniversary and commemorates his life and work. For more information, visit worldbraillefoundation.com.

JACOB GRIMM WAS BORN ON THIS DAY IN 1785. The librarian, mythologist and philologist is best remembered for “Grimm’s Fairy Tales” (in collaboration with his brother Wilhelm). He died in Berlin in 1863.

SIR ISAAC NEWTON WAS BORN ON THIS DAY IN 1643. Newton was the chief figure of the scientific revolution of the 17th century, a physicist and mathematician who laid the foundations of calculus, studied the mechanics of planetary motion and discovered the law of gravitation. He died in 1727 in London.

THE EARTH WILL REACH PERIHELION TODAY. At approximately 9:18 a.m. planet Earth will reach perihelion, that point in its orbit when it is closest to the sun. Earth’s mean distance from the sun (mean radius of its orbit) is reached early in the months of April and October. Note that Earth is closest to the sun during the Northern Hemisphere winter.

THE POP MUSIC CHART WAS INTRODUCED ON THIS DAY IN 1936. Billboard magazine published the first list of bestselling pop records, covering the week that ended Dec 30, 1935. On the list were recordings by the Tommy Dorsey and the Ozzie Nelson orchestras. BENJAMIN RUSH WAS BORN ON THIS DAY IN 1746. The physician, patriot and humanitarian of the American Revolution was a signer of the Declaration of Independence, and his writings on mental illness earned him the title “Father of Psychiatry.” His tract “Inquiry” attacked the common wisdom of the time that alcohol was beneficial. He was the first American to call alcoholism a chronic disease. Rush died in Philadelphia in 1813.

ALVIN AILEY WAS BORN ON THIS DAY IN 1931. Ailey began his noted career as a choreographer in the late 1950s after a successful career as a dancer. He founded the Alvin Ailey American Dance Theater, drawing from classical ballet, jazz, Afro-Caribbean and modern dance idioms to create the 79 ballets of the company’s repertoire. He and his work played a central part in establishing a role for blacks in the world of modern dance. He died in New York in 1989.

“How often when we are comfortable, we begin to long for something new!” — philologist Jacob Grimm, who was born on this day in 1785