Friday December 29, Our World in Pictures ROMANIA – Santa Walks His Donkey: A man wearing a Santa Claus outfit walks with a donkey in Piatra Neamt, northern Romania, Thursday. A parade of new year’s traditions took place in the city.

NEW YORK – NYPD Graduation: New police officers hug and celebrate amidst confetti during their graduation ceremony at the Beacon Theatre in New York, Thursday. The new recruits will join approximately 36,000 other police officers on the largest police force in the United States.

IRAQ – Rebuilding Mosul: In this photo, construction workers carry a generator as a bulldozer remove debris from destroyed shops in the Old City of Mosul, Iraq. Along the neighborhood’s gutted roads, a handful of people are beginning to rebuild but the task ahead will take years _ and billions of dollars. 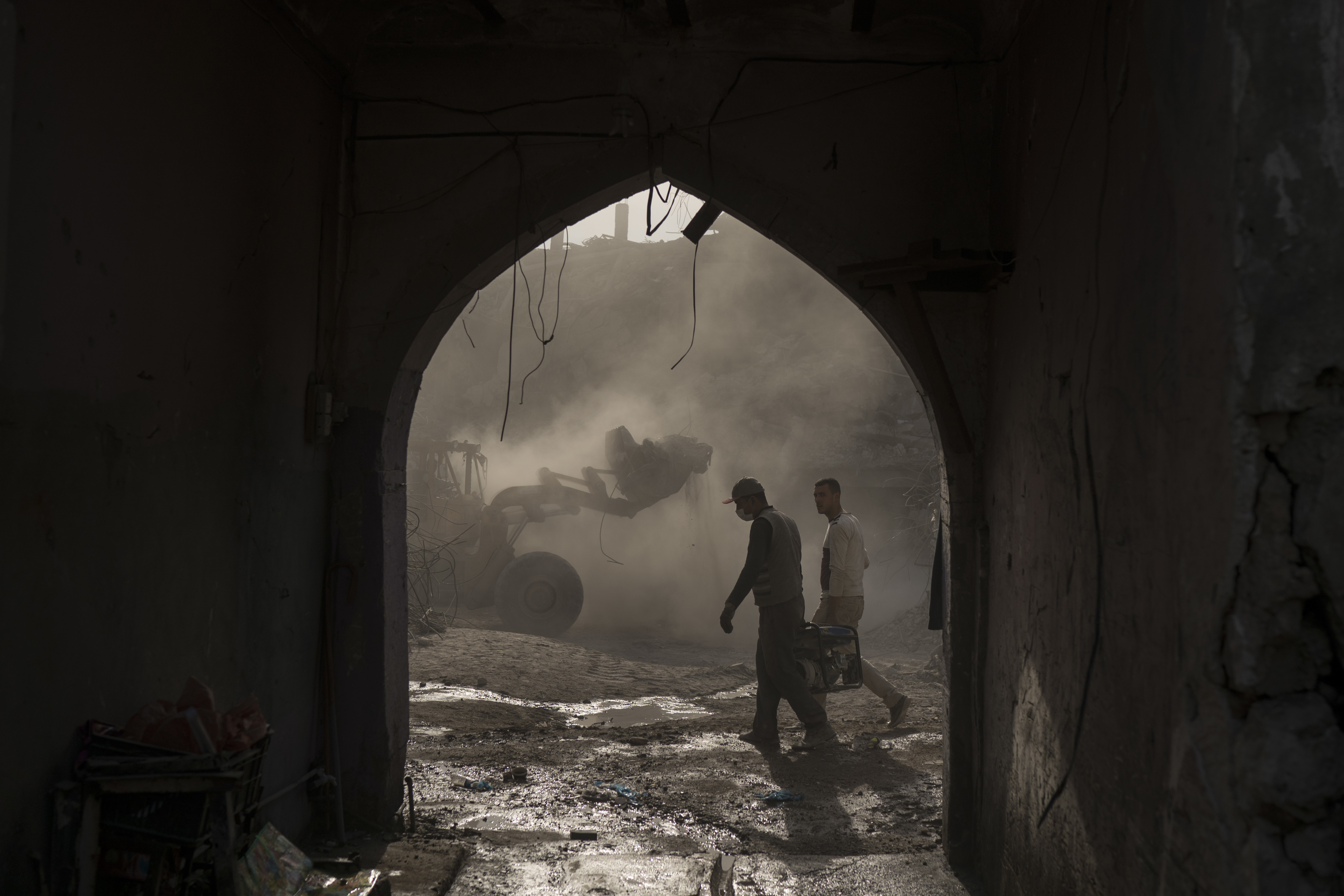 Thursday December 28, Our World in Pictures