Tuesday December 5, Our World in Pictures CANADA — Supermoon Rises: The moon rises over the CN Tower and skyline in Toronto, Ontario, on Saturday. The Dec. 3 full moon will be the first of three consecutive supermoons. A supermoon is a full moon or a new moon that approximately coincides with the closest distance that the moon reaches to Earth in its elliptic orbit, resulting in a larger-than-usual apparent size of the lunar disk as seen from Earth.

BOLIVIA — Voter Makes His Way to Polls: A man walks to a polling station to vote in Mecapaca on Sunday. Citizens headed to the polls to elect their country’s top judges, including Supreme Court justices. MYANMAR — Supermoon Ascends: The moon rises behind the Uppatasanti Pagoda seen in Naypyitaw on Sunday. The Dec. 3 full moon was the first of three consecutive supermoons. The other two will occur on Jan. 1 and Jan. 31, 2018. MARYLAND – Trump Meet Trump: President Donald Trump walks up the steps of Air Force One at Andrews Air Force Base in Md., Saturday. Trump is heading to New York to attend Republican fundraisers. HONDURAS – Protesters Against Curfew: Anti-government protestors gather around barricades in protest during a government imposed dawn-to-dusk curfew in Tegucigalpa, Honduras, Sunday. Opposition leaders have called for a mass march against the purported election fraud on Sunday and for the presidential election to be held again after the country erupted in deadly protests over the delayed vote count. 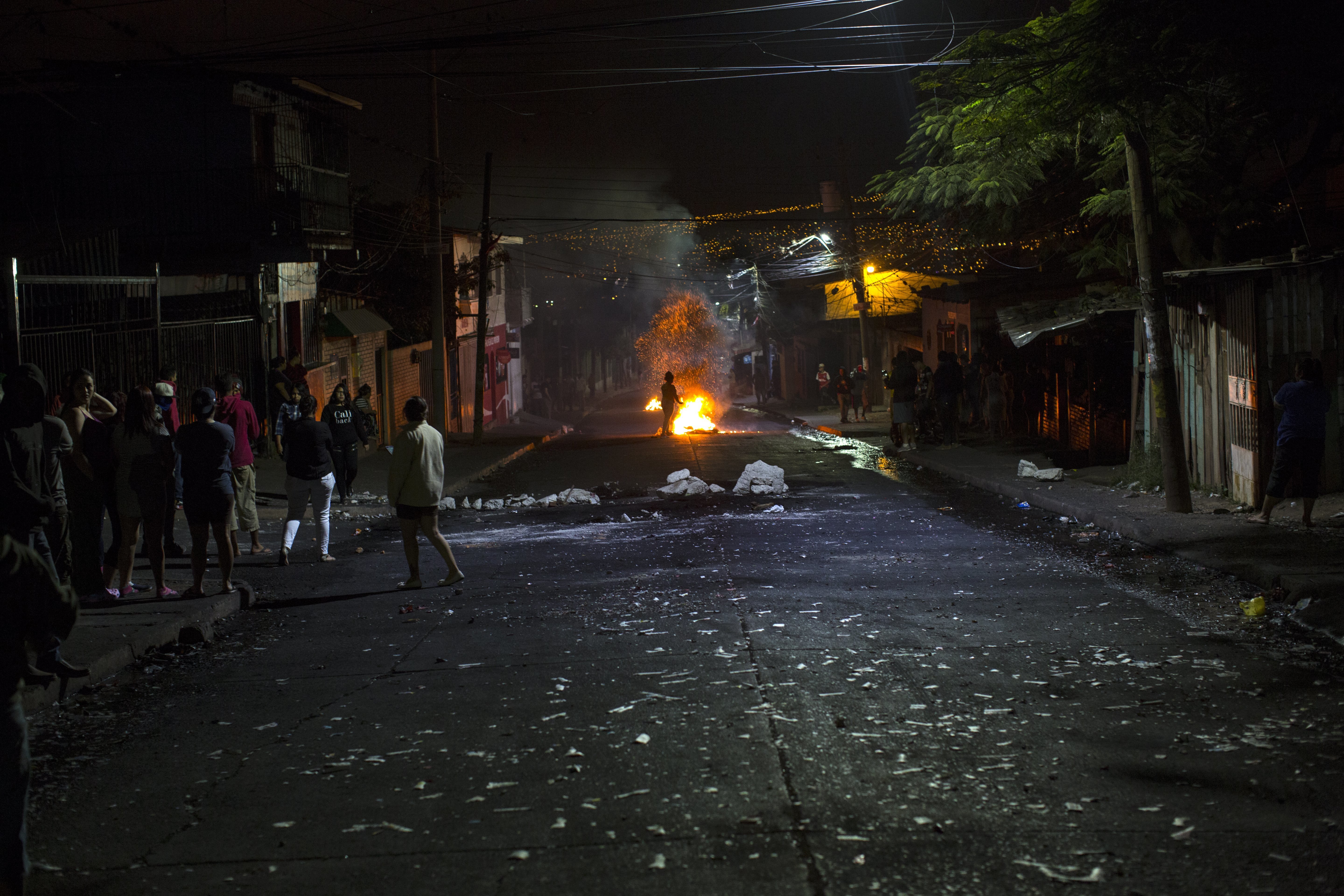 WASHINGTON – Helmet Contact: Seattle Seahawks’ Paul Richardson, left, has his helmet pulled back as Philadelphia Eagles’ Ronald Darby makes contact on a pass attempt to Richardson during the second half of an NFL football game, Sunday, in Seattle. Monday December 4, Our World in Pictures