Friday November 3, Our World in Pictures ARIZONA — Boy Paddles in Reservoir: In this Wednesday photo, Eddie Bistline paddles on the north reservoir at sunset in Colorado City. The community on the Utah-Arizona border has been home for more than a century to a polygamous sect that is an offshoot of mainstream Mormonism.

BELARUS — City Commemorates Revolution Anniversary: A member of Belarusian Pioneers youth organization salute standing in front of the monument of Vladimir Lenin (not pictured) during a ceremony marking 100th anniversary of the Russian Revolution of 1917 in Minsk on Friday.

CHINA — Skaters Compete: Kirsten Moore-Towers, top, and Michael Marinaro of Canada compete in the Pairs Short Program during the Audi Cup of China ISU Grand Prix of Figure Skating 2017 at the Capital Gymnasium in Beijing on Friday. 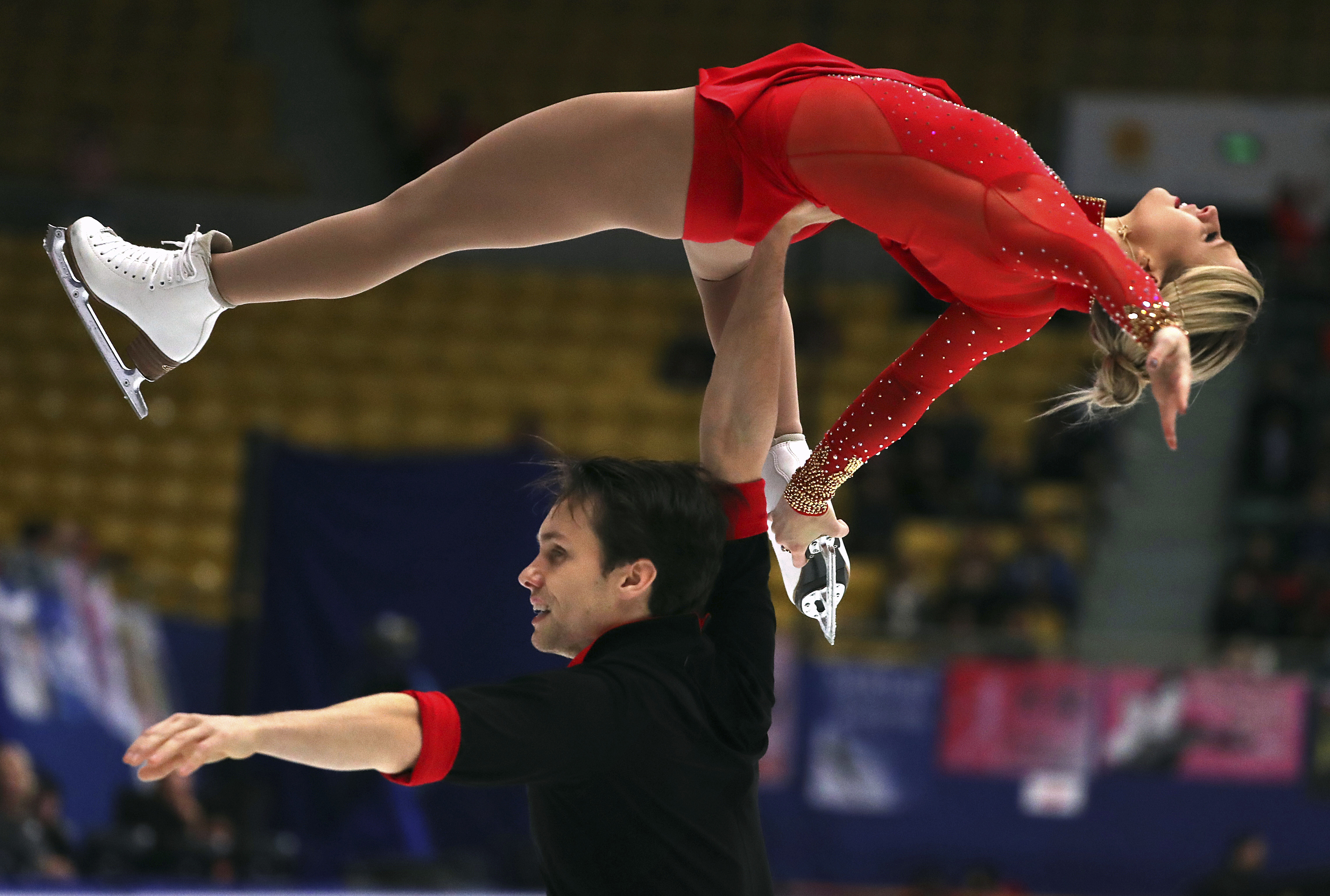 NEW YORK – Manhattan Bike Memorial: Eric Fleming, 41, stops by to express his condolences in front of a bike memorial where people leave flowers to remember the victims of the attack on Thursday, in New York. A man in a rented pickup truck mowed down pedestrians and cyclists along the busy bike path near the World Trade Center memorial on Tuesday, killing at least eight and seriously injuring others in what the mayor called “a particularly cowardly act of terror.” WASHINGTON D.C. – Tax Policy Meeting: President Donald Trump holds an example of what a new tax form may look like during a meeting on tax policy with Republican lawmakers in the Cabinet Room of the White House, Thursday, in Washington, with House Speaker Paul Ryan, R-Wis., and Chairman of the House Ways and Means Committee Rep. Kevin Brady, R-Texas, right. GUATEMALA – Woman Burns Incense: A Kakchiquel Mayan women burns incense as carriers shoulder a religious float with a statue of the Virgin Mary, during Day of the Dead celebrations at the cemetery in Santa Maria de Jesus, Guatemala, Thursday. Residents of this Kakchiquel town under the slopes of the Volcan de Agua celebrate the Day of the Dead visiting the local cemetery and decorating the tombs with flowers. PERU – Chalk Drawn Jesus: In this Saturday photo, a man works on a chalk drawing depicting the Sacred Heart of Jesus, on a portion of the procession route honoring a 17th century rendering of Jesus Christ known as, “The Lord of Miracles,” in Lima, Peru. It is one of the largest processions in the Roman Catholic world, attracting more than 100,000 people. Thursday November 2, Our World in Pictures